Hear about how the duo who puts monkey sounds in their tracks, deals with the constantly changing electronic music scene, and how they create insane energy on stage.

Alexander Odden from Norway and Michael Parsberg from Denmark are two experienced and passionate electronic music producers. These two Scandiravians, as they call themselves, have been working alongside each other for a decade, but it wasn’t until three years ago that they took the leap together. They set other projects aside and joined together to produce original music as a duo under the name Pegboard Nerds. We had an interview with them while they were in Tampa, Fla., and got to experience their fun energy live.

Check out the video to hear how they came up with the name Pegboard Nerds, experience their happy personalities live. Who doesn’t want to dance in front of a cool, energetic Dane and a jumping Norseman with long hair?

When opening a festival in Canada, Parsberg explains the close connection they had with the small crowd of six people, before more people showed up.

“It’s our philosophy that if we don’t show the audience that we are enjoying ourselves, we couldn’t expect them to enjoy themselves. (…) Those six people had the best time of their lives. The interaction was fantastic. It’s just about giving yourself to the audience no matter if it’s 5, 50, 500 or 5000 people.”

Settling conveniently with a career of producing for others, was not enough for these two sought-after producers. They followed their goal to create a unique body of work, and the contrast is obvious between any of the newly established EDM duos out there, and these two mature and experienced musicians. Their tracks are not only well-produced but they have a characteristic sound that separates them from the rest. And their confidence from years of performing allows them to blast insane energy on a stage. 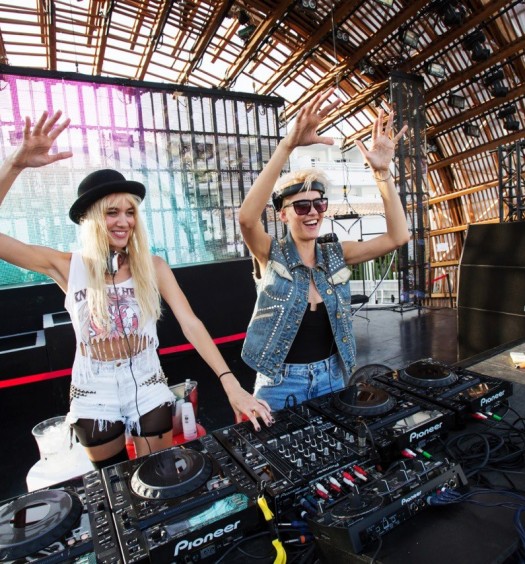