We had the opportunity to sit down with Australian vocalist Conrad Sewell recently to talk about his life and his music. Conrad Sewell is known for his most recent singles “Hold Me Up,” and an epic feature on Kygo’s song “Firestone.”

Conrad sat down with us prior to his performance with Kygo at Coachella. The young vocalist will be touring Europe and America this summer, with plans to release his debut album in September. Make sure to keep an eye on his Twitter and Instagram for his latest updates.

CK: Tell me about your start in music, and life.

Conrad Sewell: I grew up in Brisbane, Australia; I had a pretty normal upbringing. I moved to Europe when I was 18 with my band, and moved to America about two years ago.

CK: Who got you into music?

Conrad Sewell: My grandparents used to sing, but my mom was also very creative. She didn’t push any of us kids into music, but she was very happy when we were singing. My sister sings as well.

CK: Have you ever worked with your sister on an album?

Conrad Sewell: Not on an album, but on different tracks together.

DW: Do you also produce? Or only vocals?

Conrad Sewell: I write all my own songs, but I don’t produce. I play piano, guitar, flute…

CK: How was your first experience on stage? How old were you?

Conrad Sewell: A big stage of importance, I was probably about 12. I was singing at a fashion event, it was really amazing to me. It was when I got that “first buzz” on stage.

CK: What was the defining moment in your career? Was Coachella the biggest crowd you played for?

Conrad Sewell: Yeah, it was probably the biggest thing I’ve done festival-wise. “Firestone” was my first top 10 in the UK, and it’s nice to hear the crowd reaction. Each platform you get to, whether supporting someone else or by yourself, is such a milestone. I still get nervous on stage, but it’s good to feel that.

CK: You wrapped up a tour with Ed Sheeran recently, how did you guys meet?

Conrad Sewell: I met Ed about a year ago, and our voices just worked well together. It was a lot of fun to tour with him.

DW: How did it feel when you worked with Brian Lee on your first single “Hold Me Up”?

Conrad Sewell: You know, I’ve worked with a lot of big name producers and songwriters this last 5 years. And I’ve come to realize that just because they’ve had success in the past, it doesn’t mean that it will happen with you. You really need the right team, at the right time. And with “Hold Me Up” I had a great experience and the team was just right. I learned a lot from the team.

CK: What process do you take when writing a song?

Conrad Sewell: I like to start from scratch with songwriting. I generally just sit at the piano, and get a great melody and go from there. After that, I think about the structure and the lyrics. To me, melody is so important. When I wrote “Firestone” I saw a sign on the side of the road, and I liked the ring to it. I walked into the session with the name in my head. I wrote this song for Steve Angelo originally, but Kygo ended up liking it and wrote a track for it.

CK: Did you like the song when you heard Kygo’s version?

Conrad Sewell: I was surprised by Kygo’s version. It was really different, the 3rd or 4th time I heard it I was just blown away. I love it.

DW: Your album is set to release this year. When should we expect it?

Conrad Sewell: This September. We will be touring through Europe, and then will be back in June and July for an American tour.

DW: On your newest album do you collaborate with other artists?

Conrad Sewell: We collaborate with a lot of musicians, but the lyrics and vocals are mine. It’s a little more pop, but with piano ballads. I listen to musicians like Elton, Kanye West, and other artists and really wanted to pull that vibe in together. It’s all live. It ranges from R&B, to gospel. It’s a wide range.

DW: If there is one artist you could meet alive or dead, who would it be and why?

Conrad Sewell: I think Michael Jackson would be a massive one for me. He was such a perfectionist; I would love to write something with him (if it was possible).

CK: Where do you see yourself in 5 years?

Conrad Sewell: I would like to be playing every night, putting out records.

CK: It’s the zombie apocalypse, you have one weapon, what is it?

Conrad Sewell: A bow and arrow. I’d be like Robin Hood.

CK: Where can fans expect to find your debut album?

CK: Well thank you so much for sitting down with us! We’ll be looking for your album, which is set to release in September!

Conrad Sewell: Thank you! We’ll see you later on! 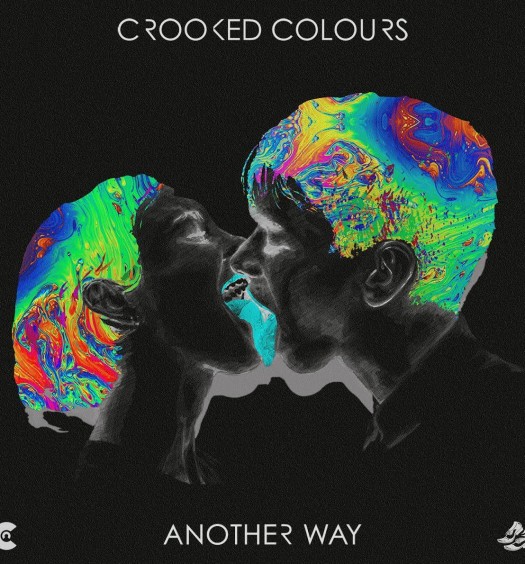