Most of us will only ever hear tales of Woodstock from Internet recounts or, if you’re lucky enough, from the mouth of someone that actually went there. While we may not have been able to enjoy Woodstock first-hand – and were too young to attend the #fail that was Woodstock ‘99 – we still can revel in the greatness of its headliners. There’s no doubt that Woodstock ‘69 gave Jimi Hendrix the stage to wow 400,000 adoring fans as one of the first major festival headliners.

But Hendrix, even being the powerhouse that he was, received nowhere near the  paycheck he would have gotten if he performed a set at something like Lollapalooza. Variety created a chart that sizes up the stacks of our vintage favorites. Compared to today’s top DJs, legends like Santana, Sly and the Family Stone and Hendrix, too walked out with chump change.

It’s estimated that David Guetta earns $350,000 per performance, which blows the mere $18,000 check Hendrix took home right out of the water. Granted, when adjusted to match inflation, the current dollar value Hendrix walked away with would be around $114,000. That is still a third of the cash that Skrillex, Tiesto, Afrojack and the like earn per performance. Our favorite EDM artists may have differing styles, but they have one main thing in common: they’re getting paid. 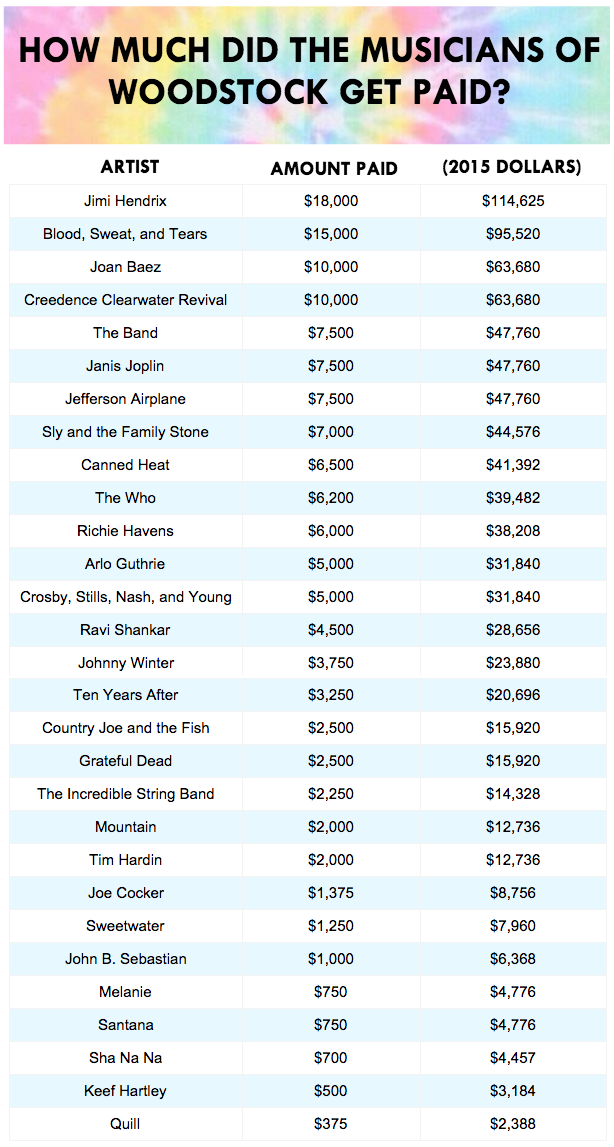 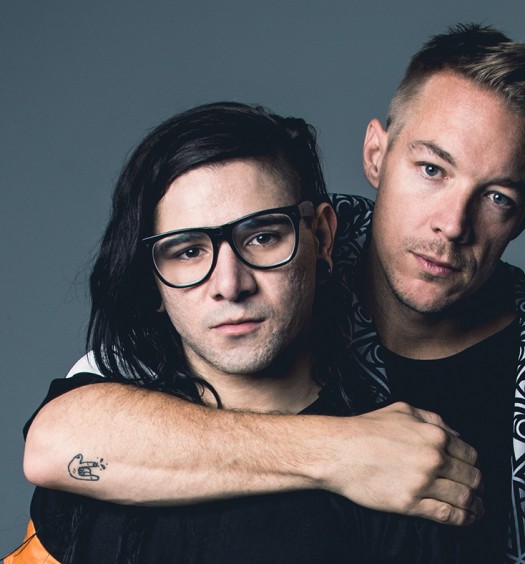