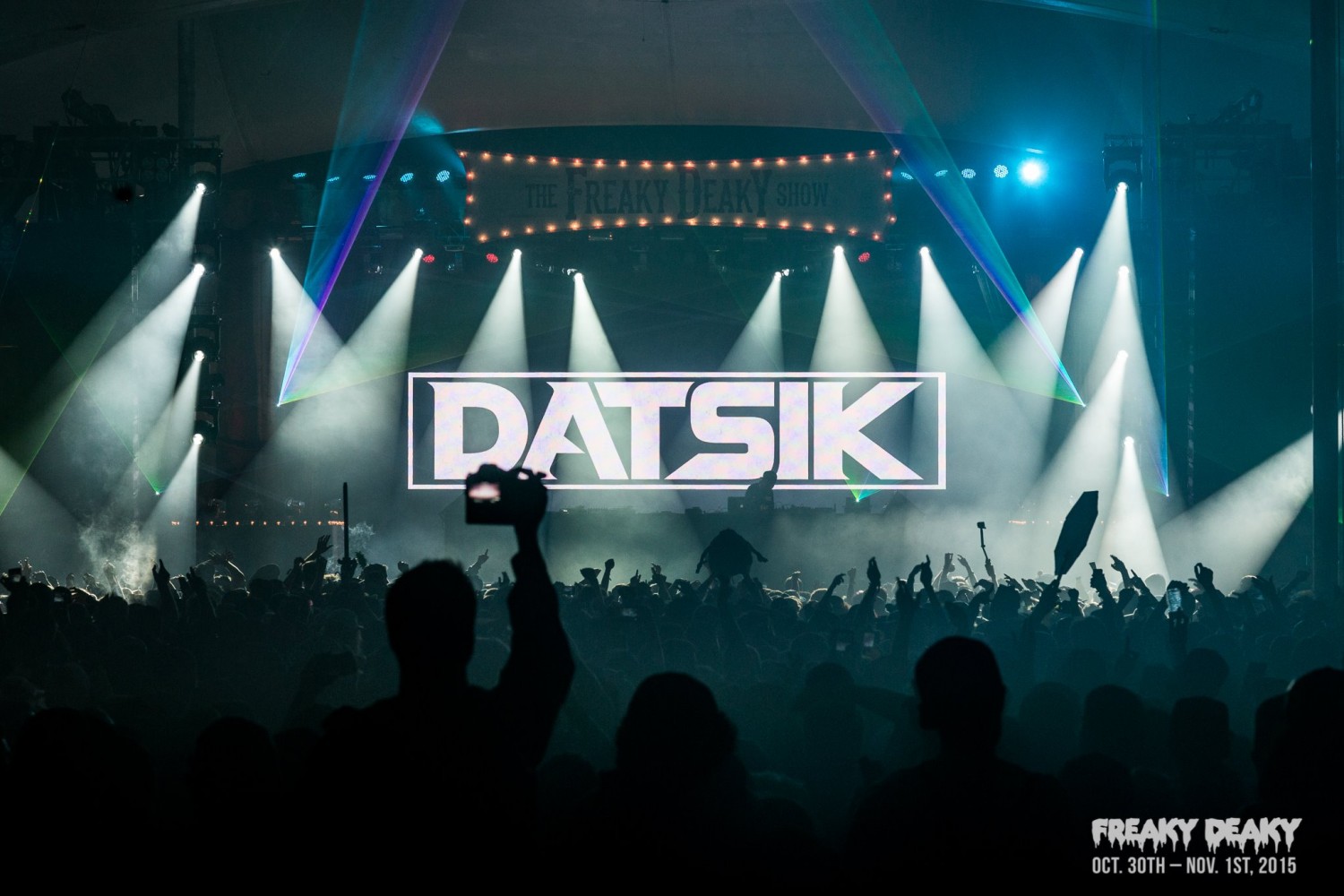 Halloween weekend was a chilly one for those in attendance at Freaky Deaky on Halloween Weekend. The festival took place at Toyota Park in Chicago over the course of three days that drew in thousands of guests. And let me tell you, when they call it the “Windy City,” they aren’t bluffing!

DAY ONE
Lodging about an hour away from the venue, we decided to take advantage of the official Freaky Deaky shuttle busses in downtown Chicago that were departing from the Hard Rock Hotel. After receiving our shuttle bands we proceeded to find the busses around the corner and a bit of excitement overcame me; they were school busses! Yes, we were on vacation and about to go on our first field-trip in over a decade.

When we arrived to Toyota Park, we were greeted with a blast of chilly 13mph winds as we stepped off the bus and I had wondered if choosing a costume over winter clothing was a mistake. The will call area was a short walking distance away and we were able to pick up our passes hassle-free in a matter of minutes. Security was just as strict as any other festival, but we were inside shortly after.

The three stages were set up in a row just outside of Toyota Park facing us. Straight ahead of us was The Crypt stage, also known as the trance arena, that appeared to be a small castle. On either side of that stage were two others that were enormous carnival-like tents, both equal in size. To the left was The Shrine and to the right was The Big Top that were both stretched out tents held up by a countless number of steel beams. As not many people had arrived yet, we decided to scope out the area and see what this freak fest had to offer.

Unlike other festivals, this one was not a cashless system. All of the vendors accepted cash and credit/debit cards using the Square app. The food options ranged from carnival-like funnel cakes and fried Oreos to pizza and burgers. And we can’t forget about the thirst-quenching fresh hand-squeezed lemonade! Most of the drink and food options were decently priced between $3-$7. There was a good amount of merchandise vendors; official Freaky Deaky merch, art, psychedelic glasses, flow toys and much more. We roamed around observing costumes, did a little shopping, grabbed some drinks (despite the cold) and started our journey into the evening.

By the time 7 p.m. rolled around the temperatures were in the high 40s and with the wind it’s safe to say we were getting chilled to the bones, adding to an even more eerie festival experience. It was time to head over to Borgeous, where you could see the crowd jumping as one from afar. We quickly ran into the crowd to avoid the wind freeze and continued with non-stop energy. This is the first time of the evening the lasers and light shows started to become of higher quality.

By this time in the evening the venue was packed with attendees in every costume imaginable from ghastly-looking creatures on stilts to gremlins jumping in your face. And yes, they got me a few times and I jumped.

Next up was one of my all time favorites, Audien. This was, without a doubt, the most incredible set of the weekend which took place at The Crypt. I would describe his music as uplifting to the point where it’s impossible to cease smiles. Everyone had their hands up for most of the show and I’ll admit that I had some tears roll down my face. This would have been my ninth time seeing Audien since I first discovered him two years ago.

Bassnectar was last, and he ended day one on a high note. The most passionate Bassnectar fans got to the festival when gates opened and set up camp at front row of The Shrine for seven hours until he came on at 9:45 p.m. As we approached the tent it was obvious that we wouldn’t be able to get anywhere near close, not even in the crowd or under the tent. The hardstyle was in full effect but with the temperature in the low 40’s, wind chill and no where to take cover, we were forced to head back to the shuttle busses to seek warmth.

DAY TWO
Due to chilly temperatures, delayed shuttles and horrible traffic getting to Freaky Deaky, we didn’t arrive until sometime around 7 p.m. We were greeted with long lines at the entrance as festivalgoers waited for the rain to dissipate. And after a long, stressful journey we finally made it past security and in to the gates shortly after 8:30 p.m.

We were saddened to have missed Tritonal/Cash Cash, Benny Benassi and most of Borgore but these things happen and we weren’t going to let it put a damper on the night.

By the time we got situated it was already time for the closing acts of the evening. Armin van Buuren and Big Gigantic were our must-see acts. We spent a lot of time going back and forth as it was a short five-minute walk between the stages. Armin had the crowd going up and down from the trance side to the drops, similar to that of the stock market. Flow artists were in full effect, guests sitting down in the back enjoying the music and the stiff crowd at the front getting as close as they can. Big Gigantic brought more of a jazzy type of night, one that I would say is similar to Griz.

Stepping back and reflecting on the day, though it may have been a struggle, we still made it. The two skeletal statues that would shoot out fire every few seconds, the teenagers playing carnival games like they were kids again winning stuffed animals, the Ferris wheel and ship rides–it was all beautiful and everyone was full of energy. Saturday was the coldest night and the shortest amount of time we were able to attend during the weekend. With a deep breath, we walked to the exit smiling at other attendees and asking them how their night was, knowing that tomorrow brought warmer weather without the rain.

DAY THREE
To make a long story short, we made it in the festival in time for Datsik at 7:10 p.m. on the final day. From shuttles, to traffic, to lines… it was no joke. Chicago is a city that is overly congested 24/7 as there isn’t any clarity to rush hour traffic. We pushed our way all the way to the front right hand side of The Big Top stage where I guess you would classify everyone as headbangers? The energy was the most intense I’ve ever witnessed and for that reason I joined right in! The crowd moved as one and it almost a violent looking dance routine. After about 45 minutes of getting down the heat was unbearable, my calves felt like I had ran a marathon, and getting hit in the head twice by elbows, I figured it was time to get some fresh 48-degree air.

The air felt great after Datsik but it didn’t last for long until we were cooled off. Thankfully, Oliver Heldens was next up at The Shrine. The beautiful deep house started and my feet started moving and I started warming up (I’ve been trying to learn some deep house dance moves but it hasn’t been working out too well). We met some fellow flow artists that we poi’ed and staffed with during the entire set of Heldens. This was one of the more beautiful sets of the weekend as we met an abundance of attendees, shared flow toys and showed our art through the music. Heldens is a show that isn’t to be missed by any house fans and you’ve got to love when he gets up in front of the DJ booth and does his famous shuffle!

We spent a majority of the final sets at Carnage. The hard (what seemed like 300 beats-per-second) music had up jumping around for 20 minutes until it was impossible to dance anymore.

Observing everyone having the time of their lives, it’s obvious that Freaky Deaky was one for the books. This costume/Halloween-based festival was unique and something that many have never experienced, even ravers who are active in the festival scene.

We went back to the school busses for one last trip, feeling down that the weekend has come to an end. The festival was a blast and there isn’t anything that I would change except maybe some space heaters, as the weather was a struggle for my Floridian blood. 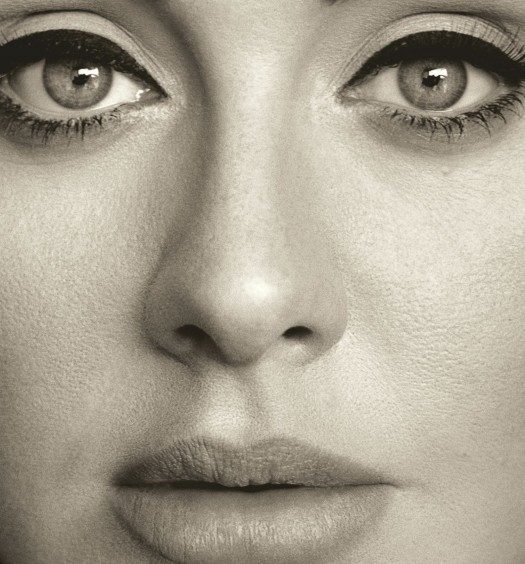 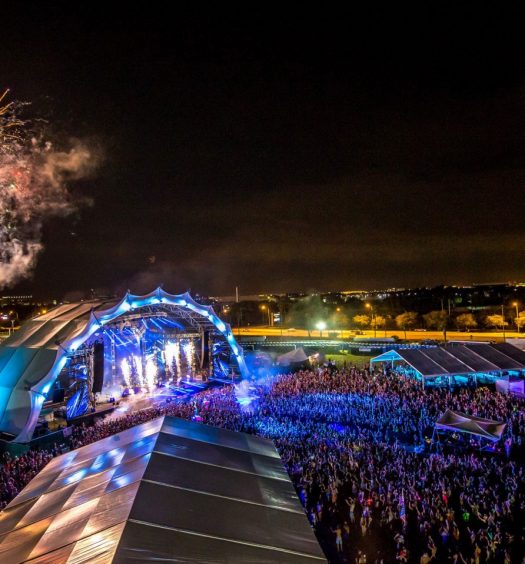