Apple users are used to rumors of new updates and phones coming out, and the newest addition to the rumor mill is that Apple will do away with the headphone jack on the next iPhone. That means using bluetooth headphones and going completely wireless. But before you get too concerned, remember that Apple has neither confirmed nor denied these claims.

“Sources” who refuse to be named are mainly to cause for the uproar from people who don’t want to buy all new software and new headphones to go with the next generation of iPhones.

There’s a petition with over 200,000 digital signatures asking Apple to keep the jack as it is:

Apple is about to rip off every one of its customers. Again.

Forbes and FastCompany are reporting that Apple plans to ditch the standard 3.5mm headphone jack when it releases the iPhone 7 later this year. Only a massive international campaign can force Apple to change course now.

Not only will this force iPhone users to dole out additional cash to replace their hi-fi headphones, it will singlehandedly create mountains of electronic waste — that likely won’t get recycled. According to the United Nations, up to 90% of the world’s electronic waste is illegally traded or dumped each year.

Tell Apple to respect its customers and our planet. Keep the standard headphone jack.

This is right out of the Apple corporate playbook. A few years ago it swapped out the original iPod-dock connector with a new one, making countless cords, cables and chargers obsolete.

Apple plays up its green credentials, but the truth is that Apple only invested in renewable energy, and began phasing out toxic chemicals when public pressure became too strong to ignore. People power did it before, and we can do it again.

We won’t know what Apple plans next until they have an official announcement. But if you’re upset with the possibility, go ahead and sign the petition today. 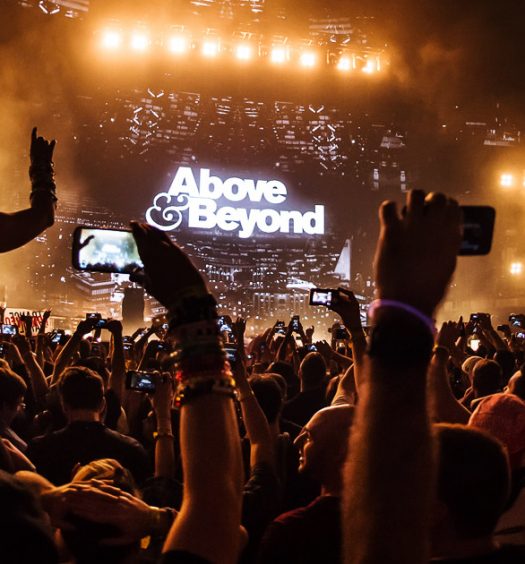 Above & Beyond to Host One-day ‘Anjunabeach’ Festival

Read More
Above & Beyond to Host One-day ‘Anjunabeach’ Festival