The Bernie Sanders campaign has been extraordinarily successful reaching young voters through music. Vampire Weekend has performed in two rallies for the candidate, Grizzly Bear reunited to do a show for Bernie, Red Hot Chili Peppers performed a benefit concert for him back in February, and he’s been endorsed by big names like Killer Mike, Steve Aoki, Justin Vernon, and Diplo.

Now, the Sanders campaign has a new and exciting rally/party in store for those who #FeelTheBern. Smack dab between Coachella weekends comes the free music festival event of the campaign season: Berniechella Block Party!!!

Scheduled for Thursday, April 21 from 5 p.m. through midnight and Friday the 22nd from 9 a.m. to 2 p.m., the two-day lineup includes Edward Sharpe and the Magnetic Zeros frontman Alex Ebert, Ozomatli, Groupo La Meta, Moses Summey, and Venus and the Moon with DJs including Shepard Fairey and Zoe Kravitz.

Organizers are paying for the event in full with no funding being reaped from the city. There will be beer gardens, food trucks and live art exhibitions all located in Old Town Coachella.

Sanders has not yet confirmed if he will be appearing at the event, but the invitation has been extended. Expected turnout is anywhere between 1,500 to 3,000. 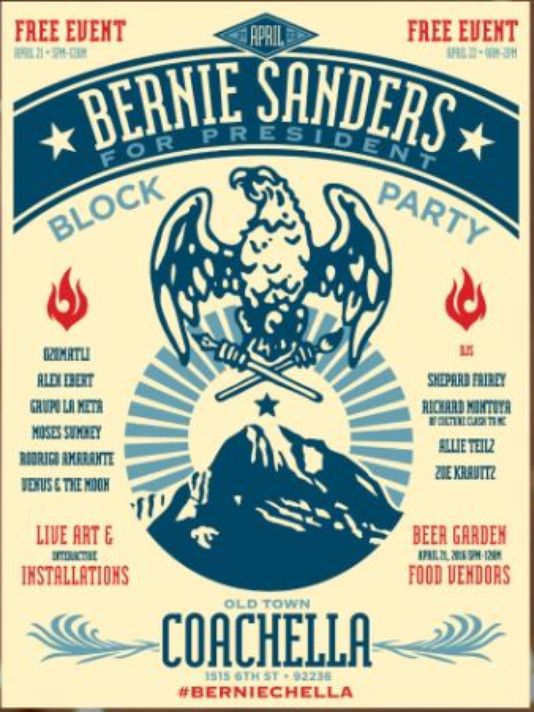 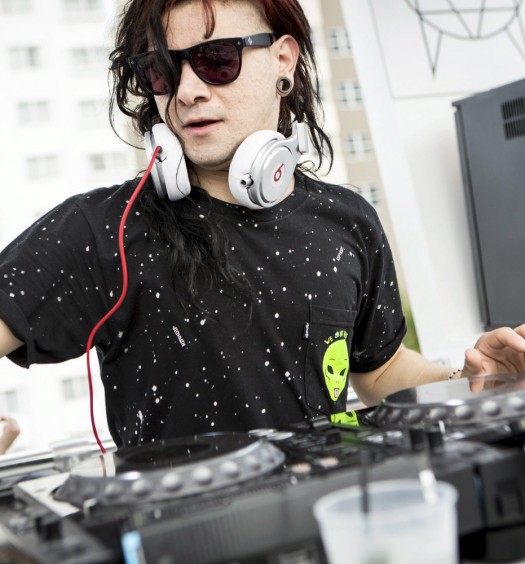