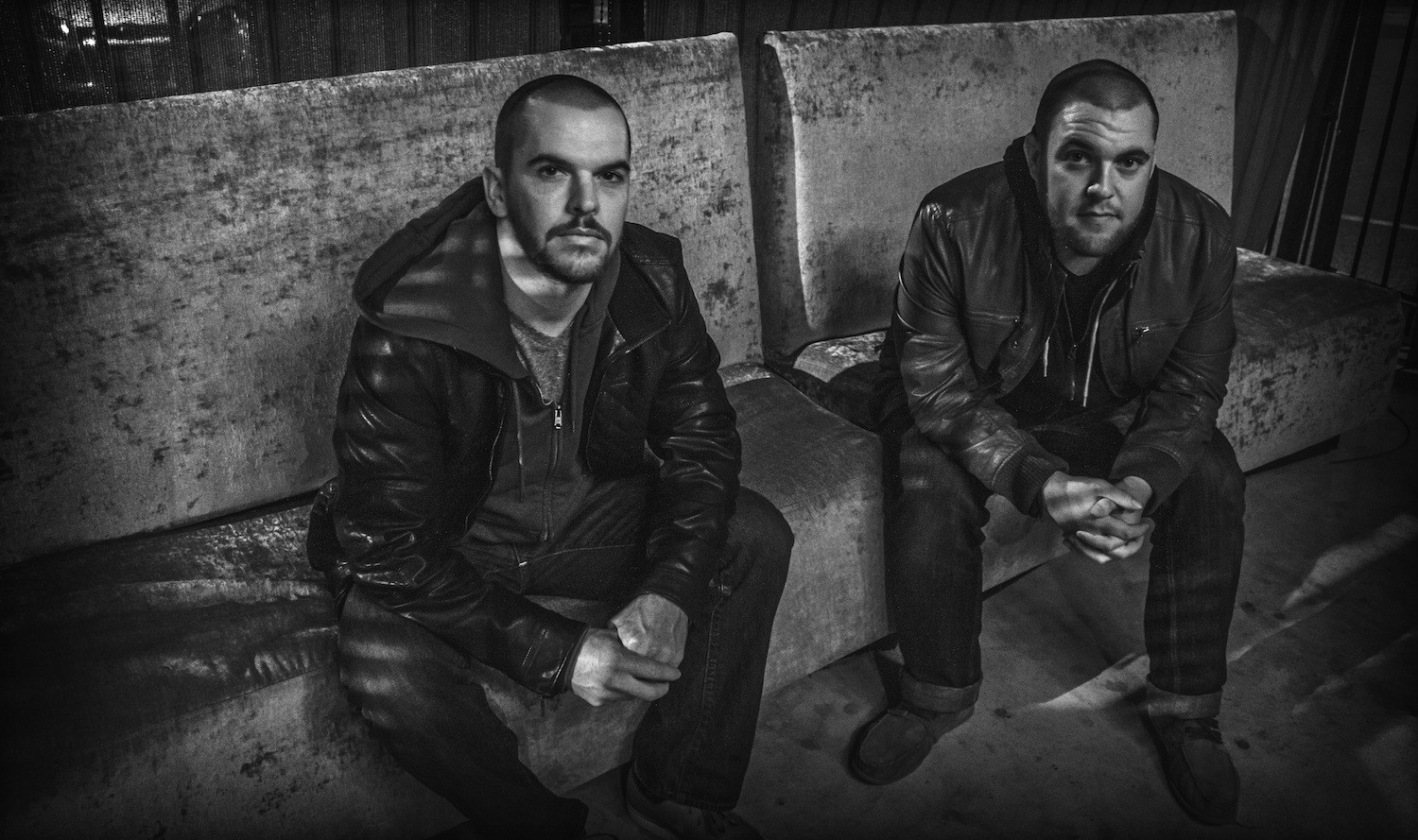 We had a chance to sit down with barrier-breaking duo, The Floozies, this past weekend after their mainstage set at Mysteryland USA. They gave us a look into their interesting history as brothers and how they’re taking funk music to a new level. Check out the interview below:

Have you two been at Mysteryland all day?
We got here at 4, something like that. We went straight to working on the set and setting up drums.

Are you planning on staying?
Yeah, we’re going to watch Skrillex and Gramatik, going to try and teleport.

So, how was your duo formed? Were you always musically inclined?
Mark: Since Matt was in 5th grade, I was behind a year or two trying to play drums. My buddy’s dad had a drum kit and I played on it for 2 weeks and then we played a talent show at my elementary school, which was was a year or two after Matt played the same talent show. So basically, I was in an electronic duo in 4th grade. We ran shit at our elementary school. After that, I was in some punk bands and he was in some alternative rock bands that did pretty well. Matt rapped for a while; I once met a guy that used to let us buy beer from his gas station and he had us over one night, and he was like “I have this CD. He’s the best rapper I’ve heard,” and he put on the CD and it was Matt rapping and I was like, that’s my brother.

So it wasn’t always future funk for you two, then.
Mark: No, we did all sorts of stuff. I mean, we always were better at funk. I got kicked out of a rock band for being too funky.
Matt: When I was first producing funk tracks, I remember a couple of my guitar player friends being like, “you must really like funk music because nobody wants to hear that shit.” Everyone was hopping on the dubstep train back then.
Mark: So we were always all over the place, but the funk was always there.

You two have a lot of interesting history. If you look back, what are some of your favorite memories that stand out?
The original creation of “Fat Beat,“ because we hadn’t done anything as bassy. That one was like an awakening–were playing jam funk and then bam, Matt dropped this almost hip-hop song. We played it twice in one night in Oklahama City because we were so excited about it. Opening for Galactic in Boulder in ’09, right after Matt dropped out of college to go on tour–that’s when we knew we were in the right place. First time we played Red Rocks. Anything in Suwanee was great, people still talk about Halloween this past year. People are still commenting on our Facebook about our sunrise set at Waka 2013. A naked chick got onstage and tried to knock Mark’s drums over and security didn’t know what to do with her, because she was naked. We kept playing. Our friend came out and danced her off stage.

Your music is super unique. It’s funk, but you bring so many different aspects to it. When you’re making tracks or creating set-lists, what kind of message are you trying to send to people?
Mark: I don’t think we think that hard. The message is: “We like this, it’s groovy. I hope you enjoy it.”
Matt: It’s not necessarily simplistic, shake-your-ass-to-this, kind of stuff. I produce all the stuff on my computer and I basically don’t stop working on it until I can’t stop dancing to it. You have to challenge your fans a little bit. We take influence from everything we can get, and we make the best possible song that we can.
Mark: Do your best. Just be yourself and don’t take yourself so seriously.
Matt: Maybe the message we’re driving home is just push yourself and be as good as you possibly can at anything that you do. Neither one of us is good enough at anything else to do anything else. Before this, I was loading boxes into UPS trucks and Mark was washing dishes at a country club. So, this is it. This is all we’re good at, and we bust our asses to be the best that we possibly can at this.

Who are some artists that influence you or whose sound are you really into right now?
Matt: Chris Cornell is my music hero, the lead singer from SoundGarden. Zapp and Roger, Earth, Wind and Fire, James Brown, Herbie Hancock.
Mark: Robert Glasper, D’Angelo, Chris Dave, Lettuce, String Cheese, Grateful Dead.
Matt: Jeff Buckley. But it’s crazy, Lettuce is a huge influence on us and we hang out with those guys. Their sax player is on a few of our new tracks and he’s killin’ it. Those guys don’t stop working–it’s the same thing with Griz.

You were just featured on a Griz track–how was that?
Matt: It was great. The lesson we learned from Griz is the same we learned from Lettuce, those guys don’t stop working and that’s why they are where they are. There are a lot of naturally talented people in this business, but that will only take you so far. Griz, who is a brilliant producer, brilliant DJ, brilliant performer, never stops working. As soon as you stop working, that’s when you die. We owe our current success to Lettuce and Griz, for showing us how hard we need to work.

So, what portion of your tracks are produced in the studio vs. recorded live?
Matt: The releases that you can get online are all made in the studio.
Mark: 90% of it is live, because that’s how we make every song different every night. Every solo is live, every loop on top is live, we do 2-3 transitions per song that are all live-written.

Do you guys have anything exciting in store?
Matt: We may have a new song coming out on Tuesday, I heard some rumors.
Mark: It might rhyme with “drummer sling.” And October 8th, we’re headlining Red Rocks for the first time.

Interview was edited for length and clarity. 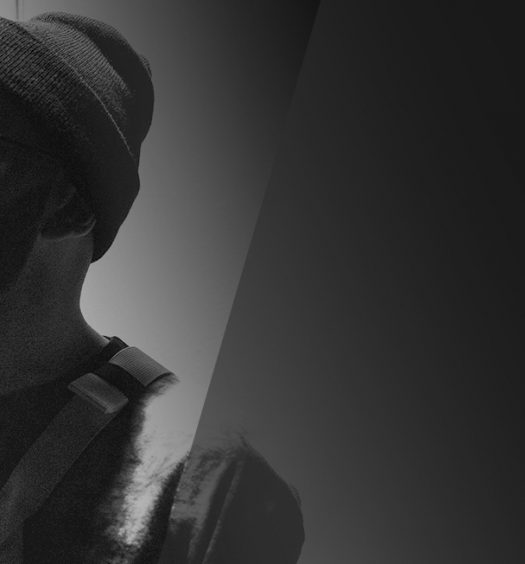 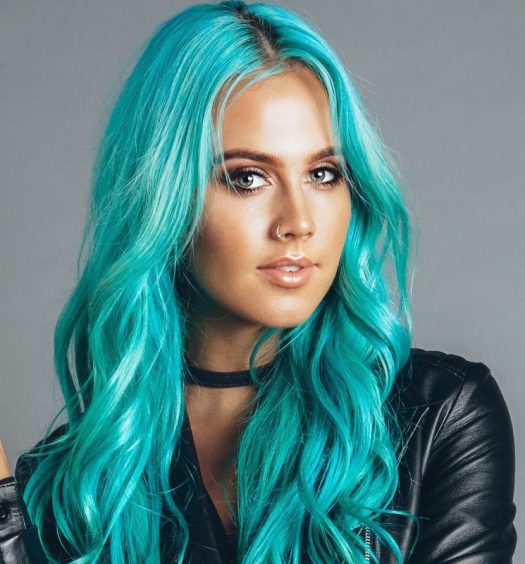