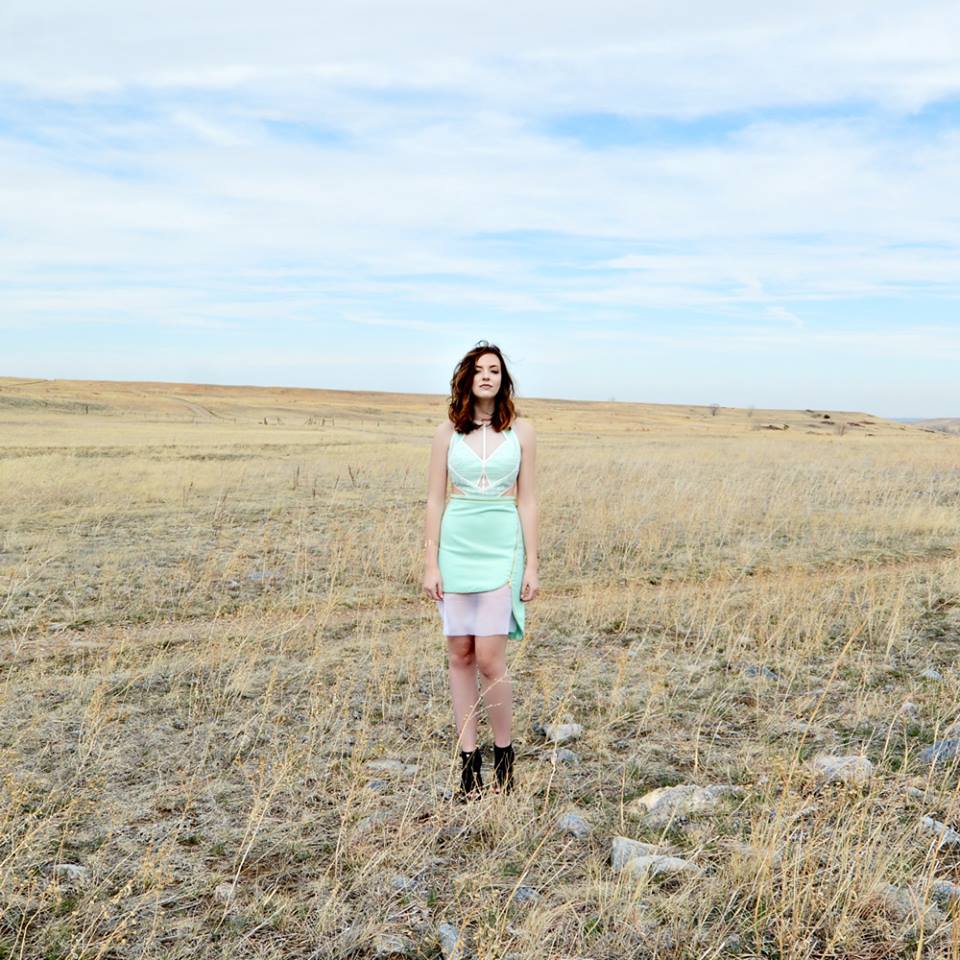 I’m not going to lie, I had a really shitty day last Monday before I interviewed vocalist Laura Brehm. While sitting in a synagogue parking lot with a skunk frolicking in the bushes beside my car, I dialed her 720 number.

Brehm answered the phone with her timid voice as we laughed about the creepy automated robot stating, “This call is now being recorded. If you wish not be recorded, please hang up now.” From the first interaction that we had, I could tell she was a very sincere person. There was no act Brehm was trying to put on, no bravado.

My thirty minute interview turned into an hour and thirty minute discussion. Naturally, she flipped my frown upside down. Once you hear her story, you’ll get her appeal–at least I did.

Did it blow your mind teaming up with mau5trap artist REZZ, since deadmau5 is a legend?

It definitely did. I’ve been listening to deadmau5 since I was in high school. He was one of the first EDM producers that I started listening to that got me into the electronic realm. Doing a track that’s released on his label was surreal and really awesome. It was really cool working with REZZ because she just hit me up and was like “Hey! I really like your voice, and I really want to put it in on one of my tracks.” Of course, I was down for doing that. The first couple of tries, nothing seemed to click. I just happened to have this song “Melancholy” I had written on the guitar initially. I had a feeling when I wrote it that it was something REZZ could take and do something really cool with. It’s nice when I get to do that because it gives me more creative freedom. The drop that she did added a whole other dimension to this song. By myself, I have more of a lighter or soft sound. When I teamed up with REZZ, it worked so well because there’s that intense contrast between light and dark. Even though the content of the lyrics were dark, the tone in my voice and acoustic guitar added a bright quality to it.

Who is your favorite local Colorado producer?

There’s not too many artists that come out of Colorado. It’s more of a place that everyone definitely stops by to perform; it’s a great scene for that. My favorite artist in Colorado would be James Egbert. He’s a producer based out of Denver and I met him when I was younger and producing my first two solo albums. I was working with a producer that goes by the artist named Kill Paradise.  James Egbert started producing for Kill Paradise, so he was my producer’s producer. I’m really impressed with his production. He did a remix for one of my tracks “A Mile High.” I was just blown away at the feel that he could bring out with just his production. It was literally perfect for my vocals and content of the lyrics. It was also a very happy, partying song which is harder to do well without it being cheesy. He’s good at making upbeat, positive, high-energy and happy songs. I’m really impressed with his work, and he continues to take it to the next level. He’s the producer to watch out for out of Colorado.

What song is the soundtrack to your life?

Any Ellie Goulding song. She’s my biggest role model, and I always can find strength if I’m ever feeling like I’m losing it a bit. She’s just like #goals. It would be the song “In My City.” It’s about following your dreams and being where you think you need to be. That’s just something I always strive to do, and that’s why I make music. It’s my dream to make music for a living and share it with the world. There’s a particular city where I feel extremely inspired and in tune with the universe. It’s when I’m in London. I go there for writing trips a couple times a year. I want to move there sometime in the near future to keep pursuing my music career there. Ellie Goulding is from England, and she lives in London too. I’m wondering if she wrote this song about London. That is something that keeps me going, inspired and reminds me of my goals.

They both bring people together. They both can tell a story, especially vocal EDM. Instrumentals can still tell a story through music. That’s something that all music has in common. When I go to an EDM show, it’s more about letting go, dancing and releasing some pent up energy. I can’t imagine a better way to spend my night out than seeing someone perform on stage. A folk concert is more about wanting to get in touch emotionally with the music. It’s going to be obviously quieter. There’s more of a human element with the live instruments. You’re not going to be jumping up and down for three hours, but you can still enjoy it in a different way. It’s more about getting in touch with the human aspect in music just seeing all of these instruments come together. Guitar, banjo and violin are all my favorite instruments. It’s just a matter of what you’re in the mood for.

Which Disney movie is your favorite sing-a-long?

My favorite was The Little Mermaid. I had a very vivid imagination when I was a kid. If I was at a swimming pool or the beach, I would pretend I was a mermaid. I kind of wish that I was. I really liked Ariel’s character and thought she had a really pretty voice. That had an influence on me wanting to be a singer, seeing these Disney princesses sing throughout these movies. “Part of Your World” stood out for me. It’s about her dreaming, striving and hoping for something. I remember that being a very common thing for me to sing probably on repeat. It probably drove my family crazy, but it was apparent that I loved to sing at a very young age.

Why are your vocals unique compared to other female vocalists?

I see a lot of comments from my fans, and I definitely see them saying similar things about the actual quality of what I sing. A lot of the descriptions I get are dreamlike or airy; I think that is definitely the biggest quality to my voice. I also hear from people that they hear a sadness in my voice at the same time–I’m not really sure why that is. That’s not something I really notice myself. Even if it’s not a sad song, I guess they hear a bit of a sorrowful element to it.

How do bands like The Postal Service fit your perception of electronic acoustic music?

I’m a big fan of The Postal Service and Death Cab for Cutie. I’ve been listening to their music since high school. They’re amazing. I think they do it very well. It’s almost like you don’t notice that it’s electronic acoustic in a way because it’s blended so well. They have the acoustic guitar over the electronic drums. Obviously, you’re going to notice more if you have a dubstep track and you put a guitar stem in there. It doesn’t seem like a common genre “electronic acoustic,” but I’d say there’s more than we even think. Before EDM became a thing, I think that it’s definitely something that’s been done. People just do it differently.

When and where will you go on your first full-fledged tour?

I don’t have a tour planned as of right now. I am doing two shows, one at the end of November and one in December. I’m singing with Feint on November 25th at the Viper 100 show in London. I’m singing with Draper in London mid-December. The plan is that I’m going to be opening for the night and doing an acoustic set first, then Draper will be headlining. Then, I will come back on stage and sing our EDM collabs. I’ll be doing the acoustic and electronic side for that one, which will be really cool to show the audience. The one with Feint is at a nightclub, so it will just be EDM. There’s planning going on for a tour–that’s going come in 2017, probably in the springtime. We are looking at Europe, the UK and the USA. Things are going to be picking up pretty quickly as far as live performances. Going on tour is something I’ve been wanting to do for such a long time.

They asked me to come talk to the fans [for a podcast]. I do like to tune in because you see what the fans are commenting and writing to you. It’s really cool to feel the love from my fans. I remember I was in episode 115. I had just performed in Amsterdam with Feint at Liquicity Festival in July. The next day, I released my song with Anne Yvette called “Summer Never Ends.” They had Anna and me for the whole length of the podcast, talking to the fans. It was a special thing for us – singing a song on Monstercat as the main artists and not featured vocalists. I think that was the first time Monstercat actually ever did that. Anna produced the track, and she got some additional production help from F.O.O.L. We wrote the song acoustically first. That was a really big thing for us. It was really fun to share with everyone. It was a summer song with good vibes. It’s cool to be in the podcast and get the feedback for that right after we released it. 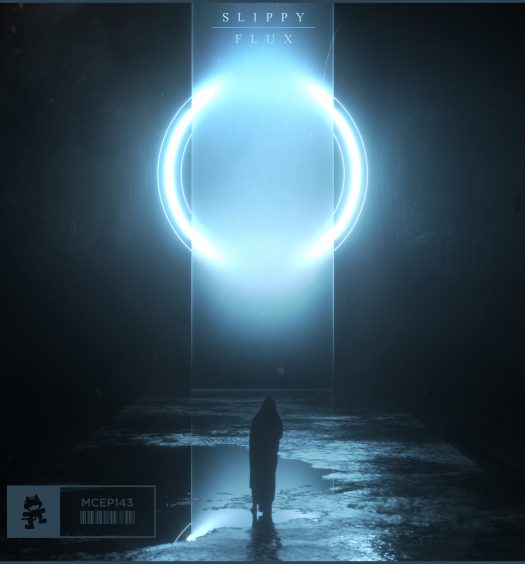