Up-and-coming Texas based producer Noah Neiman is starting to blow our minds. We are sincerely impressed at how he juggles a doctor position with his performances as a DJ.

While recently touring with Enhanced’s Tritonal on their sold out US album tour Painting With Dreams, Neiman delivered us a beautiful, melodic new track titled “Make it So Good.” Neiman says this was the first track in a while that didn’t have a full on vocal, so we were excited to see how it turned out.

We wanted to catch up with Noah to see what he’s been up to, get the low down on his recent tour, and figure out his ideas behind his new tracks. Check it out!

We love your new track; how does it feel to have a song out for the first time in a while that doesn’t have a full-on vocal?

Thank you so much! Yeah it’s a little odd. I have to say that a lot of any popularity that my music has enjoyed has been due in no small part to the vocalists I work with. I suppose it doesn’t feel too strange though. I’ve released instrumentals before, and those tracks have done pretty well, especially for being ones that were out at the beginning of my career. It feels almost like a throwback to those.

What motivated you to write “Make It So Good” and how did you come up with the sound?

Well, I found the vocal for Make It So Good in a sample pack, and it just sounded so happy and fun, so I really wanted to make a positive sounding song with it. I also just did a track with Anna Yvette called ‘Toldja So’ which was released on Hardwell’s record label. That one had a really playful vibe to it, so I took some of the sounds from Toldja So and started messing with the chords under the vocal sample of M.I.S.G. and ended up with the what you hear now.

Is it totally surreal that you recently toured with Enhanced’s Tritonal? Tell us a little bit about that experience.

Oh yeah. I’ve never done anything like that before. I’ve always wanted to though, so it was kind of like a dream come true. I mean, writing music is one thing. But actually getting to perform it in front of an audience that’s there to dance their asses off? That’s the purpose of this kind of music. It’s written for exactly those kinds of moments.

I’ve played a lot of shows in my time, but being on an actual tour is definitely different. Being on a plane every day for several days. Packing only what you need for a hotel stay of one night at each stop. Make sure you’ve got your TSA pre-check number added to all your tickets. Getting up early after playing a show that ends at 3:30 AM… I’m looking at you, Miami… It’s hectic! But it’s definitely fun, and totally worth it. I don’t know if my wife would say the same thing though! [laughs]

As we know, you’re impressively a doctor by day, and DJ by night. Seems like a lot of work! How do you balance the two?

Very carefully! No, I’m just kidding. In all honesty, they both lend to each other well. While being a musician gets the creative side of my brain working, being an optometrist in Texas means I’m treating not only visual needs (glasses or contacts), but medical needs as well (infections, trauma, surgery, etc). So it’s both a mathematically and scientifically intensive job and gets the analytical side of my brain working. Happily, I work for a great corporation here in the central Texas area and am in my clinic Monday through Friday. The vast majority of clubbing takes place on Friday and Saturday night, so neither job interferes with the other unless there’s a Thursday date. On those days, I will sometimes take the following Friday off, but that doesn’t happen very often at all.

As far as production goes, that’s not necessarily something that I need time off from work for, since I can just work when I’m home or even sometimes between patients, on my laptop. I see roughly 20-30 patients a day, so getting a lot of time to work on music while I’m at the clinic is difficult, but I’ve devised strategies in my production technique that allow me to write very quickly.

What made you choose those two professions?

Both professions have always been a part of my life, honestly. My father is a doctor as well. He’s a radiologist. However, he’s also a musician. He taught himself how to play on a piano that he rebuilt from one that was broken. He plays by ear, but is a phenomenal pianist. He would never agree, but I think he’s good enough to go on tour, himself.

My parents put me in piano lessons at the age of 4, then in grade school I took up violin and trombone. My younger sister was also in to music, playing the piano and trumpet. So it was a very musical household when I was growing up. I don’t really remember a time in my life when music wasn’t a part of it. All the while, my parents encouraged me to study, and kept me on the path of science and medicine, so when I got to the University of Texas at Austin, I already knew I wanted to be a doctor. Nevertheless, I still kept up with music, so it was just natural that both music and science took shape in my day-to-day. I never felt like I had to sacrifice one for the other. It was all about making time for both.

What’s something random that you would want your fans to know about you? Something unique!

I can break dance! Or at least, I used to be able to. I’m not sure that I can still do it!

Who is your ultimate inspiration in the music scene and who would you love to collab with one day?

Hmm, that’s actually a really tough question. I don’t know that I have an “ultimate” inspiration. People like the guys from Cash Cash, Tritonal, Skrillex and Morgan Page are all very inspiring acts to me, but I can’t say I could pick just one.

As for who I’d want to collab with, it would have to be Jack Black from Tenacious D. Obviously I don’t know him personally, or what he’s like in real life, but if he’s anything like his comedic movie personas, I mean, I’m not absolutely sure that I’d learn a lot or anything, but I think it would be a hell of a lot of fun!

What’s your most memorable performance and why?

The whole tour with Tritonal was, and will always be, memorable. Playing at Stubbs here in Austin was amazing. Bands like Metallica or Willie Nelson have played there, so to be on the same stage that has been graced by legends like those guys is really something.

There was one night I played in Washington DC though. The first and only time I’ve been there. I went on right before Lange. This was back in 2011, I think. Maybe it was 2012. Back when I was working on music for his label, Lange Recordings. Anyways, it was a relatively small club called Lima, but what was so memorable about the night was that everyone was there to get down. There wasn’t a single person in the club that was having a bad time. At least not from what I saw. And it was packed from wall to wall. What’s funny is it was one of those rare Thursday nights, and it was the first time I was playing an out of town gig on a Thursday. So I thought I’d be able to make it back on Friday and go to work for the afternoon. I was wrong… dead wrong! And that was a lesson, very well learned! 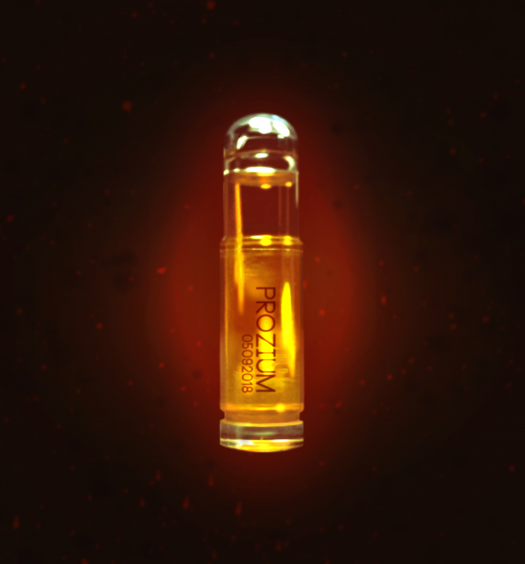