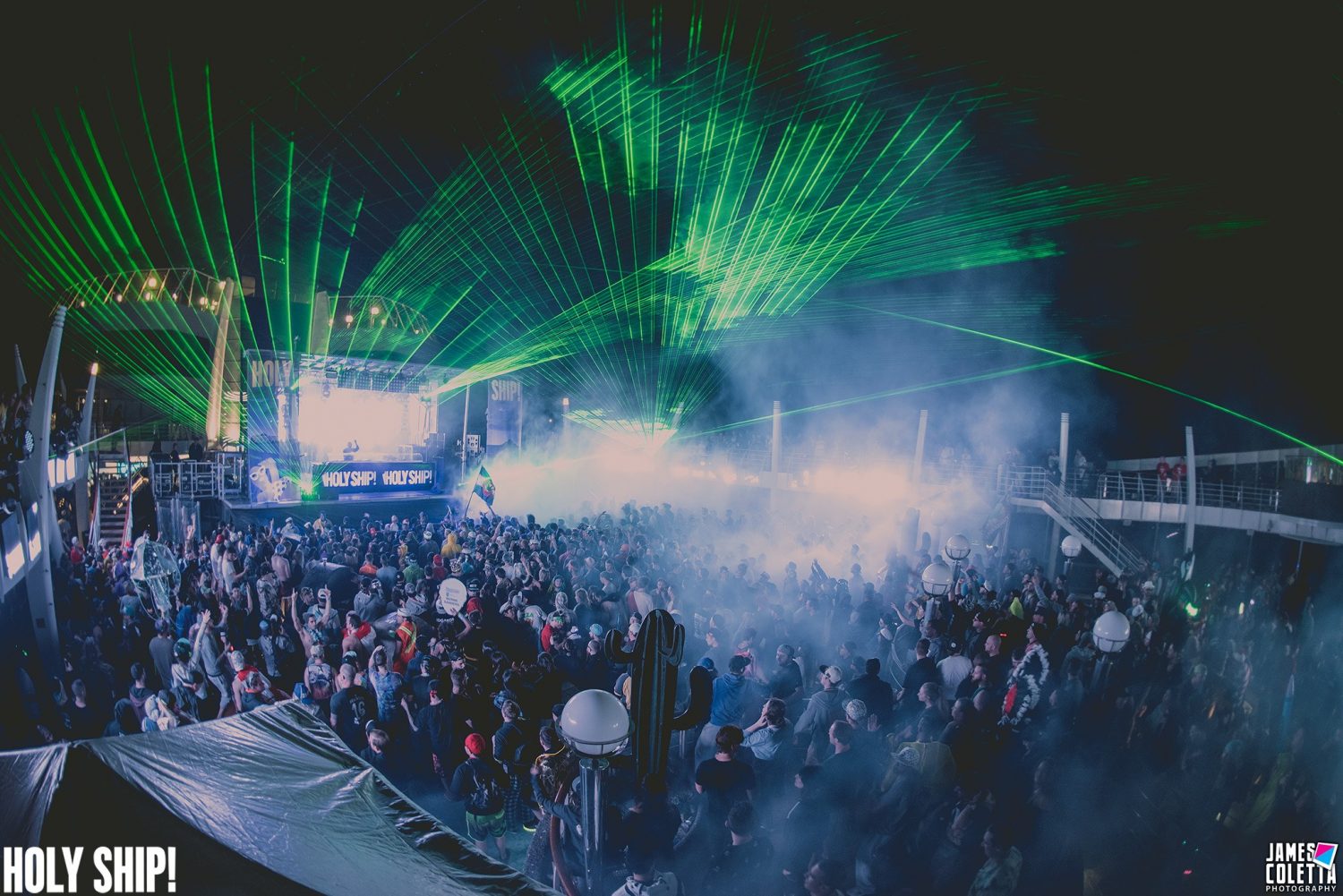 Why HOLY SHIP! Is The Best Music Festival on Earth

Why HOLY SHIP! Is The Best Music Festival on Earth

How do you know someone has been on HOLY SHIP! before? Don’t worry, they’ll tell you. This year marked my second voyage on Gary Richards’ (aka Destructo’s) infamous floating music festival, and it was one of the best music experiences I’ve ever had. This year, HOLY SHIP! switched cruise lines from the MSC Divina, to the Norwegian Epic, and tacked on another whole day of music and activities, as if four days wasn’t enough (it wasn’t). 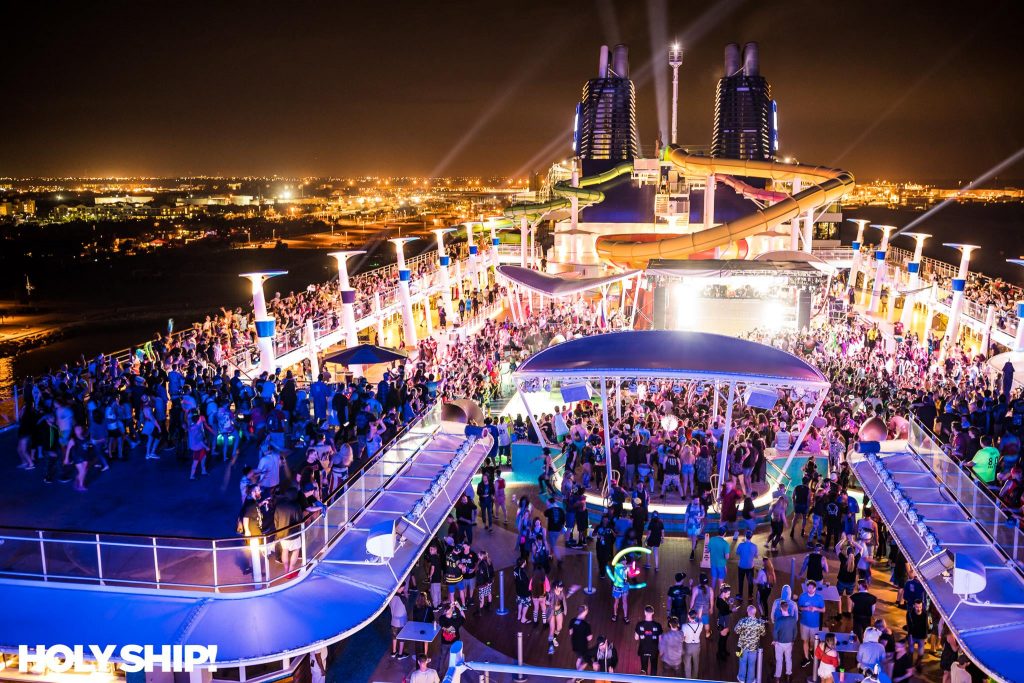 Where do I begin? Reflecting back on it, there are so many individual moments that pop out in my mind that I’ll never forget, but I know if I get into those specifics I’ll be sitting here typing forever. Most of them are still a little blurry anyway, as my brain is trying to pick up chunks of itself scattered around my head after such a wild weekend. For now, let’s try and keep it simple. I want to talk about why I think HOLY SHIP! is objectively the best music festival that you can attend.

There are certain pros and cons that come with camping festivals and city festivals. At camping festivals, you’re out on an excursion for a certain amount of days. You’re essentially stuck at a campsite, miles away from civilization, and you’re forced to interact with your neighbors and other festival-goers around you. Yeah, you’re going to get a little dirty, but you’re surrounded by people who are all there to experience the same thing, and it’s extremely easy to bond with others through that. Bonnaroo, Electric Forest, Sasquatch. City festivals are different. You don’t actually have to interact with anyone besides your friends. At the end of the night, you can head back to your comfort zone and clean up, whether that’s your home, a hotel, or a friend’s house. They’re also much more accessible. Anyone with money to spend and a desire to go do something that weekend can attend. Lollapalooza, Ultra, HARD Summer.

HOLY SHIP! is the best of both of these worlds. You’re out on an adventure, further away from civilization than any other festival. You get to meet people who are there for the same reasons as you are, and you know that they sacrificed a heck of a lot of money and time to be there, so everyone is equally stoked to be a part of it. Feeling dirty and exhausted and want to just go chill? Well you don’t have to walk a mile back to your filthy campsite just to pass out in a pool of your own sweat and grime. Walk down a couple flights of stairs and head back to your room that’s fitted with a decently sized, comfy bed, and a shower for whenever you need it. If you paid for it, you can even take a few moments to yourself by relaxing on the balcony, overlooking the ocean.

If you’ve heard anything about HOLY SHIP!, you’ve heard about “Shipfam.” It’s a real thing, too. And sadly, you won’t be able to understand it until you’ve experienced the Ship, but it’s fantastic. Everybody loves everybody. There is no elitism, no VIP section, no exclusivity inside of the boat. I’m not someone who tends to venture off on their own in real life or at festivals, but HOLY SHIP! is one of the very few places where I feel totally safe doing that. Wandering around the ship on my own in my Pardon My French (DJ Snake, Tchami, Malaa, Mercer) robe, with a full bottle of champagne was an enlightening experience. People were handing out fist bumps and compliments like business cards to everyone they knew, and everyone they didn’t. Find your place on the dance floor and you’re instantly surrounded by a new group of friends, slinging their arms around you, exchanging room numbers, passing out little-hands to attach to your fingers (among other random little trinkets, depending on the current theme night). 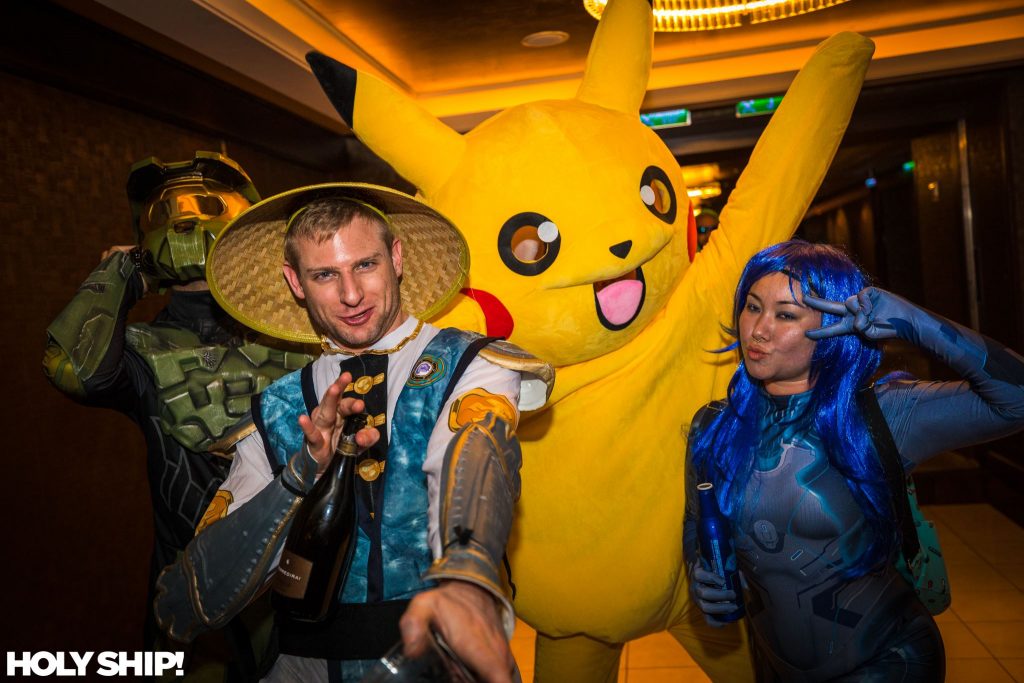 What’s better? HOLY SHIP! has a capacity of about 4,000 attendees. Compare that to a city festival like Lolla, which is about 100,000. Even though the boat is huge, you are bound to run into the same people you met the night before. Hell, those same people might even be some of the artists you went to go see earlier that day. The last night, I had no idea I was raging the front row of Jai Wolf with Manila Killa and his group of friends that he came with, and I was just at his set an hour before on a different stage. I must have given Claude VonStroke, the prince of HOLY SHIP!, at least four different hugs, all of which I’m sure he didn’t remember based on the perpetual, sloppy grin he carried the whole time.

Oh, right, I haven’t even talked about the music yet. Since everyone is stuck on a boat for four nights, almost every single performer has multiple sets (peep the 8.0 schedule here if you dare). And since every performer has multiple sets, you get to hear songs you wouldn’t normally hear played by favorite DJ. Graves, for example, one of the top trap/future bass producers in the game right now, threw down an insanely heavy deep house set for thirty minutes before transitioning into his more usual tunes. You get to see rare performances like Claude VonStroke and Green Velvet’s old school house/techno brainchild, Get Real. You get completely unexpected back-to-back performances in the wee hours of the morning just when you think it couldn’t get any crazier.

Honestly, I haven’t even scratched the surface. There’s a reason why people can’t shut up about it, and why, if you have a friend who’s been lucky enough to attend, they’ve tried to convince you to go at least once. It’s the best music festival because it’s so much more than just that. I was personally going through a very rough patch and was concerned that I wasn’t going to be able to enjoy myself with all the stuff going on in my head. HOLY SHIP! is a place that just effortlessly pumps out positivity wherever you are on the boat. Being surrounded by that energy was more than enough for me to push the negative garbage to the back of my brain and have the time of my life for the second year in a row.

Since this is a review, I’ll be giving HOLY SHIP! a score of 11/10, just because there are other festivals that I’ve gone to that I’ve had an absolutely phenomenal time at, but they still just can’t compare. If you are a big music fan, try and find some way to get yourself on this damn boat. 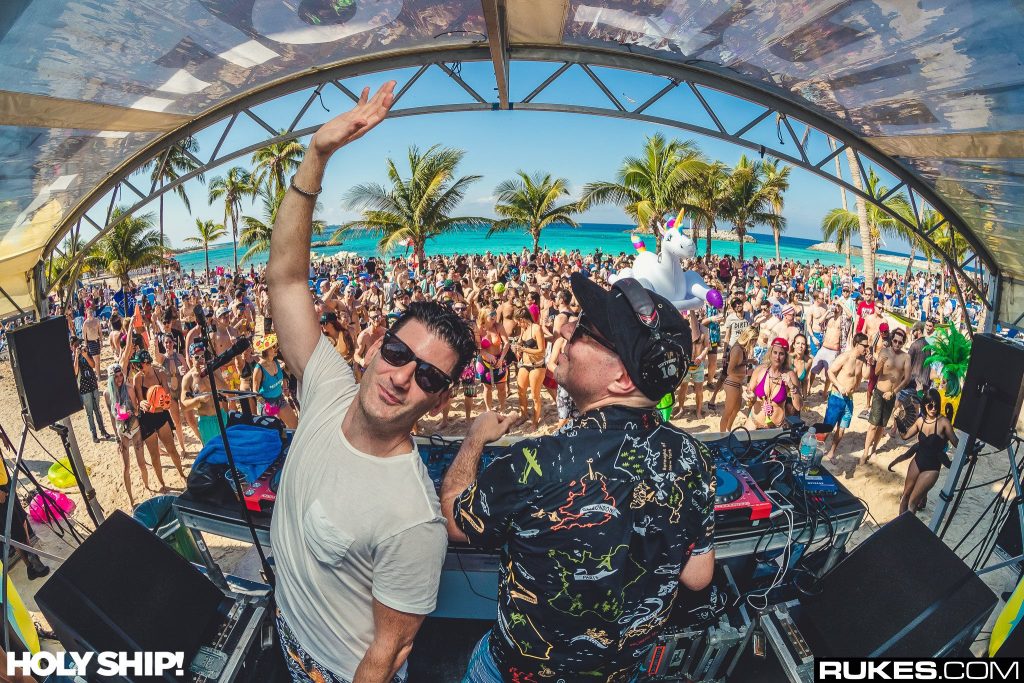 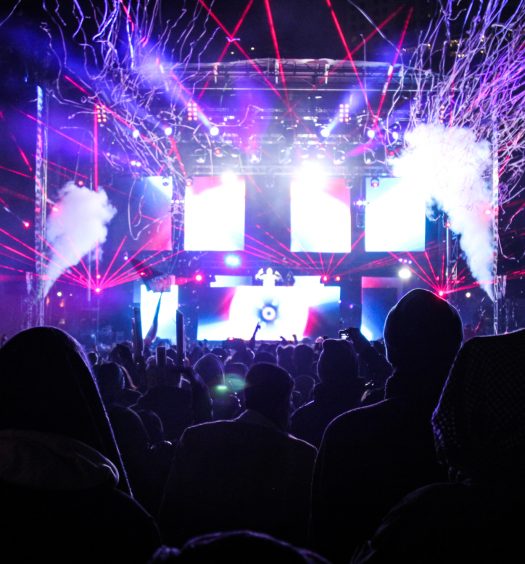 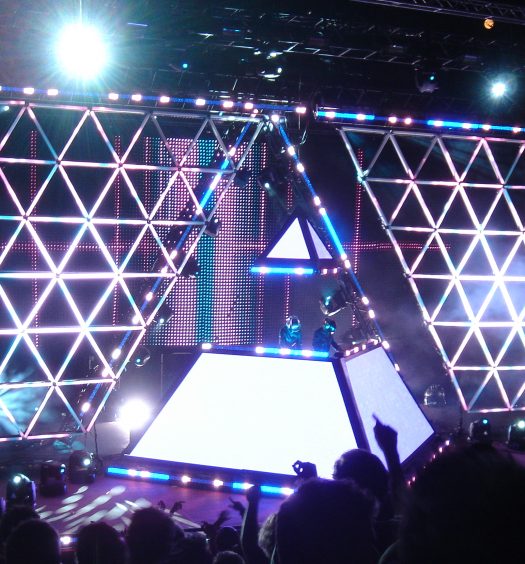