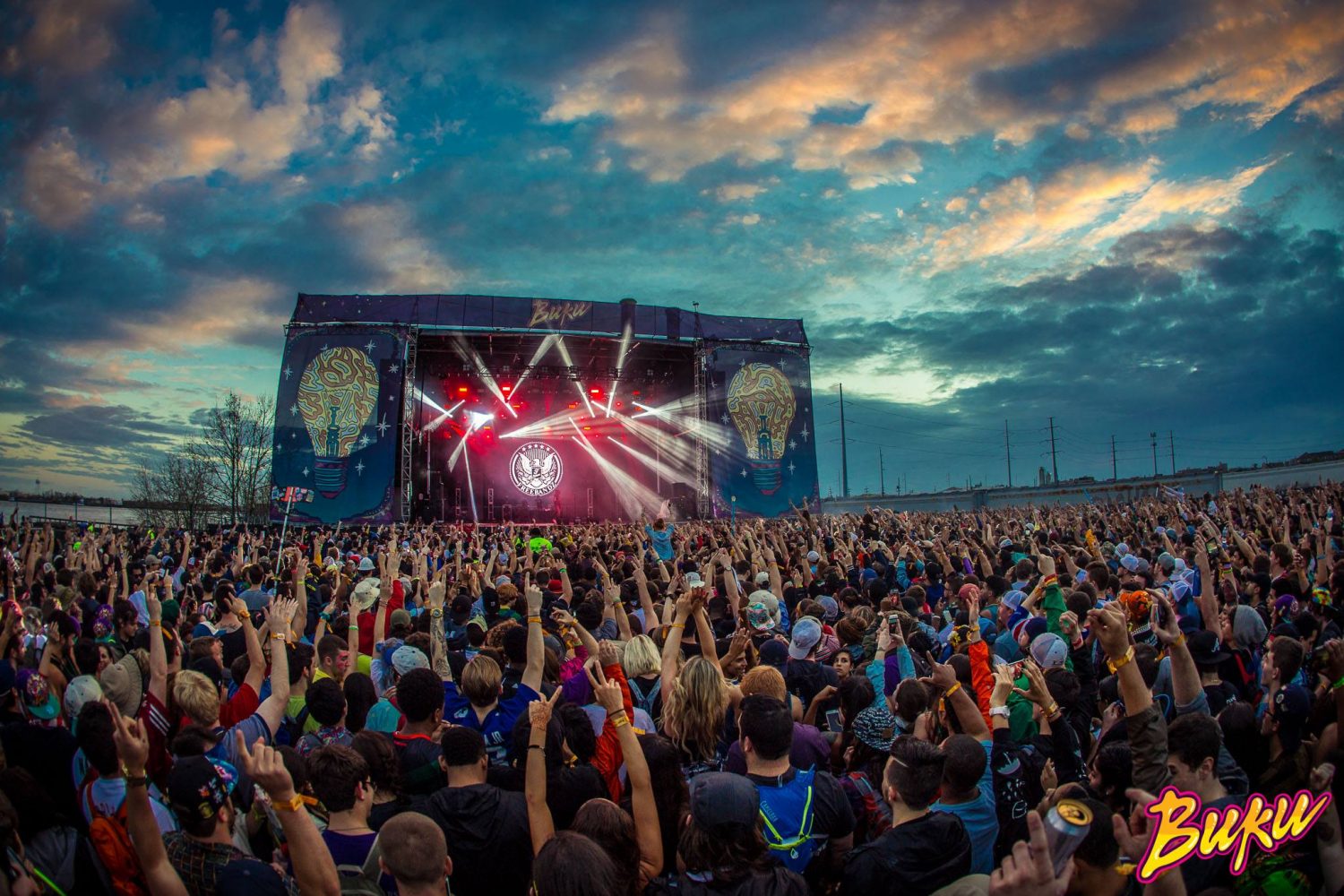 1. The Lineup Just Keeps Getting Better 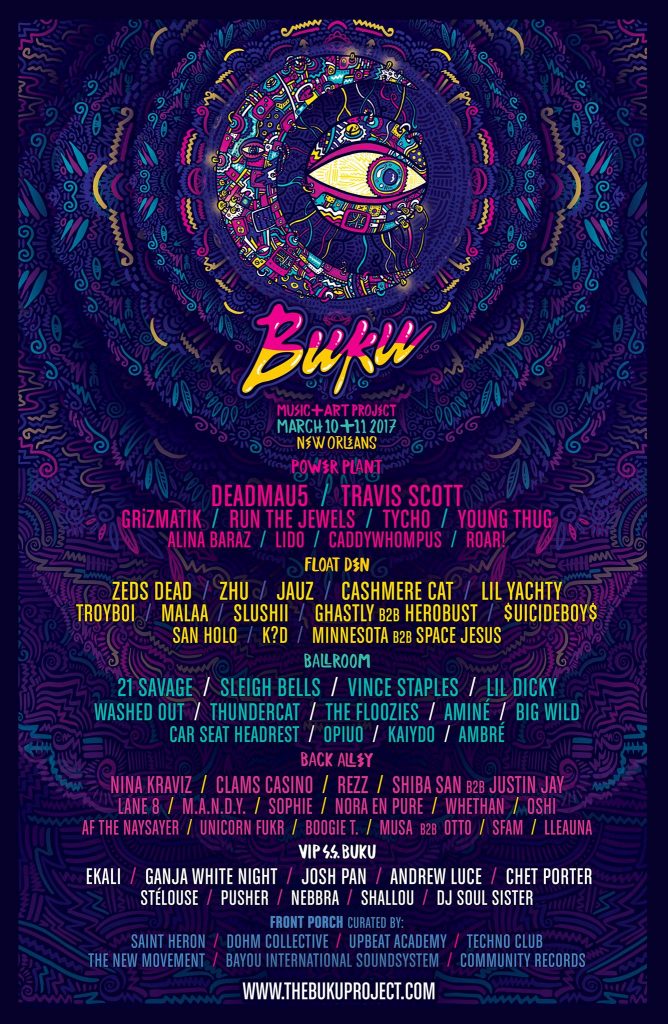 Let’s be honest, lineups are always the first thing festival-goers check when considering their plans for the season. This is what initially brought BUKU to my attention. If you’re anything like me and have a special place in your musical heart for hip-hop and EDM, you’ll definitely want to see who they’re bringing out to New Orleans for BUKU’s sixth year. The BUKU folks have just recently released their first wave of artist additions: Grizmatik, Run The Jewels, Cashmere Cat, M.A.N.D.Y., K?D, Unicorn Fukr and ROAR!. Add those to the already super banging initial lineup and you have something that looks like this:

Many music festivals claim to be more than just that, by adding an art component to their repertoire. I’ve been to a decent amount of fests, and there are really only a few that came close to actually putting out decent art for the attendees to admire. BUKU is different than most because they claim that the festival is an actual art project itself. The festival’s post-industrial setting and vibrant street culture inspire artists all around to showcase their talent at BUKU. Anyone who has been can account for the iconic live graffiti art that goes on there during the festival.

3. The Opportunity to Experience the Culture-Rich City of New Orleans

When you think of New Orleans, what pops into your head? For me, it’s partying, music and food. There aren’t really many other cities in the United States that encapsulate those three features as much as New Orleans. The music at BUKU doesn’t start until the early evening, so that creates a great opportunity to explore the city outside of the venue during the day (unless you’re sleeping in because you went too hard the previous night). If you have any time to kill, go out and grab some local grub before heading on over to Mardi Gras World. It’s also worth noting that the city’s St. Patrick’s Day Parade is being held the same weekend as BUKU, just in case you needed anymore reasons to get drunk and go party in the street.

Many cities all around the country celebrate Mardi Gras, but none of them do it like New Orleans. Mardi Gras World, the venue in which Buku is held, is a giant warehouse where workers construct the massive, elaborate floats that attract hundreds of thousands of tourists during the city’s annual Mardi Gras parades. Two of the festival’s main stages, the Float Den and the Ballroom, take place within the warehouse. BUKU also hosts two other outside stages: the Power Plant, which overlooks the haunting Market Street Power Plant, and the Back Alley stage, which has a spectacular view of the Crescent City Connection Bridge. No matter where you go while you’re dancing away at BUKU, you’ll definitely have something interesting to look at. 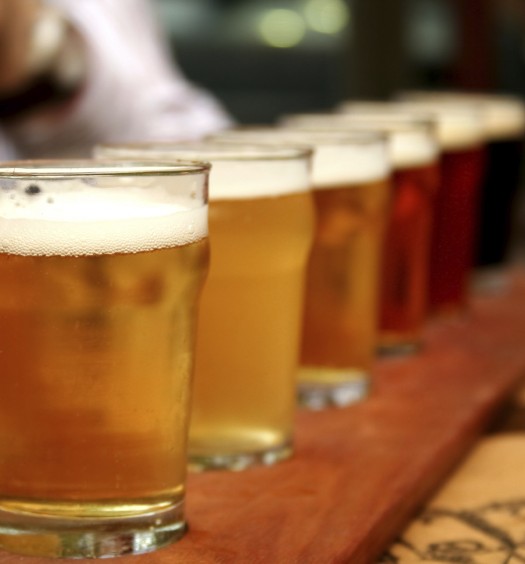 Bottoms Up Revolutionizing How You Could Drink at Festivals

Read More
Bottoms Up Revolutionizing How You Could Drink at Festivals 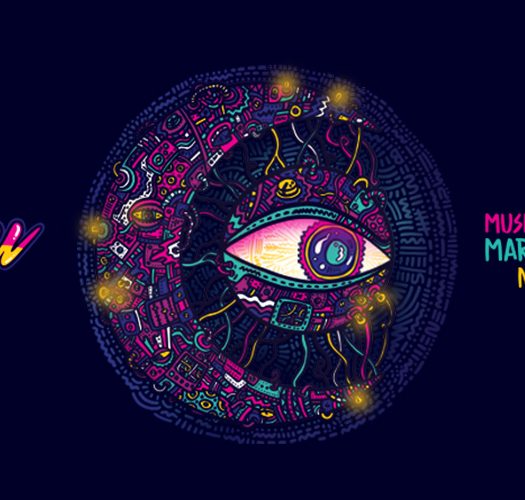