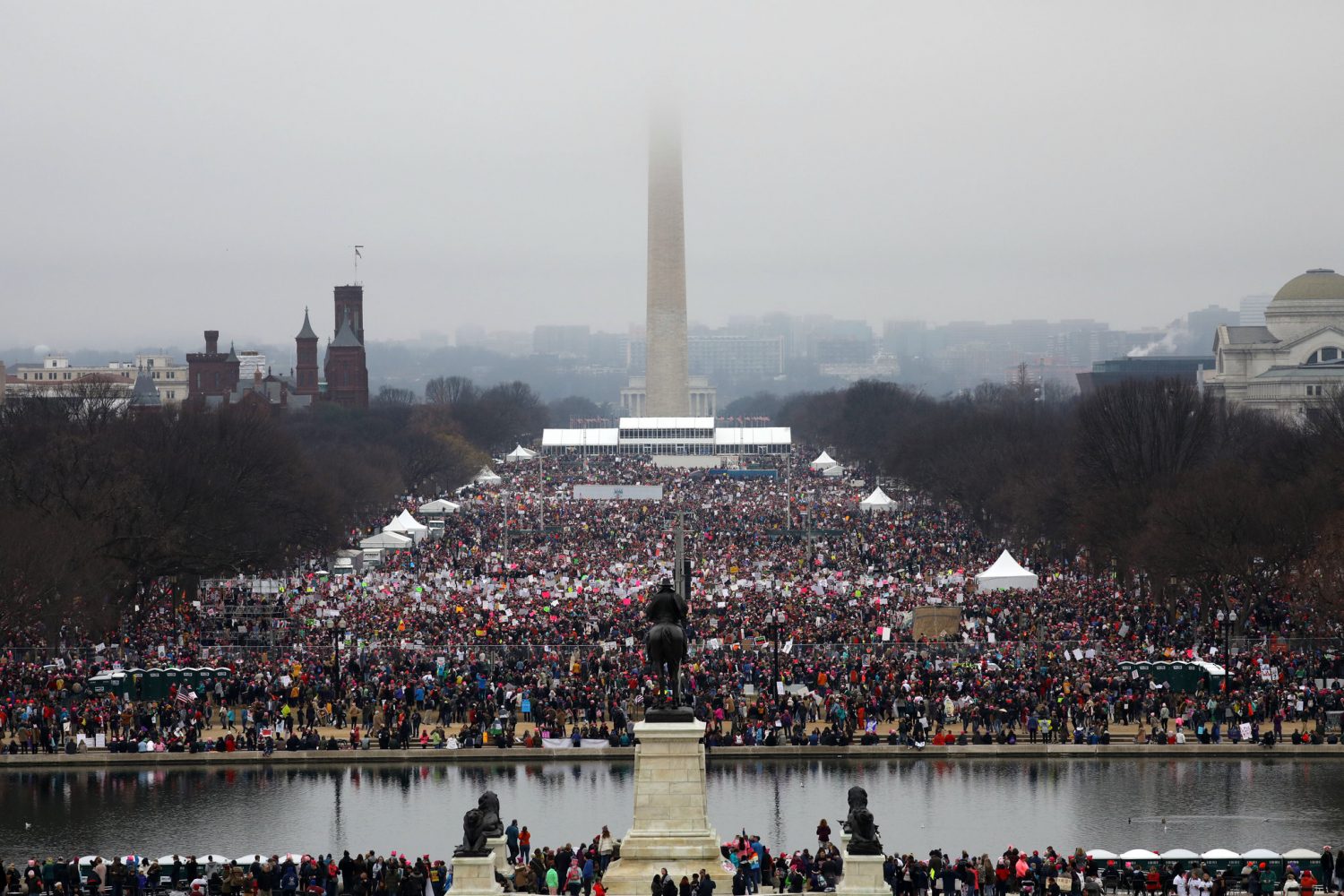 Every so often an event—whether political, social, or otherwise—comes around which immediately marks itself in our collective history. The presidential inauguration of Donald J. Trump, already a moment etched permanently in the proverbial record, was made even more poignant by the occurrence of the world-wide Women’s March, a non-violent demonstration simultaneously supporting equal rights for all genders, nationalities, races, and religions, and denouncing the hateful rhetoric which has dominated Trump’s campaign. The overwhelming wave of citizens who turned out in support of the Women’s March is mirrored in scale by the paralleled outpouring of speeches, demonstrations, and music being produced by big name musical artists.

Just as Trump’s inauguration seems to have erased certain imagined barriers between U.S. citizens as they turn to acceptance and mutual respect rather than prejudice, in recent days borders between musical genres seem also to have crumbled into nothing, as musicians from Madonna to T.I. to Audioslave have come forward and laid their disappointment and hopes for the future bare.

As to the tone of these pronouncements by solo artists and groups alike, they overwhelmingly reveal continued iterations of what many Americans have been feeling since November—lingering dissatisfaction and a sense of dread bolstered by hopeful faith in community-driven change in the coming four years. It’s no secret that the Trump administration has had a publicly hard time attracting headlining artists to perform at the inauguration or otherwise endorse Trump as a president. Certainly, whether or not you can get Beyoncé to perform at your swearing in ceremony is by no means an accurate measure of one’s capability as a world leader, but having a Bruce Springsteen cover band bail on your inauguration party at the last minute doesn’t exactly make you look great on your special day.

But musicians are far from indifferent to Trump’s inauguration, nor have they restricted their rebellion to unanswered inaugural RSVPs. In fact, the sheer number of artists who have come forward in recent days to speak clearly and loudly against Trump is nothing short of staggering. Alicia Keys and Madonna both delivered impassioned speeches at the Women’s March, adding their voices to a distinctly anti-Trump performance by 90s songbird Fiona Apple:

“It took this horrific moment of darkness to wake us the f–k up. It seems as though we had all slipped into a false sense of comfort, that justice would prevail and that good would win in the end. Well, good did not win this election. But good will win in the end.”   – Madonna (via CNN) 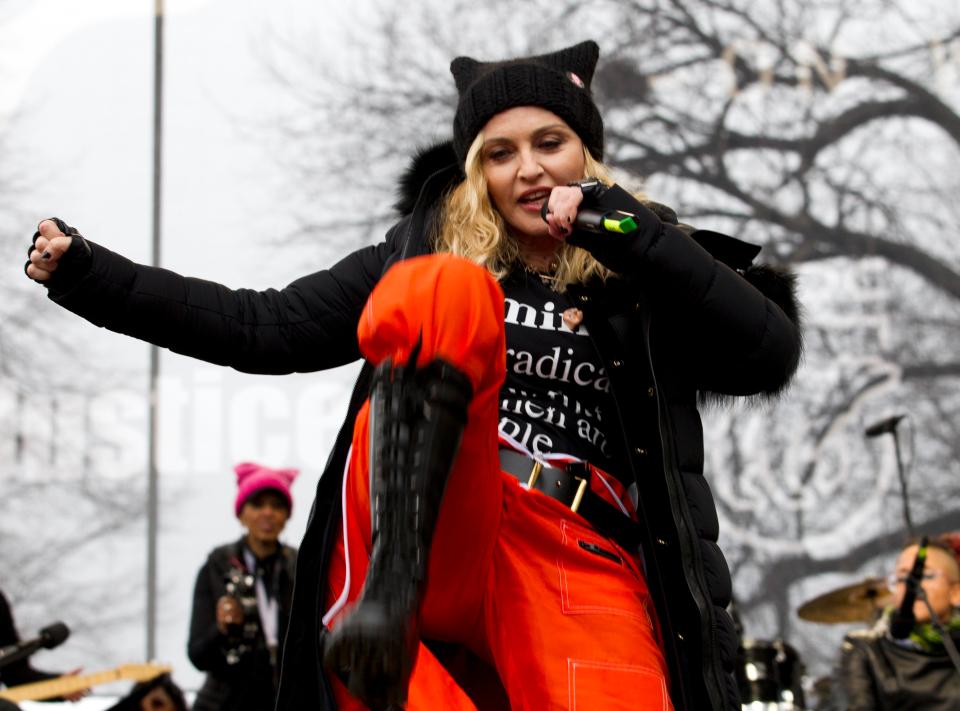 Audioslave headlined Prophet of Rage’s Anti-Inaugural Ball in Los Angeles, while other artists such as Joey Bada$$ and Green Day have released songs and videos protesting the new president. An entire social campaign, entitled “Our First 100 Days,” has arisen to provide much-needed funding to causes such as Planned Parenthood among others, which may soon be in dire straits. Toro y Moi, How to Dress Well, and  Angel Olsen have all added their voices to the movement.

As we all make the transition into the Trump administration, some of us more reluctant than others, one thing remains very clear: whether average citizen or famed musician, the American public have spoken, and they will not remain silent in the face of injustice. 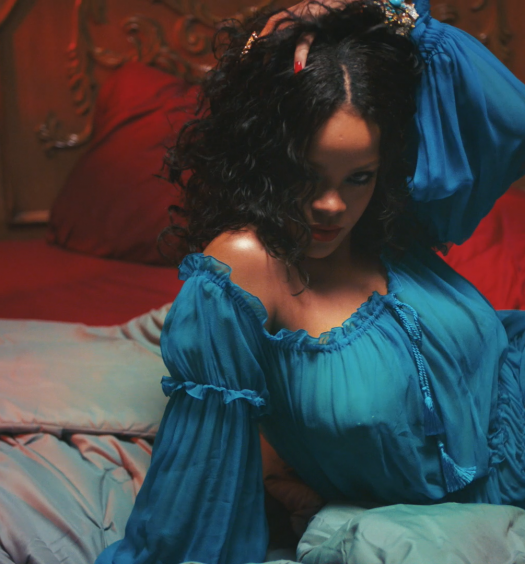 Read More
Yas Queen: Is it the Age of Women in Music? 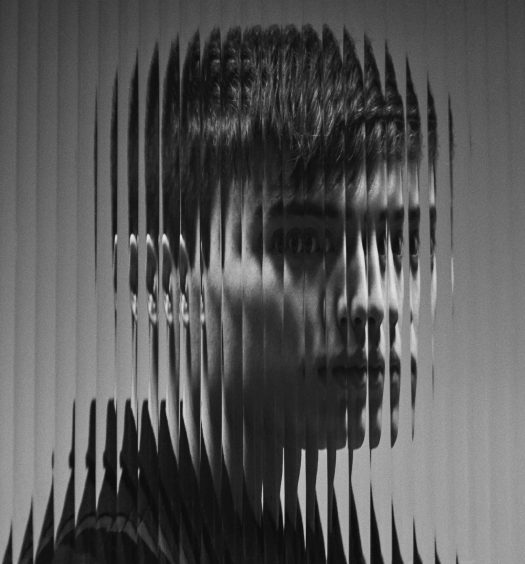