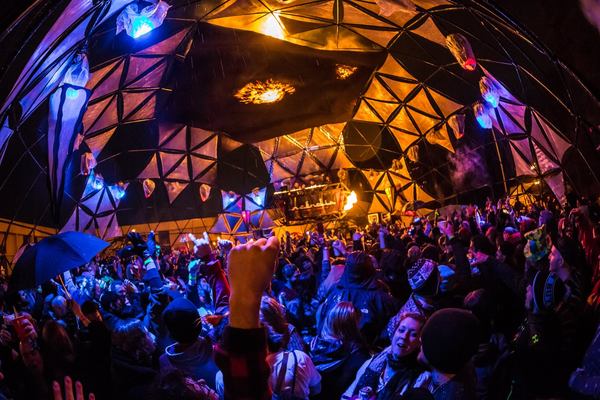 Miami’s new Rapture Electronic Music Festival is bringing Miami Music Week a fresh and alternative experience on the beaches of historic Virginia Key Beach Park. With its lush spaces and ocean views, Rapture brings festivalgoers the opportunity to take in the sounds of the underground. all while enjoying a rejuvenating environment.

Rapture Electronic Music Festival founders Youssef Khamis and Misha Warum wanted to take advantage of the natural beauty of Miami, stating, “We feel that taking a lineup of this scale and presenting it in an alternative environment was an opportunity to showcase Miami’s geography to people outside the city. We even have beach access, so fans can take a break from dancing and enjoy the water.”

The Flying Circus stage, together with Miami’s own Secret Garden, will take festivalgoers on a ride with its carnivalesque theme in a 5,000 square foot tent complete with stilt walkers, sexy clowns, and thrilling aerialists, all to the beats of Detroit techno icon Carl Craig, Art Department, Audiofly, Matthew Dear, Francesca Lombardo, and M.A.N.D.Y., plus an exclusive Miami appearance from M.A.N.F.L.Y. Presenting a highly music-focused experience, The UN_MUTE Stage plays host to the minimal sounds of Romanian DJs Rhadoo and Petre Inspirescu, along with tINI, DeWalta and East End Dubs. 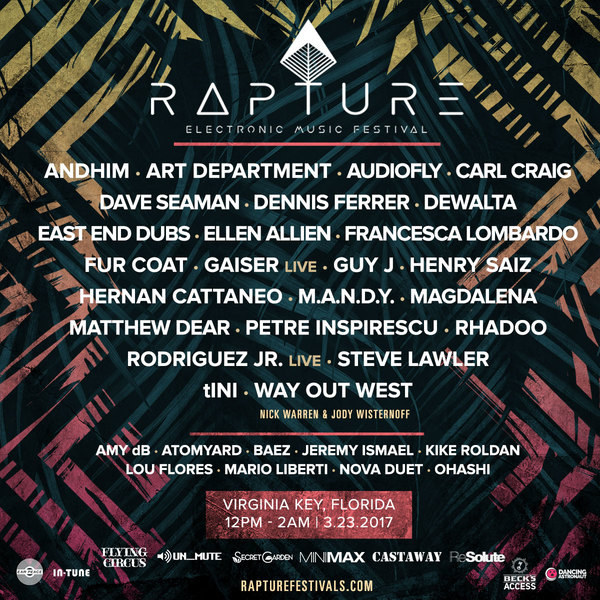 Representing the progressive side of house, The Soundgarden & Castaway Stage invites guests to dance with their feet in the sand to the sounds of Hernan Cattaneo, Guy J, Henry Saiz, Dave Seaman, and Nick Warren and Jody Wisternoff together as Way Out West for a special reunion. On the local front, Rapture welcomes Miami’s up-and-coming DJs to the newly added fifth stage, the Nomad Stage, featuring a Funktion-One sound system.

Only minutes from downtown Miami and South Beach, the 14-hour event will present interactive activities and performances, art installations, elaborate stage themes and set designs, hearty and wholesome food and beverage options, and more on a beachfront setting and protected environmental oasis. Take a step back from the dance floor and dip into Rapture’s floating lounge in the ocean or revitalize with massages and partake in yoga sessions throughout the day. Step into Incendia, a mesmeric series of interactive geometric domes, some up to 20 feet in diameter fusing the worlds of art, design, and science under various fire-laden and misting roofs.

We are giving away two tickets to Rapture Electronic Music Festival for one lucky winner and a friend! Enter below. 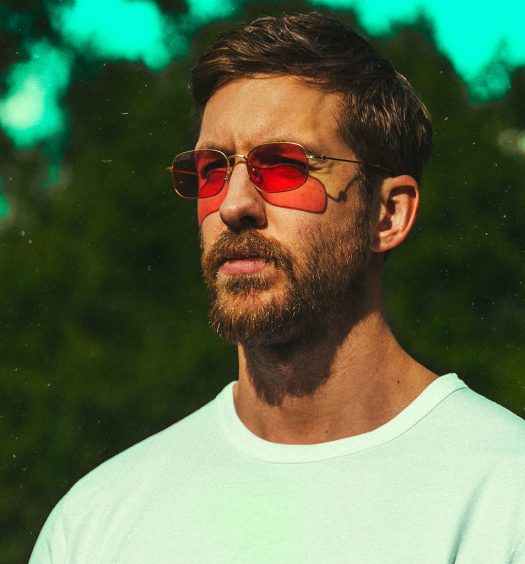