A knight in shining armor but better, Prince Fox‘s Sam Lassner is a 24-year-old future pop producer on Republic Records. Lassner was roused after setting foot in New York City’s Electric Zoo and proceeded to charm millions reworking 3LAU’s “How You Love Me (feat. Bright Lights),” Cazzette’s “Blind Heart,” SNBRN’s “Raindrops (feat. Kerli)” and Hey Violet’s “Guys My Age.” The illustrious individual’s latest creations, “Oxygen (feat. Michelle Buzz)” and the Musings EP, were a handsome precursor to Sam’s international Meet The Foxes Tour featuring 3LAU, Louis The Child, 12th Planet and Borgore. Fresh off the SXSW boat, Prince Fox equips himself for the fiery pits of Miami Music Week. Behind those Harry Potter glasses lies a grandma-loving guitarist with a sweet soul and even sweeter musicality.

Why are Chris Martin and John Mayer inspirations of yours?
Chris Martin, because I like the way he arranged his post choruses. That was super uplifting. John Mayer because I idolize all of his work. ‘Continnum’ changed my life. I’ve been following him for a really long time. His concert series, “Where The Light Is,” he did the DVD of, where he opened, headlined and closed for himself, acoustic full band then trio–I must have watched it at least 300 times. Their artistry, the way they write lyrics and the way that they don’t take any kind of cop-outs lyrically is really genuine but poetic.

How did you end up on tour with Borgore and 12th Planet?
I met Asaf Borger (Borgore) just over a year ago, and we became friends right away. We’ve been working on a few tracks together that we are going to be putting out soon, hopefully. It’s definitely not what you’d expect from either one of us, which is cool too. He was sitting on my couch one day and was like “Oh, yo my agent just emailed me that they suggested you to come on my tour. Do you want to come on tour with me?” I was like “Yeah.” Then our agents sorted it out, and that was kind of it.

What was it like developing your career in New York, when it’s so competitive being a DJ out there?
It was interesting in New York. I feel like I moved into an area where I did my own thing. I was much more influenced by the internet than I was from New York specifically. I drew inspiration from walking around and stuff, but sonically, the internet had me a lot more inspired. When I moved to LA, that exploded into a million different things because LA is just where everybody is now; it’s been amazing.

How do you enhance single’s you remix such as Hey Violet’s “Guys My Age?” Walk me through your process.
I’ll put the acapella that the label sends me into a session and I’ll listen to the vocal over and over again. I’ll hum what I think should be underneath it and then when I come up with a good idea, I’ll put that down right away. Once you have the basic few building blocks like the verse, chorus and the drop section (if there is a drop), then it takes shape. You mix it down, and it’s done.

Fashion influences?
I read a lot of stuff on the internet, as everybody does. Going to NYU, I was thrown into the culture subconsciously. I started following clothing brands. A bunch of my friends wrote for fashion blogs. A year and a half ago, one of them wrote how all high fashion is about to exploit skate culture and I was like “oh, well I guess I have to go buy like 15 Thrasher shirts before everybody has them.” I bought them and just sat on them. I saw everybody wearing them and was like “okay cool, like we’re out here.”

I got the heads up before they all tripled in price which is pretty cool. You can see all of these high-end designers making Vans-ish shoes with different kinds of prints and fabrics, even distressing their stuff. My main influences are accounts that I follow and people I look up to. I’ve developed my own thing of stuff that I like which is a hybrid of the hipster and high fashion world. Occasionally, I’ll be a little bit more preppy for events. I keep my jeans pretty tight. I like my jeans tight, usually with holes in the knees.

How is SXSW and the Austin, Tex. music scene distinct in comparison to any other festival or show you’ve performed at?
Imagine that you had the best food, music and best comedy all jammed into two square miles with way more people than the city can hold. Everybody’s sleeping on floors and couches and alternating, no matter how ballin’ you are. All of the hotels are sold out everything is crazy. It’s different because you’re living in a city with all of your best friends down there. Festivals are similar, but their an oasis away from things. This is real life. You wake up in the morning, get coffee and start partying or working. You’re on for as long as you’re there.

Why Logic over Ableton?
I just switched to Ableton in December. I felt like I was doing a lot of the same things over and over again. I wanted to redo my process and force myself to be better. I wanted to really plan out and not let my muscle memory carry me away into finishing a track. I still do vocals in Logic. The workflow in Ableton is really cool. I like how you can type in the name of a plug-in that you want as opposed to scrolling in Logic. It’s a faster workflow. The way the “Arrange” window is set up, where you can click and how the envelopes all work, is really great. The automation is pretty simple and explanatory. It’s a very well put together program.

What’s the most important attribute about you, Sam, the Prince Fox brand, or your music the general public needs to know?
It’s all multifaceted. We live in a day and age where people like to digest things that are expected. Bain says in ‘Batman,’ “If I say that someone’s gonna die and people know, it’s like whatever. If I say that something might happen, and there’s uncertainty, then there’s pandemonium.” The fact that everybody wants certainty with a specific artist a lot of the time, is a mold I’m trying to break. I have a stigma in the past of doing big future bass-sounding, lush things. A lot of the stuff I have coming out is a departure from that because I feel that sound has been plastered all across SoundCloud. I still love it and enjoy making it. I want to push myself, my own boundaries and push the boundaries what popular music can be. I felt like I couldn’t accomplish those goals by sticking with the same thing for all of my new songs.

Musings EP follow-up? Release month and title please?
I’ve written about 35 songs, so just over two albums worth. Over the past year-and-a-half when that stuff was supposed to come out, I could never solidify what would make sense put together as a body of work. At the time I was doing it, I felt like as a producer, I wasn’t mature enough to “produce it for myself.” They all came out really cool, but it wasn’t such a coherent vision. It was a struggle to put it all together. It’s an ebb and flow of “I hate everything,” and “I’m confident in my music.”

About a month ago, I decided with my managers to sit down and pick the best 20 songs that I have. I’m going to produce them all to fit the new aesthetic of the brand and do alternate versions of each one. We are going to release the same song, but with a big clubbier version that DJs can play and then something I can eventually do with a live show. I have a huge amount of content. I just want to make it cohesive and important. For the most part, I stopped getting top lines from writers and have been in the studio writing stuff myself. It’s all very much from, and of, me. I just want it to be perfect.

In Darren Bonilla’s 2014 Your EDM article, he says “While Michael Jordan was meant to play basketball, and Vincent Van Gogh was put here to paint, Prince Fox was born to create music.” When you hear someone say that about you, what feelings does it evoke?
It’s something I feel that I don’t deserve, but it’s good reassurance that I’ve picked the right thing to do. ‘Cuz obviously when you’re creating art, you don’t show up to your desk every day at the same time. It’s a different routine and there’s no instant reward where you’re like, “People like my stuff. I’m doing better.”

It’s kind of a constant ebb and flow of you’re in people’s faces, you’re out of peoples faces, you’re in the studio, you’re on tour. It’s not consistent. It definitely takes a toll on your confidence, so hearing stuff like that is really good reassurance. Things are okay, even if you have to take some time off and make sure your product is quality. Thanks Darren, man. I want to give you a hug, shit.

And maybe a kiss on the cheek?
You can do that for me. 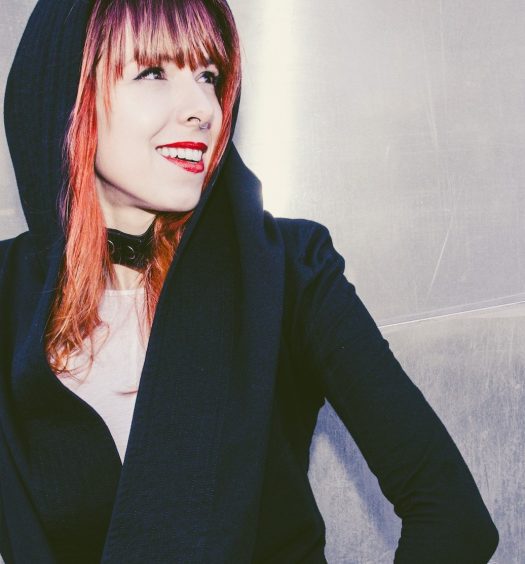 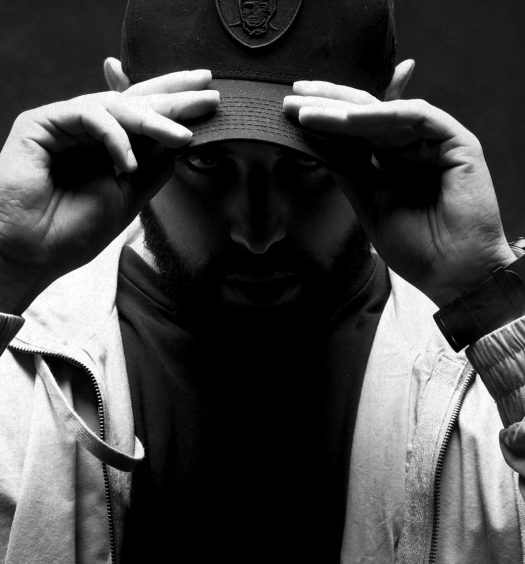