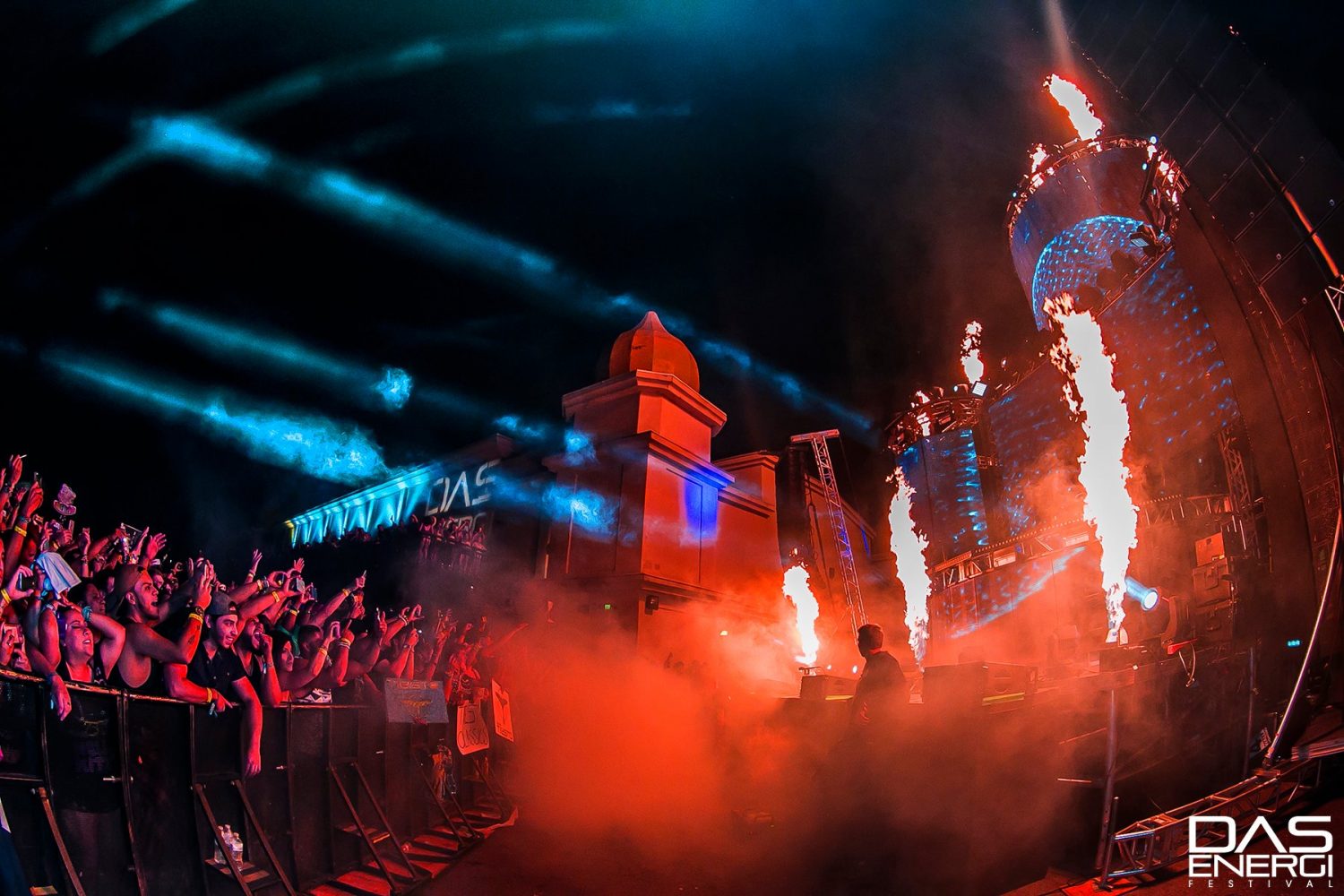 Das Energi is coming back to Utah at the Saltair Amphitheater this year with a hot lineup that you don’t want to miss.

After drawing in over 15,000 attendees from 36 states across the nation last year, Das Energi returns in 2017 to expand even further across the nation. V2 continues to push the envelope for what can be accomplished in a state such as Utah, and welcomes attendees to enjoy the three areas of the festival with enhanced attractions, experiences, vendors, and production.

The festival features three different areas for fans to enjoy the wide array of sounds. The main festival grounds, “Energi Field,” will feature the renowned and improved “Temple of Boom” stage. The second area, “Synergy Station,” will take you to another world with a circling balcony and massive dance floor. The third area, “Galacic Flats,” will feature sounds of a darker and more underground nature, with new art installations, relaxation areas, exciting vendors, and a completely revamped and improved stage and sound production. 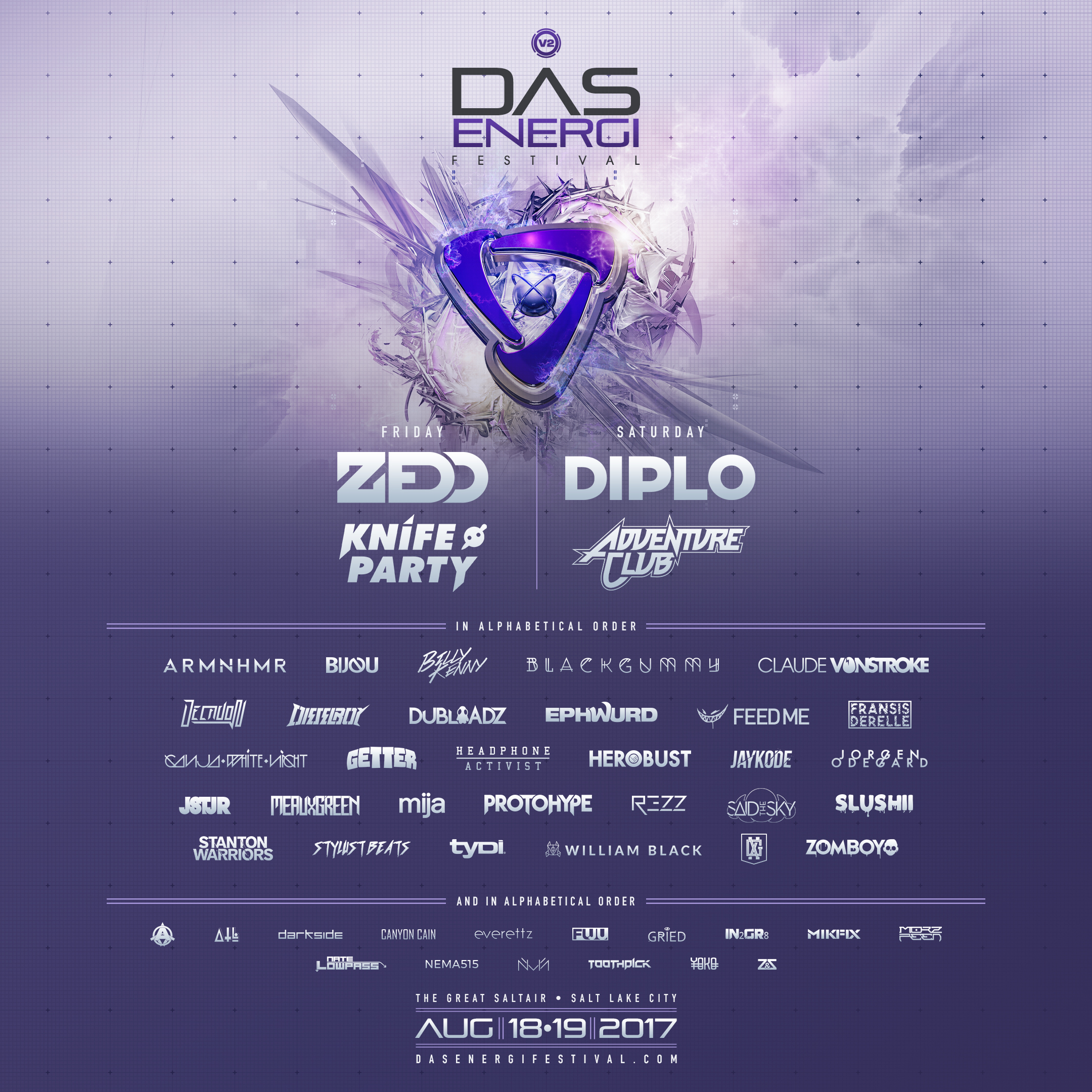 Phase Two artists were announced through an official Das Energi video which takes the viewer through several prominent hangout and cultural hotspots in Salt Lake City, telling a story while announcing Phase Two festival artists throughout.

Enter to win a pair of tickets to Das Energi Festival below! 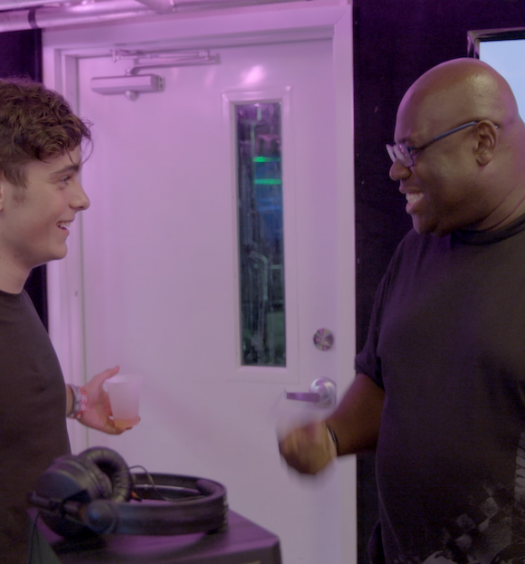