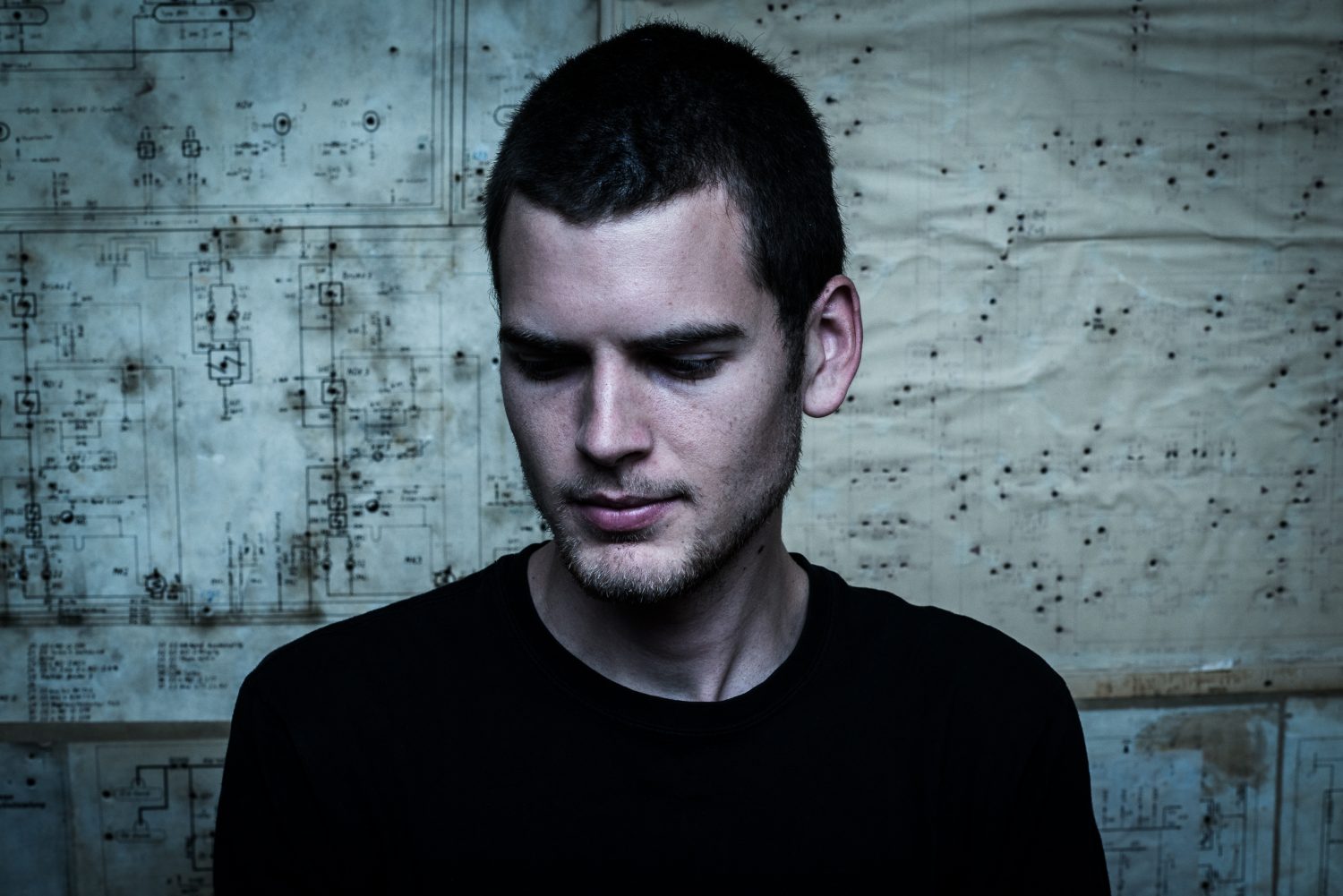 If you don’t know Mad Zach from his filthy singles, then you might recognize his collaborations with G Jones, his brand new release on Zeds Dead’s Deadbeats label, or simply the wicked amount of support he is currently receiving from the bass community.

The California-born, Berlin-native just hit HARD Summer as part of his Fortress Tour, which also lists stops at Shambhala, Organic Fest, and more. We caught up after his unreal performance to discuss why he moved to a brand new country, how he makes his head-turning sounds and a whole lot more.

What are your first memories of music? How did you get started in producing music?

My first memories of music are of my dad and turntables. Artists like Tina Turner. I played guitar since I was 8, but I could think musical notes better than I could play on the guitar, so then I started dabbling with recording. I kind of discovered hip-hop at the same time so I started making beats. From there, I just sort of discovered electronic music.

So your dad was spinning on turntables long before you were even producing?

I don’t know if I would say spinning. He’s not like a DJ, he just has a big record collection.

What do you use to produce music?

Ableton is my primary DAW, and then I have a bunch of hardware and an old 24 channel analog mixing console. The gear list is long but some of my favorites are the tr-909, analog rytm, sub 37, moogerfoogers, and some old Korg stuff. I like to do a lot of jamming and experimentation on my machines and then sample it into the MPC or the computer and edit it. So yeah its really a fusion of analog and digital. The monitoring is a big part of the equation as well, I’m working with the KH-310a’s with a sub and I’ve been very happy with that setup.

What’s the quickest you’ve ever made a track?

Damn! If someone who didn’t know your music wanted to hear your tracks, what would be the song you’d want people to hear for their first impression of you?

Maybe the “Robovox” track off the EP, but also I’ve been making a ton of new ones recently, so maybe one of these new ones. It’s called “CBIG” right now, but I think I want to change it. That’s the project name, I always give the most random names.

So right now, you have a lot of stuff in the works. Will you be releasing these as singles?

Right now, my plan is to sort of do singles through the fall and then in the beginning of next year drop another body of work, whether it’s an EP or album or something.

Do you prefer producing over DJing?

Well to be honest, I much prefer producing. It’s where I really am creative. The DJing part, obviously, is really fun because it’s awesome to have this response from people and it kind of gives me excitement and motivation, and also when I get back to the studio I can kind of imagine how people will react to it. So it’s good and it’s important, it’s also how you have to do it.

Do you do a lot of your producing in Berlin?

How come you moved there after growing up in the U.S.?

I just really wanted to leave the United States, and also to live somewhere more free. It just sounded tight, I just wanted to go to Berlin. I heard so much good stuff and I really liked the music, so I kind of just packed a backpack and bought a one-way ticket.

Are you happy you moved there?

Do you think that’s just in general or in the music scene as well?

In general. In the music scene as well, although the music scene is definitely focused on techno. But for me, that’s been really cool to get out of the bass music scene because coming from Santa Cruz and the west coast, everyone around me was doing bass music. So you kind of wind up participating in a conversation whether you want to or not, and then you’re not as free to say anything, because you’re always responding to other people. So by going there, I got the different influence, so it’s been really cool. I discovered sort of a hypnotic angel that’s a little bit less edited. That’s what I’m exploring right now.

Are there any artists right now that you have on repeat?

Do you listen to a lot of music in your free time or are you spending most of your time in the studio?

Yeah, I mean I listen to music all the time. If I’m in the studio, sometimes I like to listen to other stuff if I’m just cleaning, sitting, or smoking weed, but I like a lot of ambient music.

Do you have any advice for upcoming artists who are trying to pave their path in the bass music scene?

Yeah, I would say to dial your sound and not be impatient about releasing, because there are a lot of labels out there that will take music, whether or not you in five years will like it, but everyone else is like, “Yeah, Sick man!” But if you just be patient ’til where you really want to be and then put it out, that’s a good way to go. But also to draw from your own pool of inspirations, like maybe look at an artist that makes a similar type of music and be like, “I wanna make something like that,” but try and do your thing.

When people are putting out singles every single day, it can be hard to find the balance between wanting to release and taking your time.

Yeah, I mean I think on the one hand, there’s this really fast-paced competitive stuff, but I think you can also be outside of that. You don’t necessarily have to keep up with the hustle. If you make something really good, its not going to go away after a year.

What’s the coolest thing that has happened to you in your career so far?

I mean the past year has been really awesome because I started playing bigger shows and it kind of all started at the Dirtybird Campout. So yeah, that’s been really good. I built a studio in the spring – that was probably actually the tightest thing in my career, being able to do that. Ride my bike seven minutes through the park, get a view of the tower and river, and I’m there.

You’re making me want to just pick up my stuff and go.

You should check it out, it’s amazing. I think because there are elements of not being so focused on money and things are more affordable, so the combination is really refreshing, especially as an American from California and L.A. where everything is just like ‘consume’ and people don’t have so much free time. You have to drive everywhere and pay for gas, and there it’s like, you can just ride your bike for $1.50 and get a big beer and there a lot of parks where you can sit for free.

Is weed legal there?

It’s not legal, but it’s basically very okay. They’re working on it.

Last, but not least, someone’s going to see one of your shows. What can they expect?

I think the kick that I’m on right now, not that it’s gonna change tomorrow, but I really want to find this place of a hypnotic out-of-body experience, while retaining the filthy heaviness of bass music. Because techno is really immersive and you can get lost for hours, I want that, but it lacks the slower tempos. So that’s what I’m going to try to do next.

Listen to Mad Zach’s brand new release on Zeds Dead’s Deadbeats label below and keep up with all of his releases here. 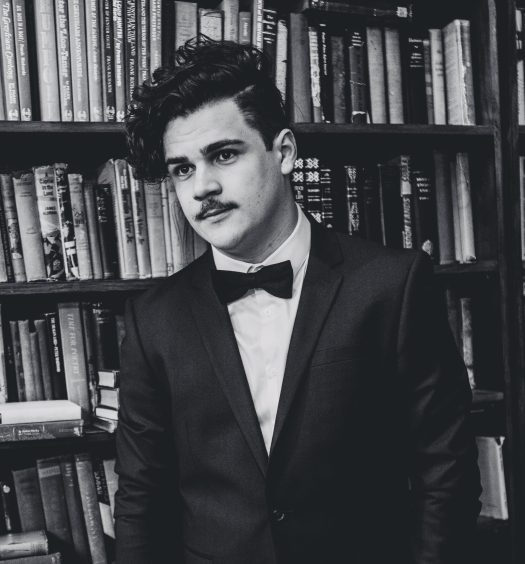 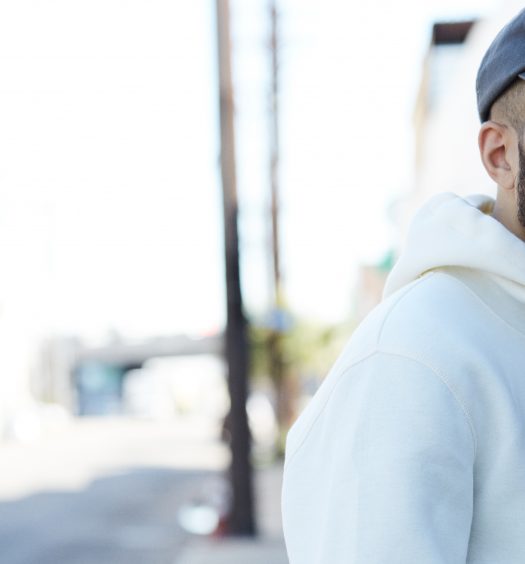