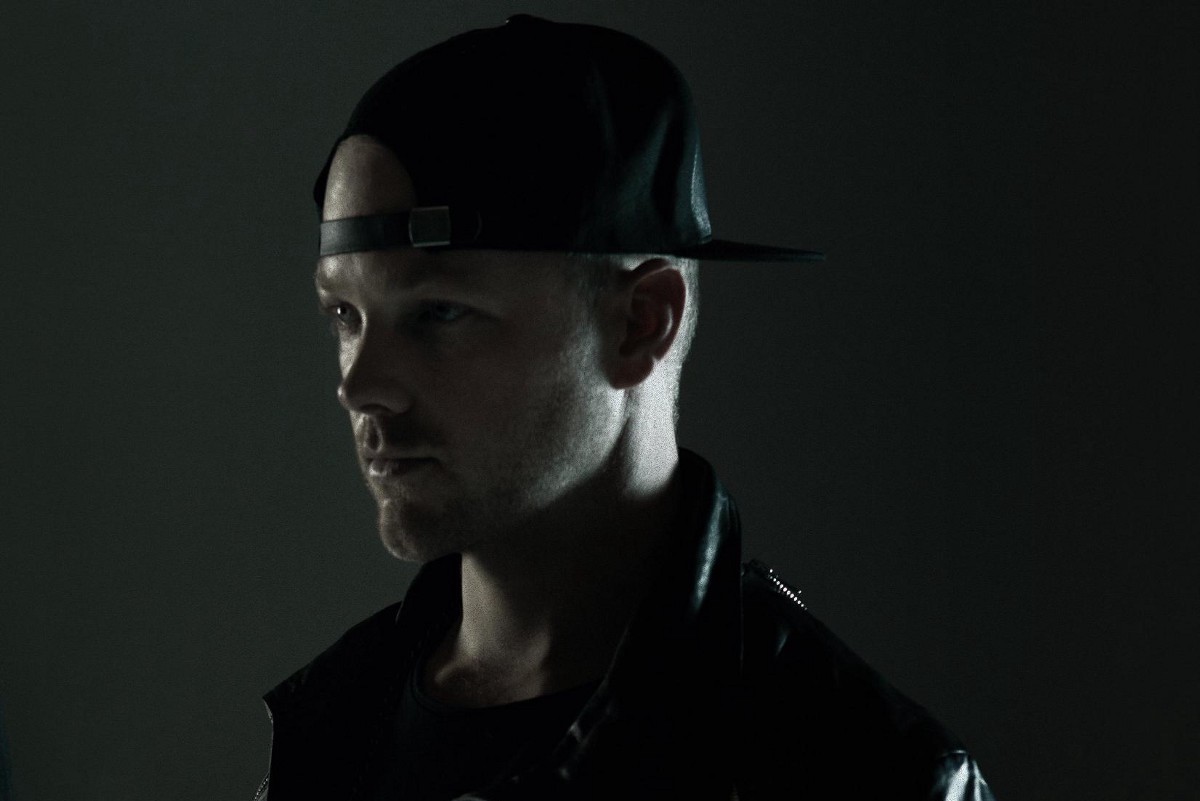 It’s not every day that I interview an artist who’s calling me from a papaya farm in Hawaii during a sunrise at 6 a.m., but this was exactly the case with The Glitch Mob’s Justin Boreta. The legendary musician has been finding himself in between the sectors of music and technology for some time now, thanks to music and performances that rely on innovative technologies, but now he’s decided to help create one.

Taking on his most collaborative technology project to date, Boreta has partnered with virtual reality company TRIPP in the hopes to impact the way people feel using the unique sounds he developed with The Glitch Mob. Justin will be creating custom, original audio for TRIPP’s VR experiences, which aim to affect people’s moods and create a sense of mindfulness.

His new role as Creative Director will find him traveling through uncharted area in the realms of VR, while at the same time highlighting electronic music’s growing presence in the technology industry. Together with industry-leading audio-visual producer and programmer Matthew Davis, who has been named Producer of Music and Sound Experience, Boreta has formed Superposition, a project focused on creating and performing immersive ambient music for TRIPP’s product.

I chatted with Justin Boreta about his role in TRIPP, where he sees virtual reality heading and more. Check it out now:

How did you get involved with virtual reality and TRIPP?

I’ve been a fan of VR and a user for a while now, and we’ve been experimenting with stuff in The Glitch Mob world for a while. I also have an interest in ambient and spacial music, within Glitch Mob and also just on my own. I have a project with my friend named Matt Davis–who’s involved in TRIPP as well–called Superposition. We performed at Lightning in A Bottle festival, and we just did a show up in San Francisco (Envelop spatial sound), so ambient, spacial, meditative music is something that I’ve creatively been interested in for a while.

A friend of mine named Tim Chang from Mayfield, who I’ve done a couple of projects with, called me one day and he’s like “I have to tell you about this project I’m working on. It’s called TRIPP, you really need to know.” So he brought me in and set me up with TRIPP CEO Nanea Reeves, and we instantly hit it off. So for me, it was just the logical extension of what I’m doing within music, and it’s hard to describe without experiencing it, but it brings together music and creative flow states and mindfulness and almost narrative music-making/film scoring in a way, although you’re creating music for an actual living breathing environment, versus just a 2D film score. Everyone who’s working in VR right now knows we’re off in uncharted waters, which is really exciting.

It’s hard to describe without experiencing it, but it brings together music and creative flow states and mindfulness.

That’s great! Do you see virtual reality getting to a point where people are using it on a daily basis?

I do! It’s hard to say exactly how it’s going to happen, because there was a minute there where people thought it was going to become synonymous with how everyone has a television, and that could still happen. A lot is going to change. Who knows? 10 years from now, maybe everyone has a VR headset. As soon as the technology becomes easy and it’s as portable as an iPhone, then we’ll see mass proliferation for sure.

It’s not just being in VR for the sake of VR, it’s really trying to create a positive impact on people’s psychology.

It’s taken off in the gaming world, but it hasn’t really gotten beyond the hardcore early adopters. For TRIPP, what we see as an interesting viewpoint into it is through the ability to alter your mood. In this way, it can be useful in the same way that you would use a meditation app in the morning to get you through a guided meditation. It’s like that, but it’s in 3 Dimension. We could see if it you’re going into a big meeting, you could have a ‘TRIPP’ or if you’re just doing it for your morning meditation, or for people who are in the hospital. And that’s something that we have been focusing on, to draw a line between mindfulness and wellness and meditative states through VR, so that’s really exciting. It’s not just being in VR for the sake of VR, it’s really trying to create a positive impact on people’s psychology.

That’s a pretty interesting point of view. You will be the Creative Director for TRIPP, correct?

Yeah, I’m going to be the creative director and then Matt Davis, who’s my partner in this, will be the Producer of Music and Sound Experience. He and I will be focusing on specifically making a narrative and making the audio feel completely immersive. That’s what I do with The Glitch Mob when we write albums–we’re just finishing our third album right now–and it’s all about creating a world that you get lost in. We work on an album for about two years typically, and it’s about getting my own intellect out of the way and letting the intuitional, creative standpoint take over to creative something that’s an immersive full length hour-long listening experience. Something I’m really interested in is using music to immerse you, so what we’re going to be doing is taking that same sense and applying it to a completely different philosophical world.

It’s all about creating a world that you get lost in.

It seems like you’re pretty into mindfulness and spirituality. Is that something that was a part of your life before music, or something you’re just getting into now on a personal level?

I’ve been a daily meditator for quite a while now, coming up on seven years when I took my first meditation class. I had mindfulness books and information all around me. My father was into meditation and yoga and such in the ’70s, so I grew up with Alan Watts and Dianne Ross books, so it’s been in my periphery for the last 7-8 years or so. I’ve really been into daily meditation and retreats, so this is a natural extension of my interests and contemplative thoughts.

Since you’ll be TRIPP’s Creative Director and you’re also working on The Glitch Mob album now, how are you going to balance your time between the two projects? It seems like a lot.

It is a lot, yeah. When it’s something I’m so deeply and creatively inspired by, it doesn’t even feel like work. Working very long days on both projects comes naturally, and I love the projects so much. I also have Matt Davis, who also works on The Glitch Mob as a systems designer for The Glitch Mob live show called ‘The Blade.’ He’s a mastermind classically trained musician and programmer. Having him on board is really how the whole thing is going to happen. I think that it will all happen as it should.

What impact are you hoping to leave on people with TRIPP and your role with the company?

I hope that TRIPP will have the ability to creative a positive impact on people and people’s lives. It’s actually very similar to the way that I view Glitch Mob music as well, but instead of being at a live show or a recorded listening environment, it’s through VR. And hopefully what we think will be possible with it will be possible, and it will have the ability to change your mood. If you’re feeling a certain way and you want to feel another way, we can use the good parts of technology to nudge you in the direction that you’d like to go. If we can do that, if we can draw a line from the technology through to wellness in some capacity, then we have done what we set out to do.

I hope that TRIPP will have the ability to creative a positive impact on people and people’s lives.

Amazing! How can people who are interested in TRIPP keep up with everything you’re doing?

It’s very early stages, but you can follow all of the socials, and there is a mailing list and a website, so join there and as soon as anything starts to become available, you’ll be the first to know! 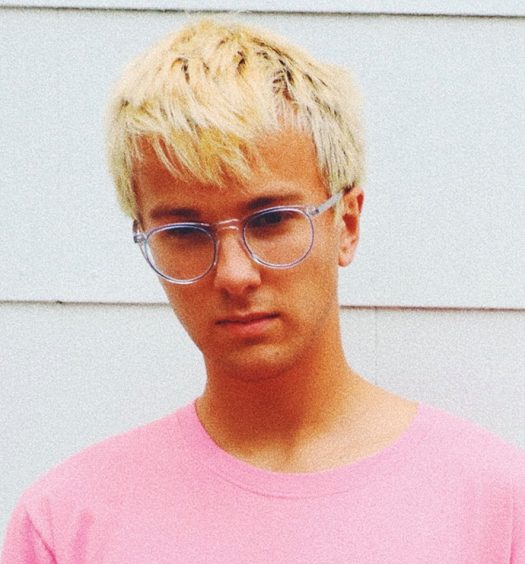 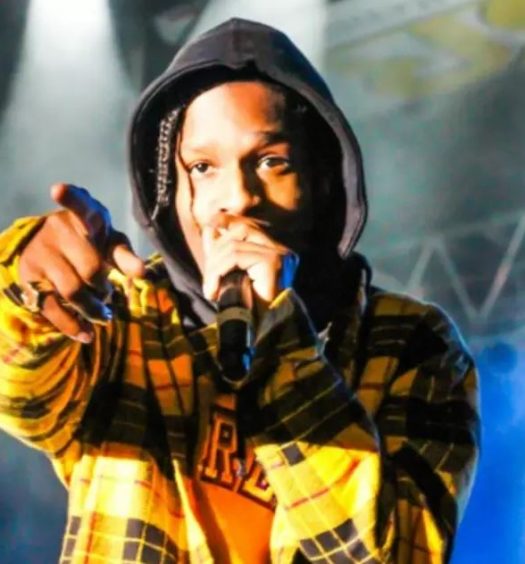