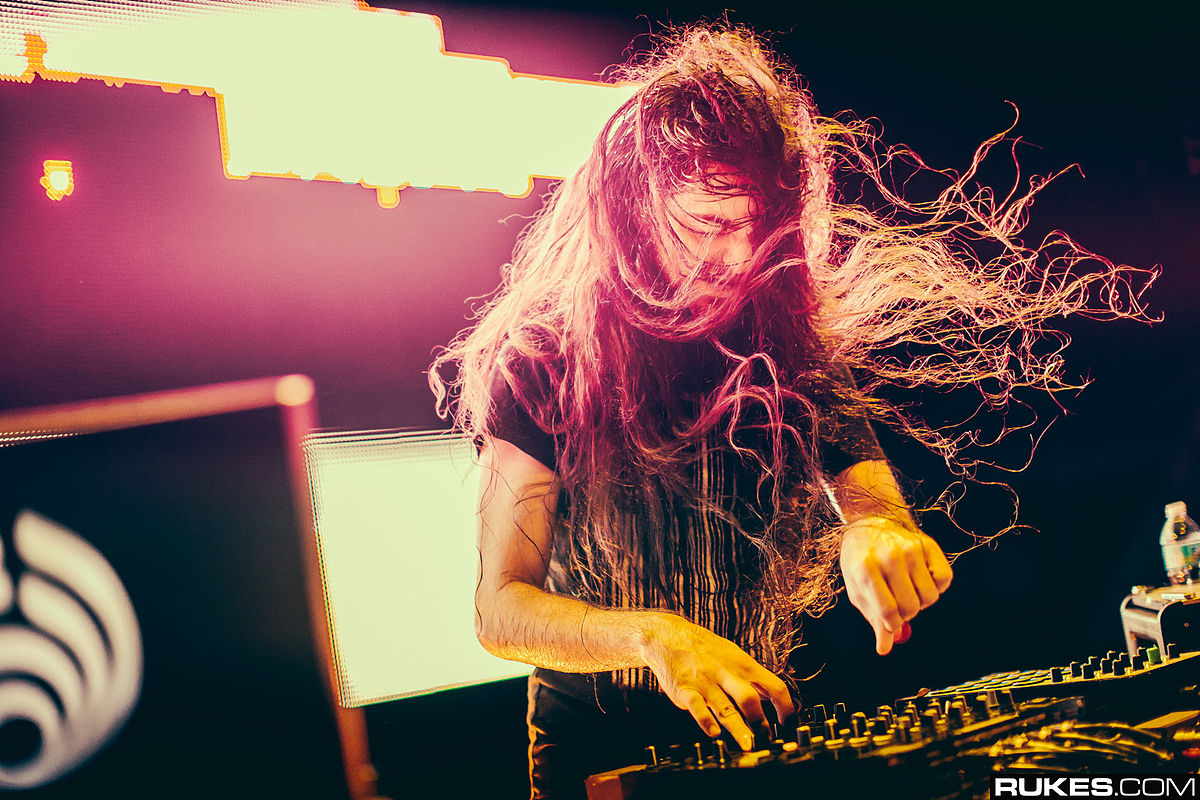 Many concertgoers had the privilege of seeing DJ legend Bassnectar preform at the massive Georgia World Congress Center on Sunday night. Not many people can say they’ve seen Bassnectar, especially on New Year’s Eve. This event sold out weeks prior while bringing in 22,000 attendees.

Although this sounded like the event of a lifetime, many comments arose on all social media platforms,  as they usually do. Many trolls on social media felt the need to complain about the long lines, the medical staff, and simply the music itself.

Bassnectar and his team wanted to settle and address this once and for all, and they successfully did. Bassnectar was purely in shock at the fact that there was even a single hater in the sea of beautiful people that night. Below you can see the message from him and his team. 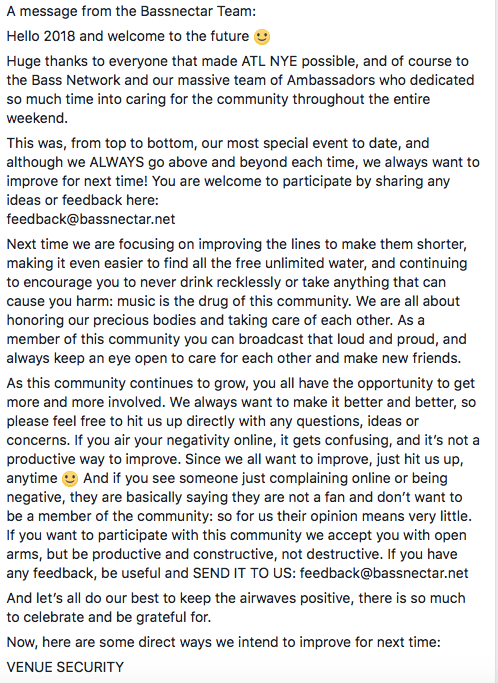 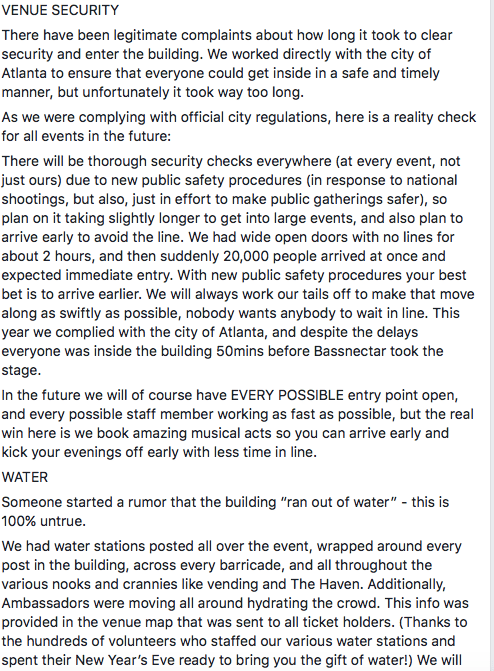 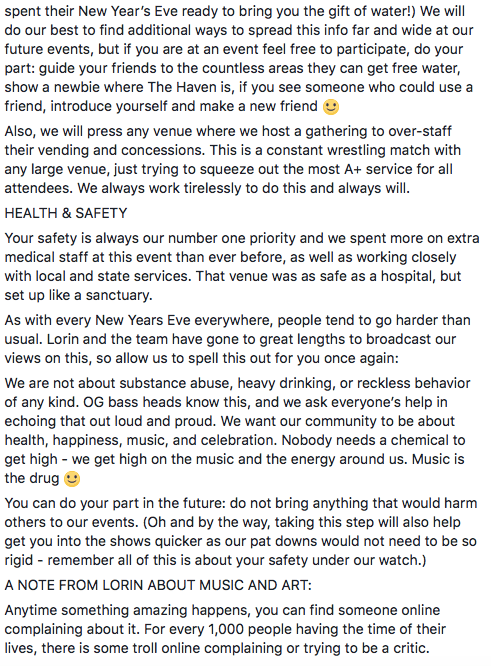 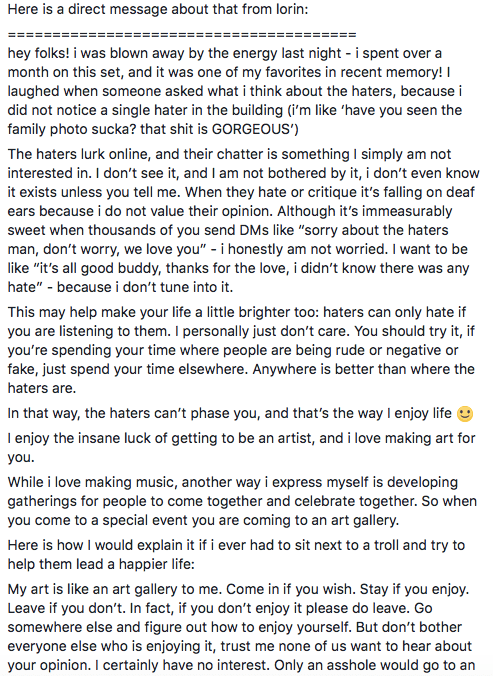 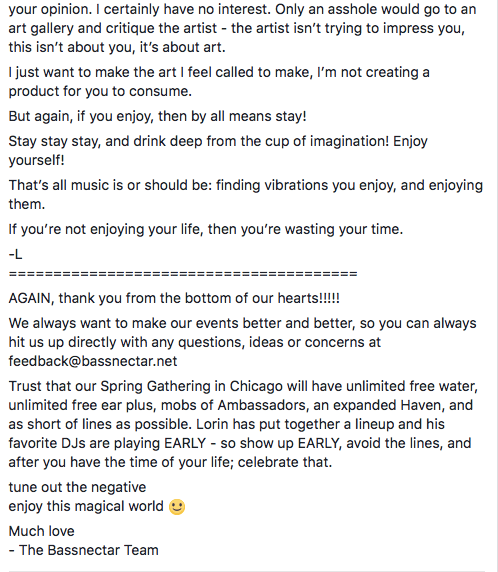 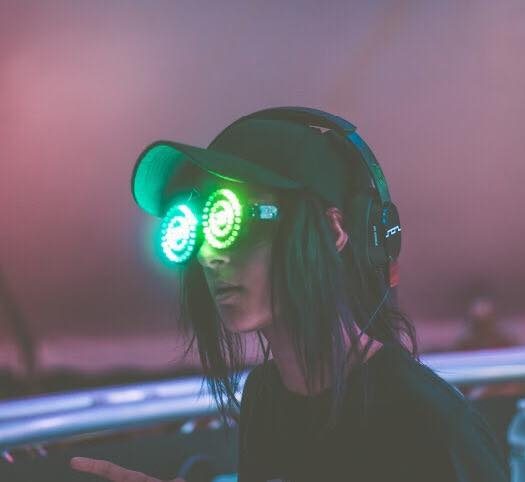