It’s the beginning of the year and we all know what that means: it’s lineup season. Our timelines and feeds are filled with colorful posters boasting the top names in music, friends making plans, and ticket prices as far as the eye can see. For the most part, each of these lineups brings fanatics of all different music types together to celebrate the work of artists across all genres. However, one festival’s lineup has been under scrutiny for its lack of female artists.

Firefly Music Festival is a four-day festival in Dover, Delaware. For years, it has been a constant presence in the festival scene boasting lineup after lineup of incredible music and even better vibes. This year’s lineup features huge names in music like Arctic Monkeys, The Killers, Eminem, and Kendrick Lamar, just to name a few. While this is a star-studded lineup that stretches across countless categories, the lack of women performers is extremely apparent and Halsey had no problem pointing this out on Twitter.

“Damn guys come onnnnnn. Where the women at.” Halsey tweeted. “This was one of my favorite festivals I’ve ever played at and it’s a shame there’s not more females on the bill. With the exception of (the amazing) Sza, the first like 20 acts on the bill are men. It’s 2018, do better!!!” Facing some backlash by Twitter she continued saying, “Who am I supposed to ‘go off on’ haha. Festivals ASK artists to play. Artists don’t ASK festivals if they can come. I’m just raising a point! So many dope women in music right now!”

Check out the tweets below and the lineup for Firefly here. 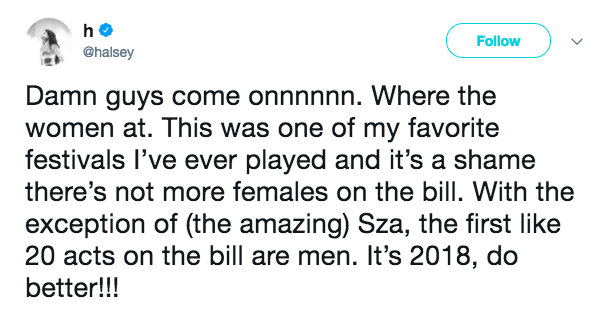 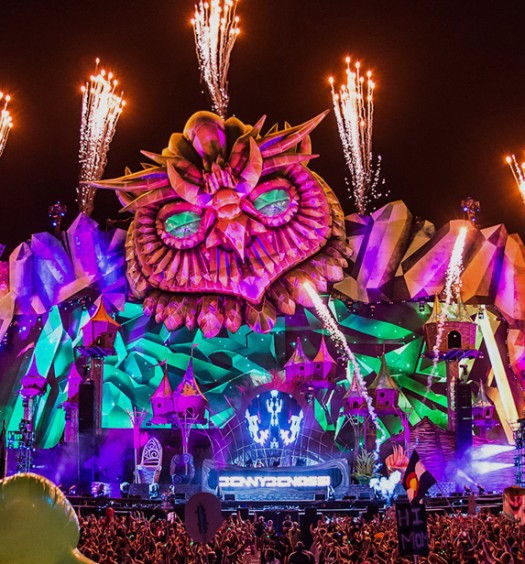