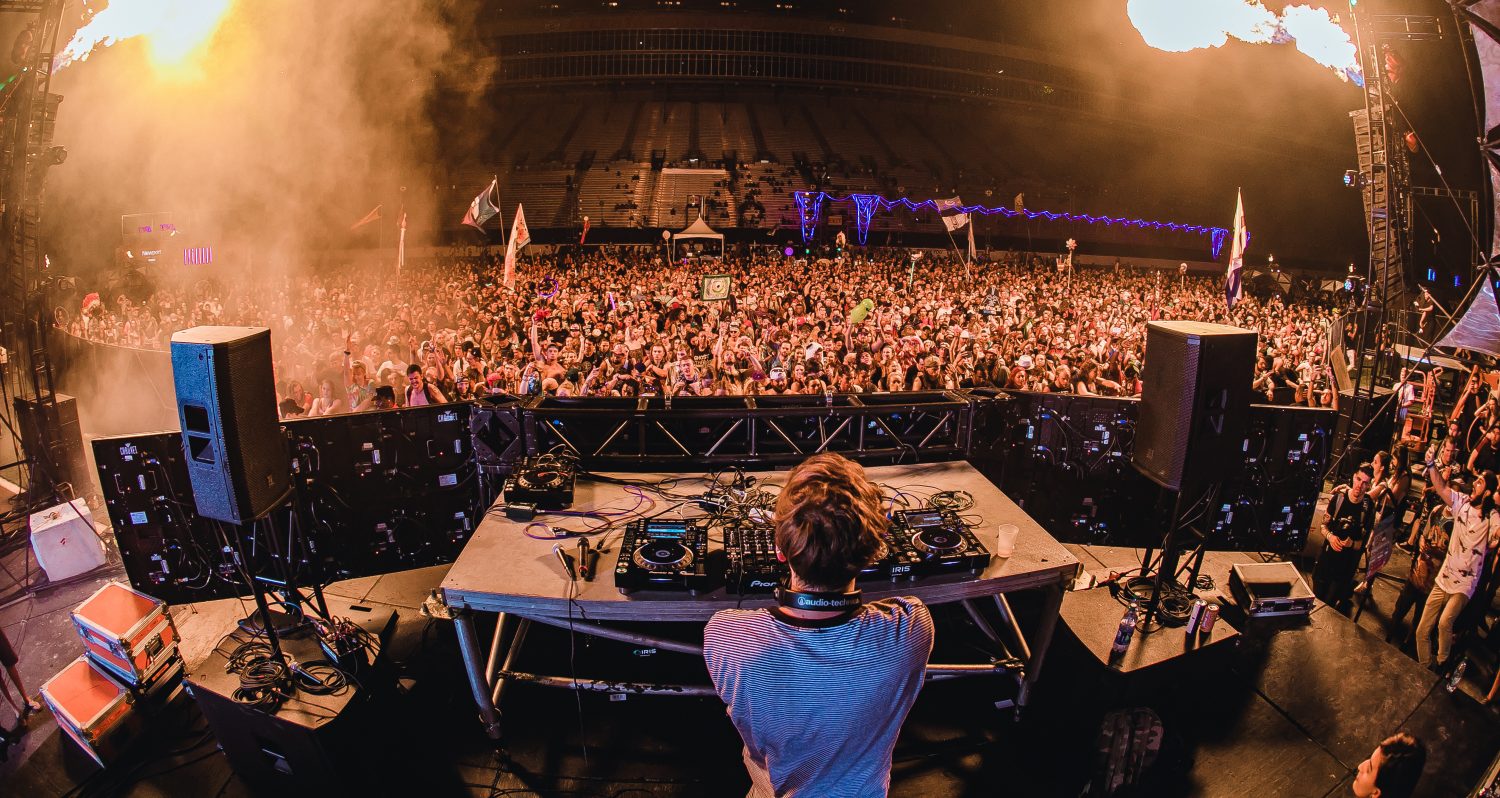 Minnesota‘s Christian Bauhofer has been one of this past year’s standout names. Most recently, his track “HiLow” accumulated over half a million plays, he announced multiple major festival appearances and now, he is keeping the hype more than alive with the release of his brand new Curio EP.

If you haven’t heard it yet, Curio, released via Liquid Stranger’s buzzing Wakaan label, sees the Berkeley-based producer step out of his comfort zone for a major comeback. Released two weeks ago, the EP showcases five unique tracks that are on par with some of bass music’s most legendary names. From the reflective “Edge,” to heavy-hitters “Technique,” “Dark Crystal” and “Desert Diamond,” to a surprise drum and bass VIP of “HiLow,” the EP is a well-rounded collection of what could be considered the producer’s best work yet.

We chatted with the in-demand artist about his brand new release, his upcoming performances and much more. Check it all out and hear Curio below.

Hey there, thanks for chatting with us! Congratulations on your Curio EP — it’s really incredible. It’s been a few years since your last EP. What is your goal with this release?

My main goal with this release was to have as much fun making music as possible and to not set any boundaries or expectations for myself. For the past few years I have had some sort of musical block and I think it was because I was forcing myself into making music that did not come naturally to me. Around August of last year I was able to let this go and sat down and made a track with no expectations of what it would sound like. “HiLow” came out of this and when I made it I honestly did not think anyone would like it, but it ended up being my biggest track in years. I continued this process of writing music with no expectations and the last 8 months have been the most enjoyable time of producing since I began making music.

What exactly does the name Curio signify?

The definition of Curio is ‘any unusual article, object or art, valued as curiosity.’ With ‘Curio’ I wanted to start a new story. The beginning of a rough narrative that will continue though the next few EP’s. The story starts with the discovery of an ancient artifact… Something perhaps left by other beings or maybe not. I’m planning on developing the story as time goes on, but ‘Curio’ is the beginning of a story that is the catalyst of an adventure.

You’ve been releasing with Liquid Stranger’s Wakaan label. Why did you decide to team up with them?

I have been a huge fan of Martin [Liquid Stranger] since I discovered bass music. He stood out from other producers for me because of the diversity of the music he released. After I produced “HiLow” I felt like WAKAAN would be a great fit and would get the track into the ears of people who would appreciate it. After that single release, I had such a great experience working with Martin and his team that we decided to keep releasing with them.

You’ve always been a master of melodic arrangement, but it seems like you’ve really been focusing on incorporating more unique sound design into your past few releases. Is that something you’ve been exploring more?

Up until about a year or two ago, I had it in my head that I did not enjoy sound design. I think this was because I did not fully understand synthesis. Now that I have a better understanding of synthesis I am having an insane amount of fun with it. I’ve recently gotten into modular synthesis in the form of Eurorack and that has been really fun. I still absolutely love making emotive melodic progressions, but am having a ton of fun combining that with sound design.

You’ve been a producer for almost a decade. What are some of the biggest challenges you’ve faced?

The first 5 or 6 years were hard because of the ups and downs of being a producer/musician. There are a lot of extremes… You get really excited when you land a big show or a track is received well but you also get bummed out when you don’t get a gig you really wanted or when you receive negative feedback on a track. There also can be lots of feelings of jealousy when someone else gets an opportunity that you did not. That was really hard, but after years of feeling like that I think you naturally adapt and subconsciously realize that that is not a healthy way to live. I am very happy right now and that does not have as much to do with how my music career is going. I am happy to be married to an amazing woman, I am happy to have great friends and family, and I am happy to see so many of my friends doing so well.

Is there anything you know now that you wish you knew back when you were starting out?

I would say the main thing I wish I knew was to never try to force yourself to make a certain kind of music. The best results come 100% of the time when you are making whatever comes naturally to you.

You have quite a few music festivals lined up for this summer, including Spring Awakening, Dancefestopia and Elements. What can we expect to hear at a Minnesota set?

My goal for live shows is always to play sets that go through a wide variety of different kinds of music. I spend a lot of time preparing each set, gathering music and making edits, to make sure the set is filled with music that is unique to the live set and that it is mixed in an interesting but cohesive way. I am also working very hard on developing the visual side of my show this year.

You recently dropped a remix from up-and-comer CharlesTheFirst, which has gained a lot of traction. Are there any other new artists you think we should be paying attention to?

Yea, CharlestheFirst is definitely one of my favorite new artists. A few other up and comers that I’m a huge fan of are Zeke Beats, EASTGHOST, Vorso, PEEKABOO, and Alon Mor.

This year I’m working really hard with my team and to develop my live show. We are working with a few visual artists and getting a bunch of custom and immersive visuals made for my live sets. Along with that, just cranking out a bunch of new music and getting ready for a big fall tour where we will be touring with production and some really great support artists. 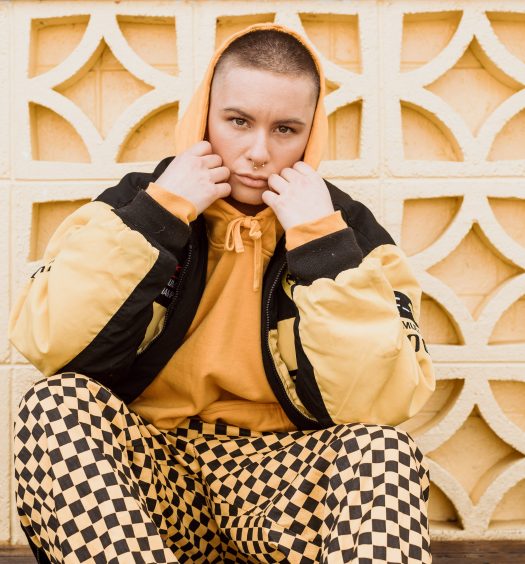 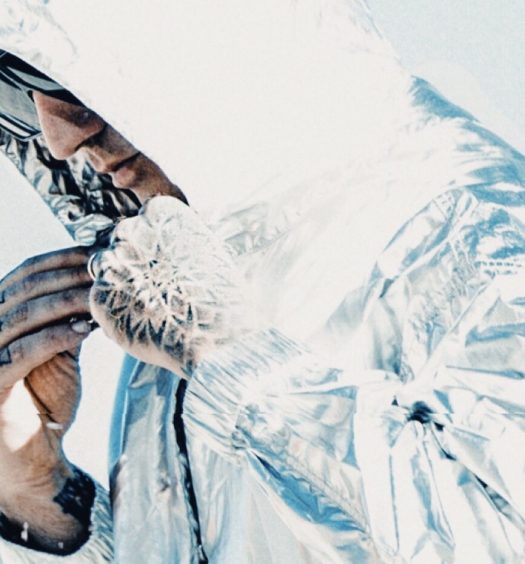