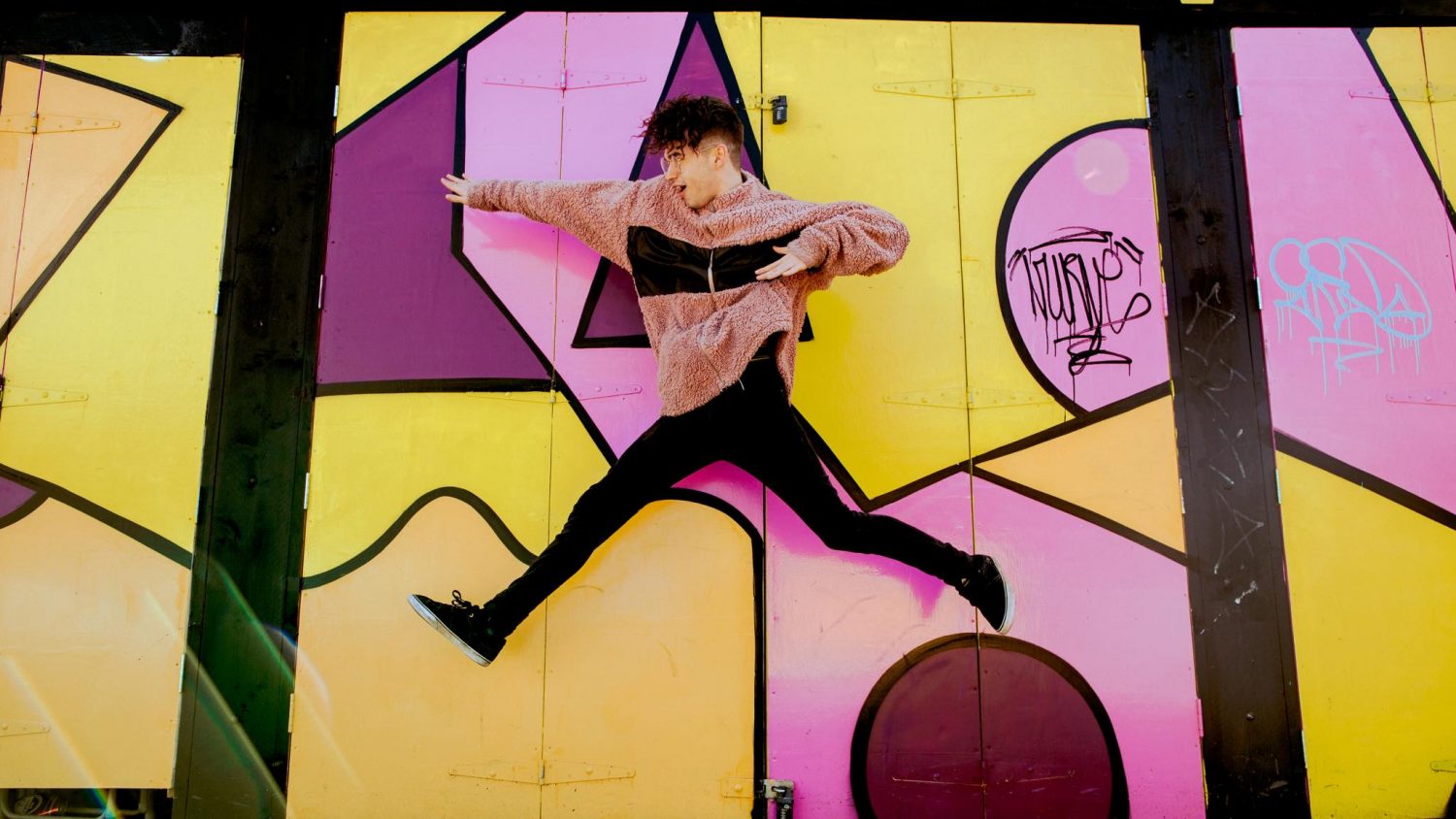 After a two-hour struggle with Chicago traffic and an eight-minute skate down rigid back alleys, I found myself at Logan Blvd. Skate Park. DNMO‘s Aiden Morgan ran towards me with nothing short of a bear hug. We’d been communicating over the interwebz for almost two months, before he flew 3,793 miles from Tintagel, England to Illinois. Aiden’s a curlicue-haired, 16-year-old rarity. Before shredding the gnar, we chatted about his marvelous mum, money moves and management team.

Right now, this isn’t even my board. This is my manager’s board. I have one at home that is three or four years old. I can’t even remember what the setup is, but I definitely want to get a new one this month. I’m going to give some love to skating again. I definitely have a Baker deck, Independent Trucks and Bones REDS bearings. I honestly couldn’t tell you the wheels. I’m definitely a street skater over anything else. My favorite trick is a tre flip/360 flip. It’s going to take me a while to bust that back out though. I stopped maybe four years ago because my knees went to shit, and I kind of fell in love with music.

How has the discipline needed to be a skateboarder helped your professional development as a musician?

You want to commit to getting a new trick down. It takes a while, just like starting a new track or hitting a goal. It takes time. You’re never going to get it straight up. It definitely showed me that you have to have patience.

Which of the feature vocalists you’ve worked with had vocal chops that made you weak in the knees?

Ayelle on “Do It Better,” absolutely smashed it. The lead and drop were made by a little vocal cut that I took. Everything about her vocals is amazing. There are two tracks that I’m working on, at the moment, that I’m definitely having some fun with vocal chops. Stayed tuned for those.

Any concerns with your fast track to success?

My biggest thing is when I’m out here working I don’t get to see my family for long periods of time and the age thing. While the project was taking off, I was just finishing up school and doing my exams, which was stressful. I have my girlfriend visiting which is nice.

I heard your mom is a music critic. Does she tell you to shut your bedroom door anymore?

Yeah. I spoke to her about this on the phone the other day. I think she’s very thankful to not have the same 10-second clip playing for five hours straight every day. She’s the best. 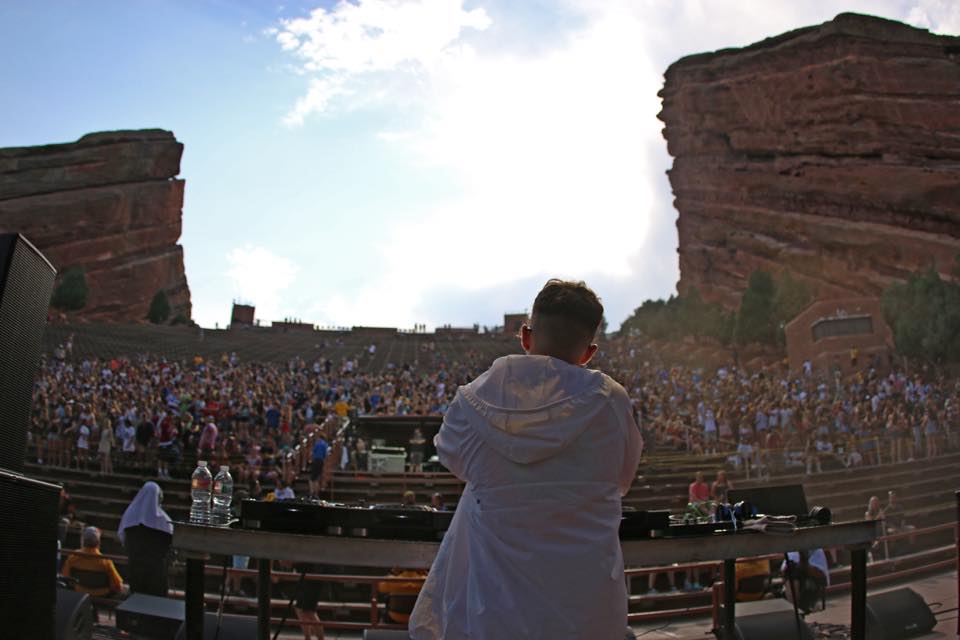 Zeds Dead called me up to premiere a track that we had been working on together since December. It’s been a long time in the making, almost a year now. We don’t have a set release date yet but this summer for sure. I have to make a few edits. I’m very excited about that one. TZAR sings on it. She absolutely smashed the vocals.

I had flown in from the UK the day before, so jet lag was beating my ass. I was super tired as well, just played my set and had the afterparty afterward. They pulled me up, and it was like “Okay, there’s 10,000 people there.” It was such a weird feeling and the most surreal experience. The funniest thing is that I had jumped off the table after it dropped. Then, Dylan from Zeds Dead handed me the mic and said, “Do you want to say anything?” I was like I can’t do this right now. That’s definitely one of the moments that I’ve had stage fright; there are 10,000 people there. I can’t bring myself to talk. Hopefully, I’ll do that the next show: get on the mic.

When were you told your first festival would be NYC’s Electric Zoo?

Something my girlfriend, friends and I like to do is drive up to the cliffs because we live right on the coast. It’s a two-minute drive, and you’re sitting on the edge of the most beautiful sunset view. We just sat there, chilling in the car for a while. Then, I pulled out my phone. I hadn’t checked it in a while. It was like, “Oh yeah, you’re playing Electric Zoo.” I’m like, “Holy shit, that’s awesome.” As far as venues and shows go, being based in Europe you’re kind of out of the loop on what’s the shit and what isn’t. I didn’t really know to what extent E-Zoo was. It was one of many festivals in the U.S. I knew were poppin’. Then, I checked it out and thought “Wow. Okay. This is huge.”

How does creating original content feel compared to flipping another artist’s composition?

I committed to doing remixes for the first year of DNMO. It was great, but I didn’t want to be restricted. I really like creating something that hasn’t been done before. When I started making originals again, it was awesome. When you’re remixing, songwriting is not really in the picture. To have that freedom again was amazing.

The key for me with remixes is trying to create something new with something old. When I sit down with some stems, I’ll take the vocals and try to build a whole track around that. I don’t just focus on switching up the drop and making the next banger. I’ll build a foundation just around the vocals. Then, I’ll start slowly adding the guitar stems, or whatever instruments they have in the original track, back just to complement it.

What has it been like growing up in a major holiday hub: Cornwall, UK?

The population is under 2,000. It’s the smallest place. What makes Tintagel special is the legend of King Arthur. He’s supposed to have his castle there. There are loads of old castle ruins that you can go and see. Personally, I’ve never actually gone to it. You have to go over a bridge and walk up a massive cliff, and I have the worst fear of heights.

Tintagel, and Cornwall in general, is the most beautiful place. My favorite thing is coming from working in the really big cities, where everything’s hectic, and then coming back home. Everything’s still. You’ve got the beaches, cliffs and rivers. It’s all I’ve ever known growing up. To be my age in somewhere so desolate, you either take the same jobs everyone’s been working for hundreds of years, do the same thing and just get by, or you do something different. I’m very grateful my mom still lives there. I like to come back. It’s quite revitalizing.

Why is having a “ride or die” crew like Audisbliss important to you?

You have to love the people you’re working with. No one wants to work with a dick. We don’t have a big office or flashy cars. We all currently live in a house together. Everyone’s just chilling, watching a movie or playing Xbox. You come up with these cool as fuck ideas. You wouldn’t if you were sitting in an office. I just love these guys. The thing that makes our situation so unique is that I see these guys like my dads. They treat me like their kid half the time. It’s great to have them care about you, not just the business. It’s pure love. 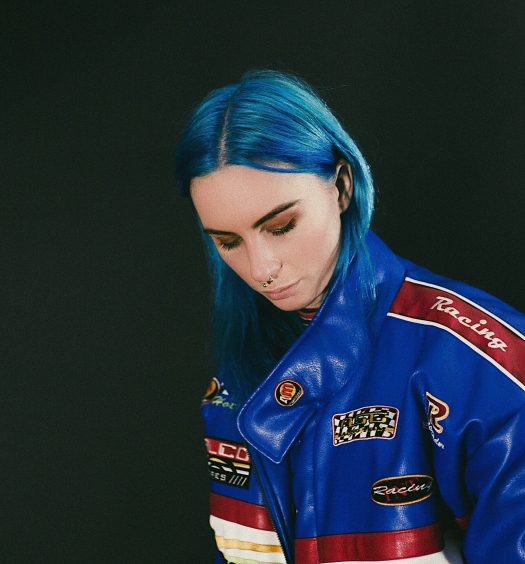 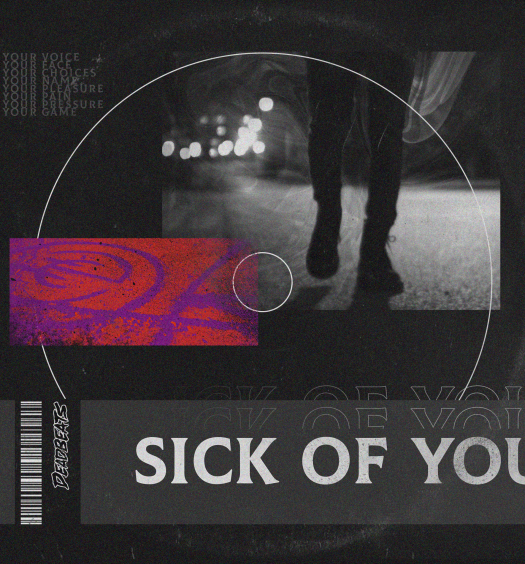