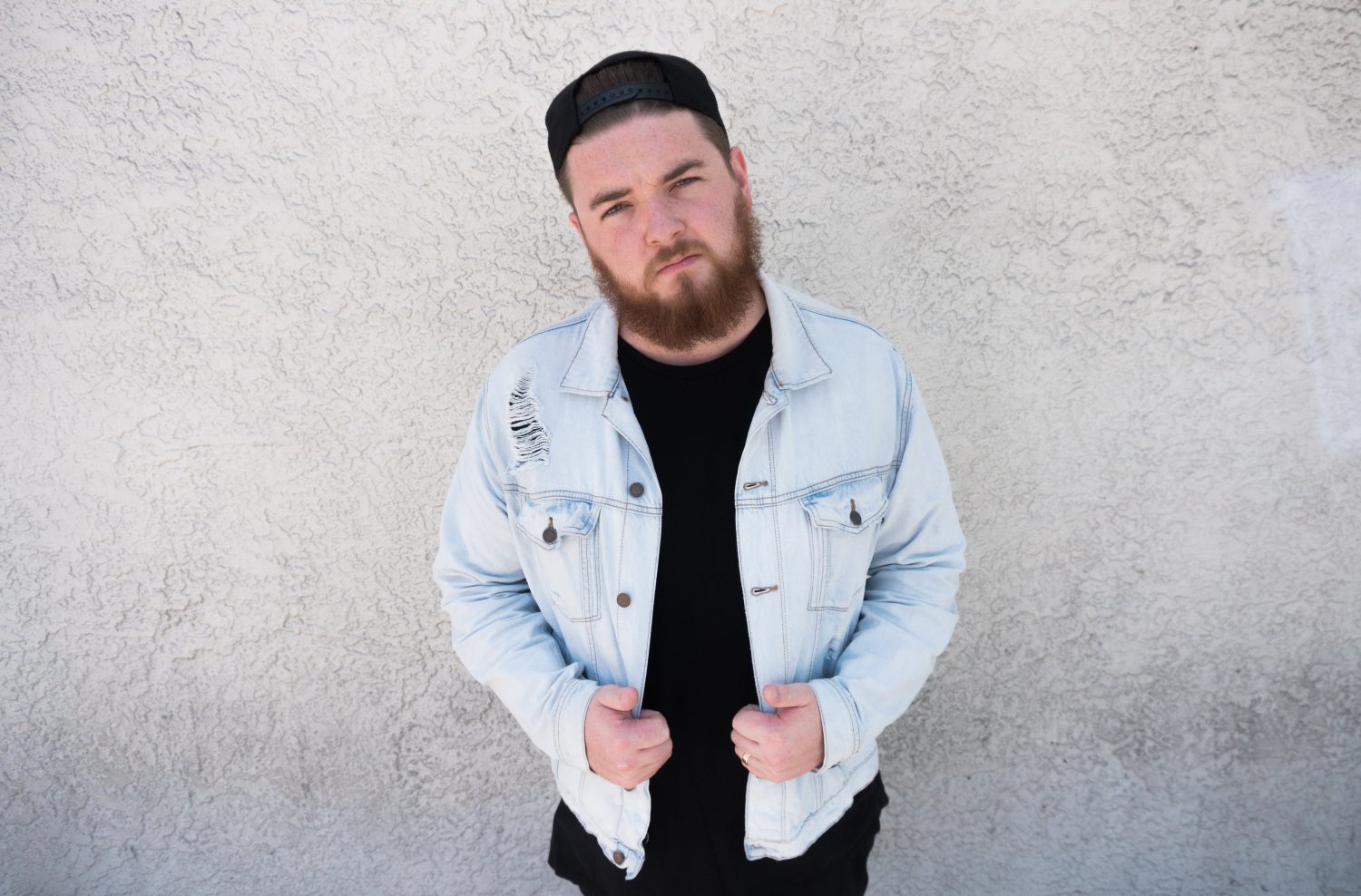 NP Exclusive: QUIX Looks Back on Going From a Full-time Landscaper to an International Phenomenon

NP Exclusive: QUIX Looks Back on Going From a Full-time Landscaper to an International Phenomenon

New Zealander QUIX had an interesting start. His humble beginnings as a landscaper quickly transformed into something many producers dream of and what seemed like an overnight success. But after chatting with the trap and bass mainstay, it’s clear that a lot of hours and hard work were spent to get him to where he is today.

In 2018 alone, QUIX has performed at festivals like Coachella, Electric Forest and Shambhala, kicked off his first Vegas residency at Drai’s and just dropped his brand new Illusions EP via Dim Mak. He was recently featured on the cover of Spotify’s ‘mint’ playlist and reached the Global Viral 50 charts with “Giving Up” (feat. Jaden Michaels). While his success skyrockets, we look back to his beginnings and how he got to where he is today.

You started releasing with Dim Mak two years ago. I remember when you first released with the label and a lot of people were just beginning to discover you. How does it feel to see such explosive growth looking back on some of those first releases?

It’s really weird to think that I was just kind of dabbling in music or thinking that it could even be a part-time thing. Now, I’m looking at myself traveling full-time and touring across America. People are relying on me and I have a lot of deadlines and everything’s gotten so much busier and bigger and intense and it’s just the craziest feeling. If I was to go back in time and try and tell myself, “Don’t worry man, it’s gonna be ok. It’s gonna go big,” that would have been insane. Back then, I was still working and pursuing my dreams. It hasn’t been easy the whole time, but it’s been overall an amazing journey for me.

So you were a landscaper while you were dabbling in music, right? What would you say was the most important thing that made you able to take it full time?

Yeah, it was kind of knowing a sense of balance. I had a lot of things going on in my life; I had work, I got married when I was 21, so that’s obviously a big deal in my life, and then I just had a lot of commitments that I had to make sure I knew balance for. Sometimes, I had to prioritize work over doing music. Even though I didn’t want to, because music was fun and exciting, I had to say, “Hey I can’t do this. I need to work and earn money and I need to provide for my family, essentially.” So it was a good sense of balance back in the day that set me up for knowing how to work this kind of crazy life. Now that music is full time, it’s obviously a lot easier, but the landscaping work prepared me for what I’m doing now: being tired, working really hard for a short period of time and then having a break, and then being tired again, and this whole sense of up and down.

I think that balance is something many people struggle with. It’s hard to find the time to work on music, or your passion, especially when you have a full-time job. I don’t think people realize that there are so many other things you have to make time for in your day, too.

Yeah! It’s different for everyone, so some people get it really easy where they were blessed with a family that is able to support them, and that’s amazing, but for some other people it’s a little different where it takes a lot of time to find their groove and whatnot. Everyone has their own story, which is amazing, but my story was a lot of time working in the dirt and picking up rubbish and finally being able to come to America and put my hands up, and go, “Alright, let’s go.”

Right. New Zealand is quite far away. Are you still going back and forth or do you mainly reside in America now?

We’re mainly in America, but we still go back and forth quite a bit because our family lives there. We have a spot that we’re temporarily camped up in, in LA, which is helpful for being in the LA scene and the music scene, but it’s also nice to still have a home back in New Zealand where our roots are and where our family is and where we feel comfortable. It’s the best of both worlds being able to temporarily post up in America for tour and then come back to New Zealand.

I’m sure being able to travel with your wife as your tour manager is really helpful, too.

That is probably one of the best things and about touring, and about our marriage. Obviously, our marriage comes first – music isn’t first. We were married before QUIX blew up, which was cool, but it was loving what we do individually and bringing that together that really makes the whole dream team work. She kills it.

So, let’s chat about Illusions. What kind of message are you trying to send with the EP? It seems like there are a lot of emotions running through it.

I wanted to show everyone that I’ve grown a lot since my last EP, and taken into account where I wanted to be as an artist and show people that I was still able to write the bangers and have fun, but I was also able to write really good melodic songs with words and lyrics that people would remember and be able to sing to and enjoy, not just in a club, but in their living room or in their bedroom when they’re just wanting to chill out. I wanted to create this massive diverse energy that came with it. I wanted to create this masterpiece of work, where people would be able to listen to the whole thing and feel like they had a combo of the best of everything.

Were most of the collabs on Illusions done in person or online?

Half of them were done online, half we wrote in the studio together. There are benefits to writing in the studio together because you can vibe off of each other’s energy and vibe and you can create an awesome piece of work. There’s a certain energy and emotion that gets in the room while you’re writing, and if everyone’s on board with that, you can create something awesome.

I was looking through your AMA – shout out r/trap – and I noticed you mention a writing camp. What that was all about?

Yeah, I love r/trap. So, that was done with the help of Dim Mak and I actually wrote “Ride or Die” in that writing camp with a couple of artists. We all got together and wrote it and got Reigan to sing it. It was crazy. It was my first time in a writing camp, just trying to write. I think over that period of time, I started like 7 or 8 different ideas. Pretty much, that’s the point of a writing camp–to get in there and write like 10 ideas in 3 days.

You also mentioned you have a collab with Kriscvhn in the works. You’ve been a big supporter in underground and up-and-coming names for a long time. Are there any other upcoming artists right now that you’re really excited about?

Yeah, Krischvn is a crazy guy. He writes the weirdest stuff that’s like groundbreaking, so that’s why I want to try and work with him. We’ve been talking and sending back ideas and whatnot, and it’s just a matter of sitting down in the studio and properly trying to write it out. I love my guy over in Brisbane, Yvng Jalapeño. He’s making some big waves in the scene with a lot of remixes. He just did a flip of Fisher’s track, “Losing It,” which is crazy, and then he just put a remix that slaps out on What So Not’s remix album. He’s on his remix game and he’s gonna come through with some originals soon. He’s killing it.

Do you have any goals that you’d still like to check off on your bucket list? I know you’ve played a lot of the major festivals.

Yeah, I’ve played a lot of the big festivals, which I’m so grateful for. To be able to represent New Zealand that way, and be like,”I played Shambhala, Electric Forest and Coachella in 2018,” is kind of ridiculous. I’d love to come back and play EDC Las Vegas next year. Also, I think my main goal is to play Red Rocks in Denver. That’s the dream, eh.

Next up, you have your RL Grime remix. How did that come up about?

Well, me and RL have been kind of talking for a little bit now, and in anticipation of his album release, he was like, “Look, I wanna get remixes for the album, are you interested?” I was like like, “100% Yes, that’s amazing.” I was keen to remix his song “Pressure,” but he wanted me to try and remix “Light Me Up,” and I was like ok, cool. This is one of the chill songs on the ‘Nova’ album, but my goal was to try and make it the banger version of that song so that when everyone wants to play it out live, they can play my remix.

You’ve had some crazy accomplishments in 2018. How do you go up from there?

Just more music. That’s what keep me alive – writing more great music, putting out great music and letting more people experience my music. The more people that experience it, the bigger the shows get. Just trying to do crazy things, play bigger shows and play to more people and fans and expand the QUIX brand. Just have fun, essentially.

Finally, anything you want to say to your fans?

I love everyone, everyone is amazing. Thanks for all the support on my EP. It’s been amazing. It’s great to see all the numbers skyrocketing. It’s so encouraging for me to keep writing and producing more and making more awesome music.

Find QUIX on tour by checking out all of his upcoming dates here. 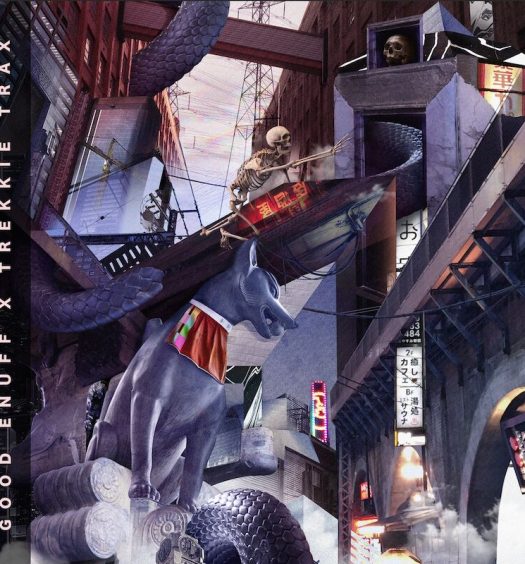