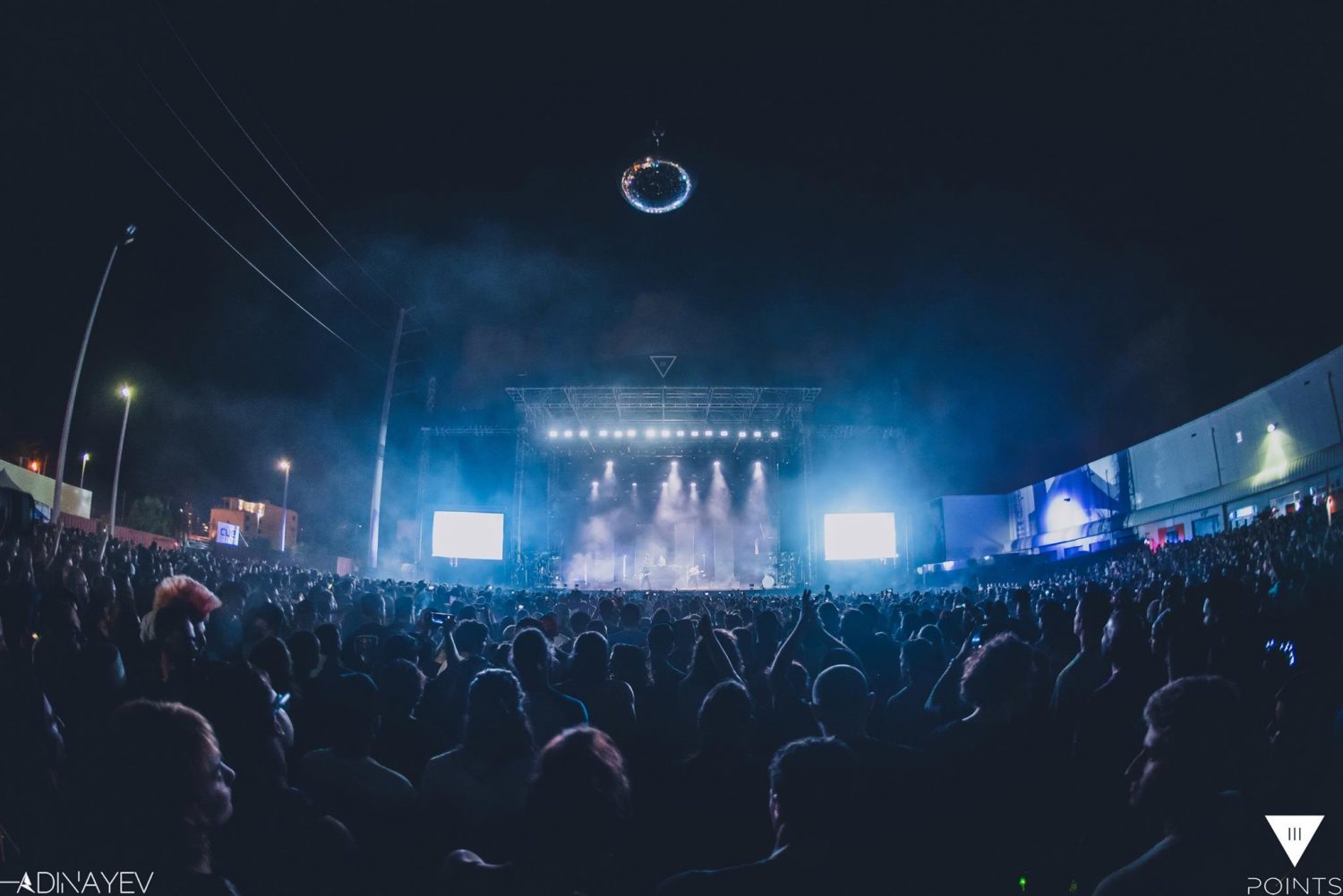 With III Points less than two weeks away (February 15-17, 2019), it only seems appropriate to make a list of what festivalgoers can expect to see and hear during the three-day festival. In previous editions, we could have just included a link to past articles and reviews, but that doesn’t seem right this year considering all the new twists. Let this list guide you for preparation to dance the nights away in the heart of Miami.

This is obviously not a shocker to anyone by now. However, the new date means something more than a different month on the calendar. It is, in essence, the ability to overcome adversity. The previous years that took place in October could not catch a break between the hurricanes and Zika Virus. February is far out of reach from hurricane season and Zika is a headliner that won’t be making a comeback. Additionally, the weather in Miami has been beautiful for the last two weeks with highs in the ’70s.

This lineup is by far III Points’ most diverse yet. There really isn’t an excuse not to go because they don’t have the sound you like. Want hip-hop or R&B? Go see A$AP Rocky (Sunday), Tyler the Creator (Friday), Raekwon & Ghostface Killah (Saturday) and Erykah Badu (Sunday). Techno, house, and ambient music will be showcased with the likes of Mariel Ito (Sunday), Peggy Gou (Friday), and Joy Orbison (Sunday). Jazz? Not a problem since the legend that is Herbie Hancock (Saturday) is headlining for guaranteed satisfaction. If indie is your thing, the beloved Beach House (Friday) and Blood Orange (Sunday) have you covered. Combine this roster with tour de force sound systems and a synchronized visual production and you will go through three days of self-actualizing auditory bliss.

Boiler Room is a broadcasting platform that films underground DJ sets. There is a cult-like following of the sets, which are recorded all over the world from London to Palestine. However, they are a rarity when it comes to Miami. III Points seized on this opportunity and will have an official Boiler Room stage for all three days. Take advantage of this and dance to their stacked stage lineup. You also get the added benefit of being filmed and possibly mocked later via YouTube comments. 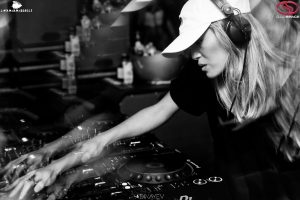 Some of Miami’s best DJs and producers will be taking over Mana Wynwood for the three-day excursion of bass and hi-hats. Look to the likes of Anshaw Black, Danyelino, Dude Skywalker, Patrick Walsh, Thunderpony, and Will Renuart, for techno and house. Ms. Mada will also be performing again this year for a second time. Ms. Mada, whose real name is Rachel Tumada, spoke to Noiseporn this week about her excitement and gave words of advice to attendees:

“Not sure how to say this without sounding so cliché, but expect the unexpected. Come with an open and curious mind. Explore. Discover. Engage. Indulge. This is how to experience this year’s III Points Festival. Miami’s music scene is more vibrant than ever and I’ve never been more proud to be from here.”

If you want to take a break from the pulsating beats, go check out the melting pot of electronica by Miami’s Butterfly Snapple or the hip-hop fusion duo named Paperwater. Daygee Kwia and Eddy Samy, the two that makes up Paperwater will be performing at III Points for their second year. When asked about their excitement, they had this to say. 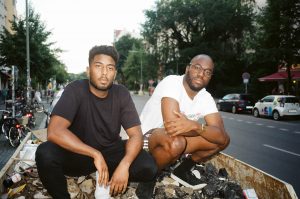 Daygee: “We are really excited to debut our full band this year at III Points! In the past we would play off ableton with the push 2, TR8 and CDJS, but over time it naturally turned into a live performance, especially with Eddy being featured on many of the tracks.”

Eddy – “I am looking forward to hearing how our upcoming EP “Slow Down You Are Moving Too Fast” sounds live, and how we can push the production side. It is a big transition step to the next phase of Paperwater.”

There is something inherently noble about putting so much local talent into the lineup. III Points understands that Miami produces and plays some of the best music around, so why not showcase it all?

III Points cherishes the Miami art scene. Every year, they blend art and music into wonderful, contemporary pieces that are found throughout the festival grounds. This year, you can expect to see installations by the likes of Judy Chicago. Don’t be scared to take some time out of your festival schedule and explore and interact with some of Miami’s best pieces.

With Miami being one of the food capitals of America, you can expect to eat a wide array of culinary delights while you take a quick dancing break. There are plenty of vegan options as well as food for carnivores. Since III Points falls on Valentine’s Day, the festival has teamed up with the Parisian/Persian restaurant Fooq’s to cater a lovely dinner with you and your sweetheart. You can book “Dinner & A Show” which will allow the two of you to watch a headliner in a VIP area while eating delicious Persian food. As someone who has been to Fooq’s multiple times, I can tell you that this place is one of the best gems in Miami. The menu will include seared halloumi and figs, fish of the day, and sour cherry tahdig.

Whether it be the attendees, staffers, or production members, III Points has some of the friendliest people around. Striking a conversation is effortless. What they might lack in neon PLUR apparel, the people more than make up for with their love of the avant-garde community. Plus you might be able to get a bro-hug from our good friend, David Sinopoli, as he roams around the festival.

All we can do now is simply wait until February 15. When the time comes, explore something new and old, expect the unexpected, and don’t stop dancing. Tickets are still on sale. 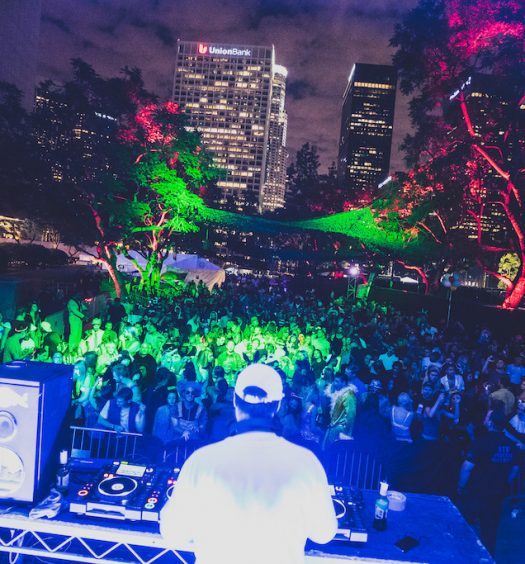 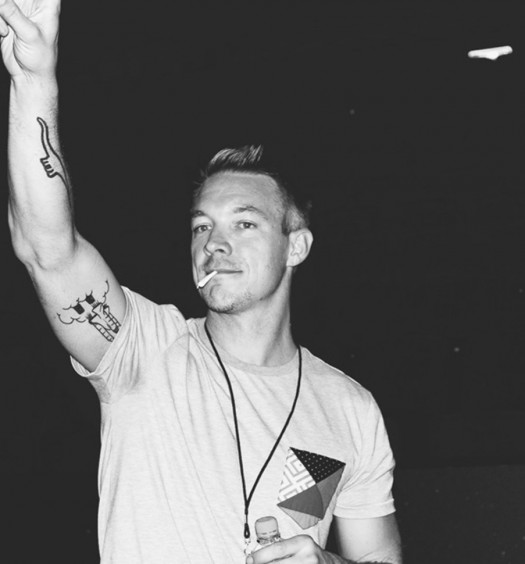