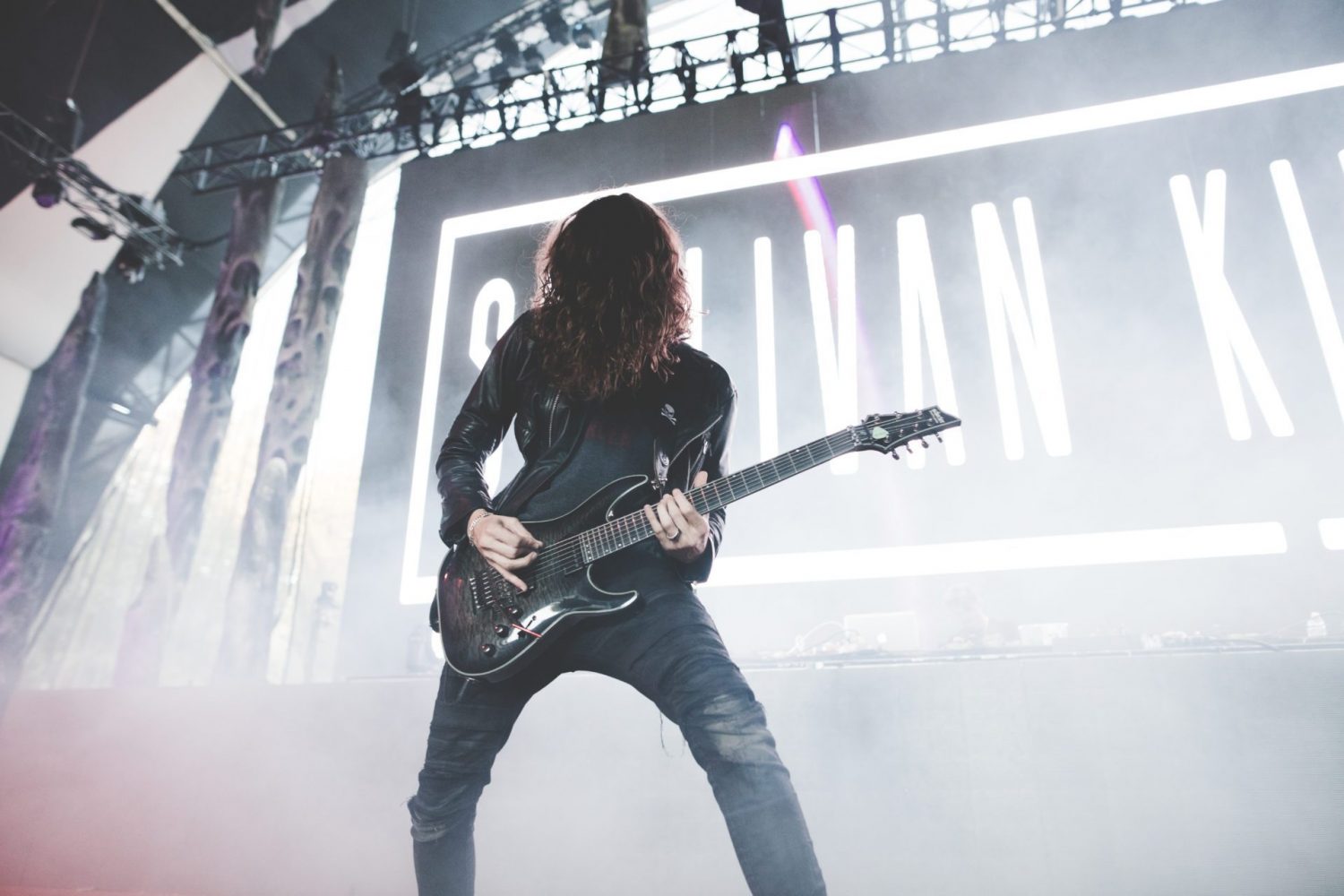 Since 2014, LA-based DJ/producer/multi-instrumentalist Keaton Prescott, better known as Sullivan King, has totally dominated the bass music industry. Through amalgamating the brutal sounds of metal and dubstep, the artist is the spearhead of the highly demanded hybrid genre.

Thanks to his mother, Keaton discovered his love for music in his early teens after she encouraged him to find a hobby. Drawn to learn how to play the guitar, he dove head first into guitar-based music, cutting his teeth on Van Halen, Pantera, Metallica, From First To Last, Chiodos, Atreyu, Bullet For My Valentine, and more. A couple of years later, courtesy of the tastes of the global gaming community, he was introduced to names such as Skrillex, Rusko, Avicii, Wolfgang Gartner, and more. The rest is history.

Today, Sullivan King’s signature sound has resulted in a massive following, including over 375,000 monthly listeners on Spotify, nearly 70 thousand followers on SoundCloud, and tens of millions of streams. He’s worked with acts such as Excision, Riot Ten, Dirtyphonics, Kill The Noise, Dubloadz, Black Tiger Sex Machine, Snails, and countless others, truly solidifying his place among the industry elite.

We caught up with Keaton at the inaugural Forbidden Kingdom Music Festival to discuss the evolution of his craft, what inspires him, and his plans for the future.

It’s arguable that the heaviness associated with the boom of the metal/hardcore scene between ‘05-’10 closely parallels – and progressed toward – the rise in popularity of the filthy sounds of the bass music scene today. What specifically led you to bridge the gap between the two?

Frankly, it was just kind of what I had looked for and wanted to hear. It just wasn’t out there, except for a riff or scream here or there. So I took a leap of faith and went for that full, integrated sound. I basically felt like, “if no one else does it, it’s going to be a lost chance.” So that’s pretty much how that happened.

Your blend of electronic music and metal has become nothing short of iconic. What would you say is one record that helped to define who you are now as an artist?

There are definitely a few. I’d say the first one that popped off would be “Fuck It” with Riot Ten back in 2016. Everybody from Zeds Dead to The Chainsmokers and dubstep acts across the globe were supporting it, and that was the first song with a breakdown and cool riffs, so that was kind of what [defined the Sullivan King sound].

Can you offer insight into your creative process as a songwriter/sound designer/producer?

There isn’t really a specific way I go about any song for the most part. I think a lot about whether or not I’ve heard a particular sound before, waiting for those moments where you’re like, “Wait, that’s different.” Maybe it’s a sound that you’re not sure of how to go about making that work in a song, and then going, “Ok, cool. How do I make that work in a song?” and then building off of that. That’s kind of where innovation comes from, doing something like that.

So you’ve said that you actually spend a lot more time listening to metal rather than EDM. How does that factor into the way you go about sound design?

I think that keeps things as personal and unique as they can be, because if I’m worried about what everyone else is playing and what the trend is, then I’m not being true to what I’m actually trying to convey. So, by listening to stuff that inspires me songwriting-wise, guitar-wise, and instrumental-wise, since this is such a sound-design-heavy genre, I feel that it’s good to just let everybody else do their thing, and just worry about sounding like you.

Considering the numerous tours and collaborations alongside other big names in the industry over the years, are there any artists who inspired you to view producing or performing differently than you initially had?

Oh, absolutely. One of my best friends, Grabbitz, is just one of the best – if not the best – songwriters that I’ve ever met in my life. He really was the person who pushed me to start singing more live. When I first started out, I wasn’t doing any singing or screaming and it wasn’t until 2016 with songs like “Fuck It” that I actually started to put that into the music. He was definitely a big reason for that.

Speaking of tours, how has providing support on Excision’s APEX tour been?

It couldn’t be better. Honestly, the shows have been insane, the crowd has been insane, and everyone’s been reacting incredibly to the genre, the sound, and everything. It’s a nice change of lineup. You’ve got HE$H, me, and Squnto, and we all have our own twist on bass music; you’ve got HE$H who’s super trap and hip-hop-based, you’ve got me who’s super metal, Squnto who’s super riddim and underground sound, and obviously “Captain Bass God” Excision, so it’s been really awesome. Most nights, I’ve been performing “Wake Up” with him, and that’s just been an awesome experience to see fans react to that together. We get to put on a big production.

How do you overcome the adversities, if any, associated with your stacked schedule in correlation to your personal/family life?

There really aren’t many. My job is basically my life, and this is what I do. It’s pretty easy. You miss family and stuff, but we just make sure that we carve out time when we’re home to go to dinner, catch up, stay in touch, and stuff like that. But I always have my wife with me and we get to travel the world together. For the most part, this is my business and my life and I definitely treat that as my number one priority next to my marriage, so I’ve just made that work.

Did you encounter any difficulties regarding your recent release, The Demented EP?

Yeah, definitely. One of the things that I’m really proud of with this EP was that there were a lot of changes that went into certain songs. “Show Stopper” was an incomplete song for months; I just couldn’t find a way to bridge certain parts together or an ending that I was happy with, that did something fun giving it a different viewpoint instead of just being like, “Oh! Here’s dubstep, cool.” “The Demented” was probably the easiest song because I had written it in a day. It had a cool riff and a cool vocal, and it just came together quickly and smoothly. But I worked on “Lie” for months and months. It’s a really simple song. You wouldn’t think that so much time went into it, but there were so many elements and ideas I was playing with. I was just kind of learning a way to strip things down and give it one voice, and this is where it ended up, which is cool.

You’ve got a cover of Swedish House Mafia’s “Save The World” coming out soon. What was the most exciting part about putting that project together?

It’s something that I’ve wanted to do for years. Since the last “Metal AF” remix, that was the next one I wanted to do, but I had spent so much time on different collaborations with Excision and Black Tiger Sex Machine, and so many other things that were happening last year; it just kind of slipped away from me. At the beginning of this year, I was like, “I’ve got to finish this thing. I’ve got to get it ready for the tour,” so we left January 31 and it was done that morning.

What can fans and new listeners expect from you throughout the year?

A lot of the same, just better: bigger tours, more shows, more festivals, and definitely a lot more music. I’ll be keeping up with that big demand. I’m going to give them everything that they want. 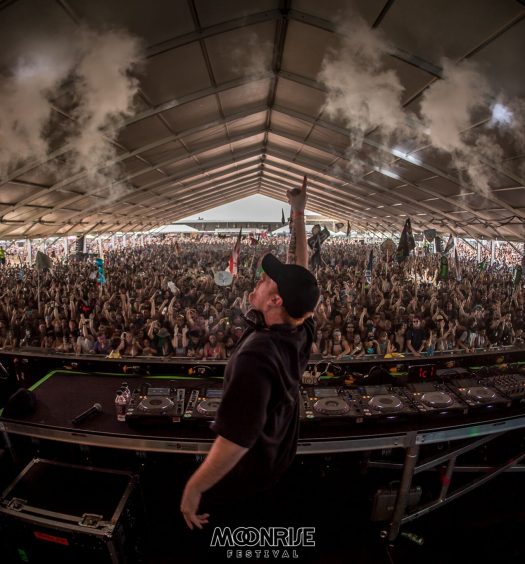 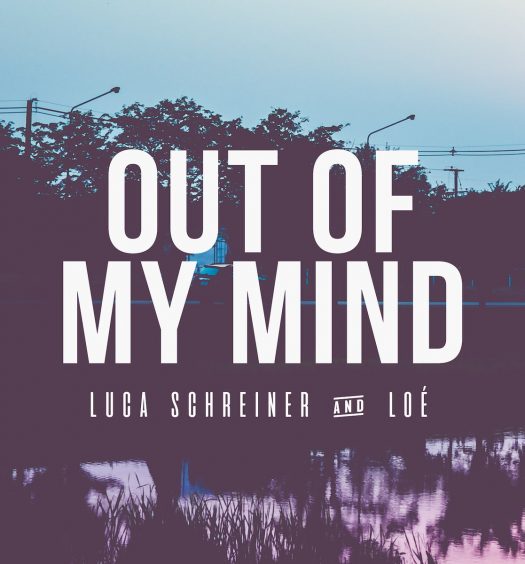