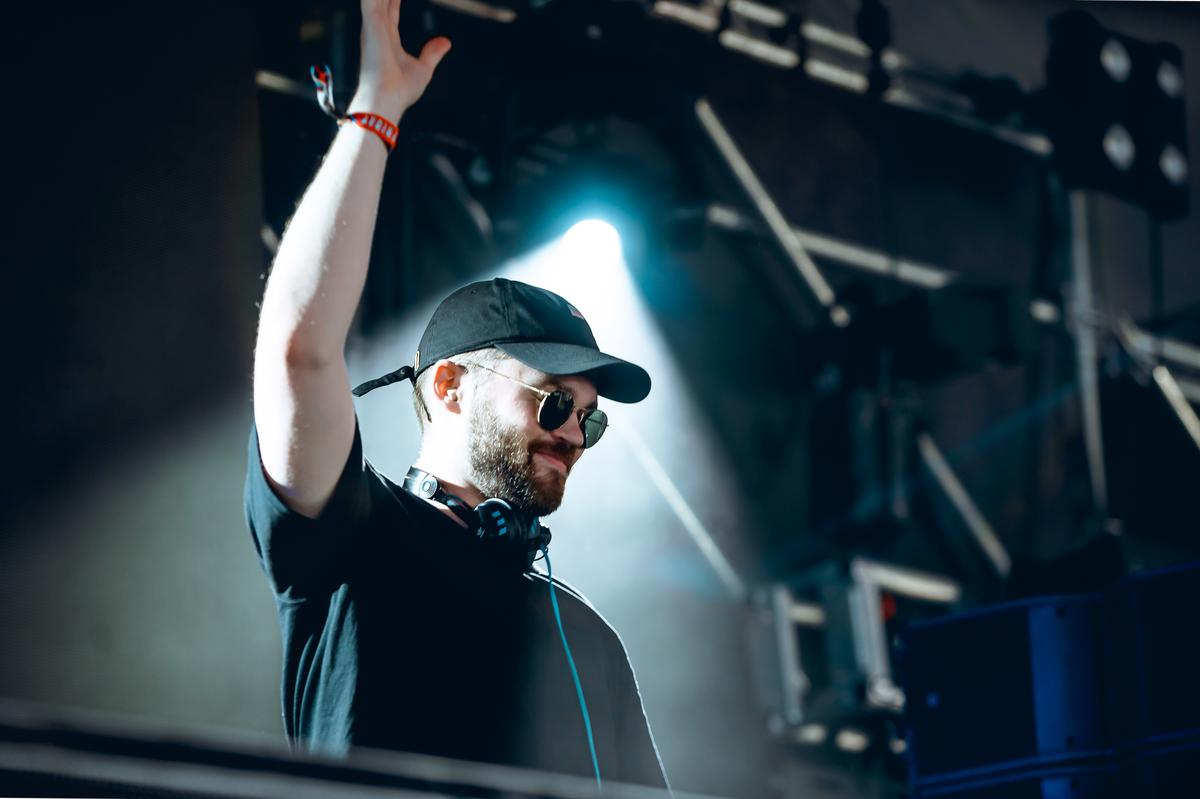 A 3D holographic diamond took shape, stage right, when Dom Dolla’s seductive “Take It” lead kicked in. Brohug encroached Spring Awakening Music Festival’s The Function Stage as the Melbourne-based maestro closed out his untouchable tech house set. A true artist doesn’t compromise their work yet resembles a veiled chameleon—the most readily adaptable type; he successfully read the Chicago crowd and gave the people what they didn’t know they wanted. One hour prior to Dolla’s aforementioned performance, we chit-chatted about his fruitful festival schedule, UK debut at EGG LDN and Purple Disco Machine remix as Ghastly coincidentally played “Deceiver” on the Solstice Stage behind us.

Why is SAMF magical?

I’ve literally just walked in. The staff backstage is so patient and friendly. It’s not something you see at every festival, especially a festival that just moved locations. I don’t know whether it’s people from Chicago or because the sun’s shining and everyone’s excited. People smile and say “Have a good day.” It’s in contrast from people saying, “What do you want? Show me your pass.”

When playing a b2b festival weekend, how do you customize each set?

At SAMF, I will play songs that have a bigger kick drum, bassline and impact. At the end of the day, you are competing with the other stages—even if people have come specifically to see you. It’s a great opportunity to earn new fans. If I can crank it up a notch and keep everyone engaged, I’ll be able to walk away without burning any of my old audience and without alienating anyone else who comes to check me out.

At Splash House, we’ll be the only stage open at that time, and it’s a pool party, so a lot of them probably listen to house music. I’ll get a little bit more experimental. I’ll be able to do that simply because I know that I’ve got their attention. 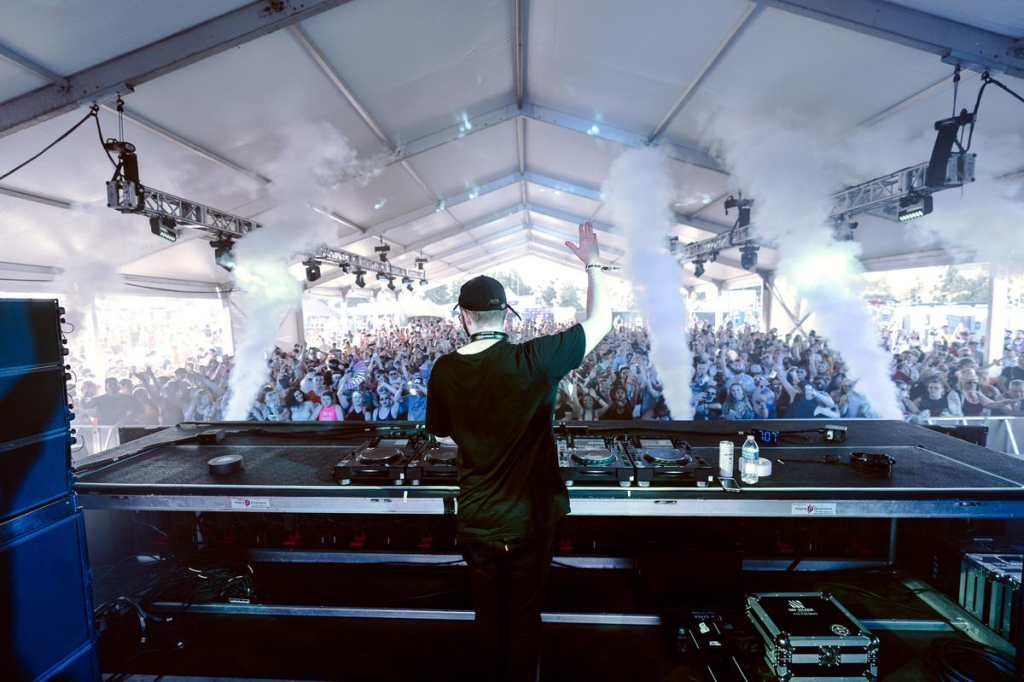 In a previous interview, you mentioned that Canada feels like a second home while abroad. Where else in the world provides Dom that same sense of comfort and familiarity?

Downtown Chicago reminds me a lot of Melbourne, how it’s laid out; we’ve got a river that runs through the middle of the city called the Yarra. Melbourne’s also very clean. There’s something subconscious that makes me feel content when I’m here.

Why is Spilt Milk’s expansion to Ballarat important?

Regional Australia doesn’t get many events of that scale; Canberra is only a city of a couple of hundred thousand people and so is Ballarat. Melbourne and Sydney have millions of people. It’s rare for kids who live out that way to have somewhere they can go to see their favorite artists and express themselves. Canberra had their event and now Victoria, where Ballarat is, has the opportunity to do the same.

Who hooked up Fridays at Egg—your UK debut?

That gig was organized by the UK-based Coda Music Agency. They’ve been looking for somewhere suitable to have my first show in London for a while. I’ve heard it’s the perfect fit from friends who live there. I’m pretty psyched.

What hook are you addicted to at the moment and why?

This song is not even a dance track, it’s a singer/songwriter from New Zealand called BENEE. She has this song called “Evil Spider,” and I’ve listened to this song 500 times in the last week. The melodies in it are as addictive as shit. We’ve both been booked for Split Milk. When I’m writing something, I start with the melody 99% of the time. Then, I figure out what story I’m trying to tell and tie that into the lyrics.

Tell me about the time Purple Disco Machine’s Tino Piontek asked you to flip “Body Funk.”

It was actually an email exchange between myself Tino, our managers and the record label Club Sweat. They knew I was a fan of the original and pitched the idea of a remix last year. I was initially concerned he wasn’t going to be into my version when I finished it, as it was pretty intense in comparison to the original. I was quite wrong; he loved it and went on to start playing it in his sets that week. It was pretty special to me to be considered as the third remix alongside Carl Cox and Claptone.

Which shapes can Dom Dolla cut?

Do you know what’s funny? Cutting shapes, where I’m from, just means dancing in general. I had no idea that cutting shapes was a dance style until after all these people started shuffling to “Take It.” I could not believe it. I accidentally put it into this world. I have a friend back home in Melbourne, Australia who runs an afterparty brand called Cutting Shapes, and that’s where I got the idea from. It’s a really cool hook and lyric; it means “Come on over, and dance with me.” The only shapes that I can cut are with a pair of scissors and a bit of paper. I’m not a dancer—that’s why I DJ.