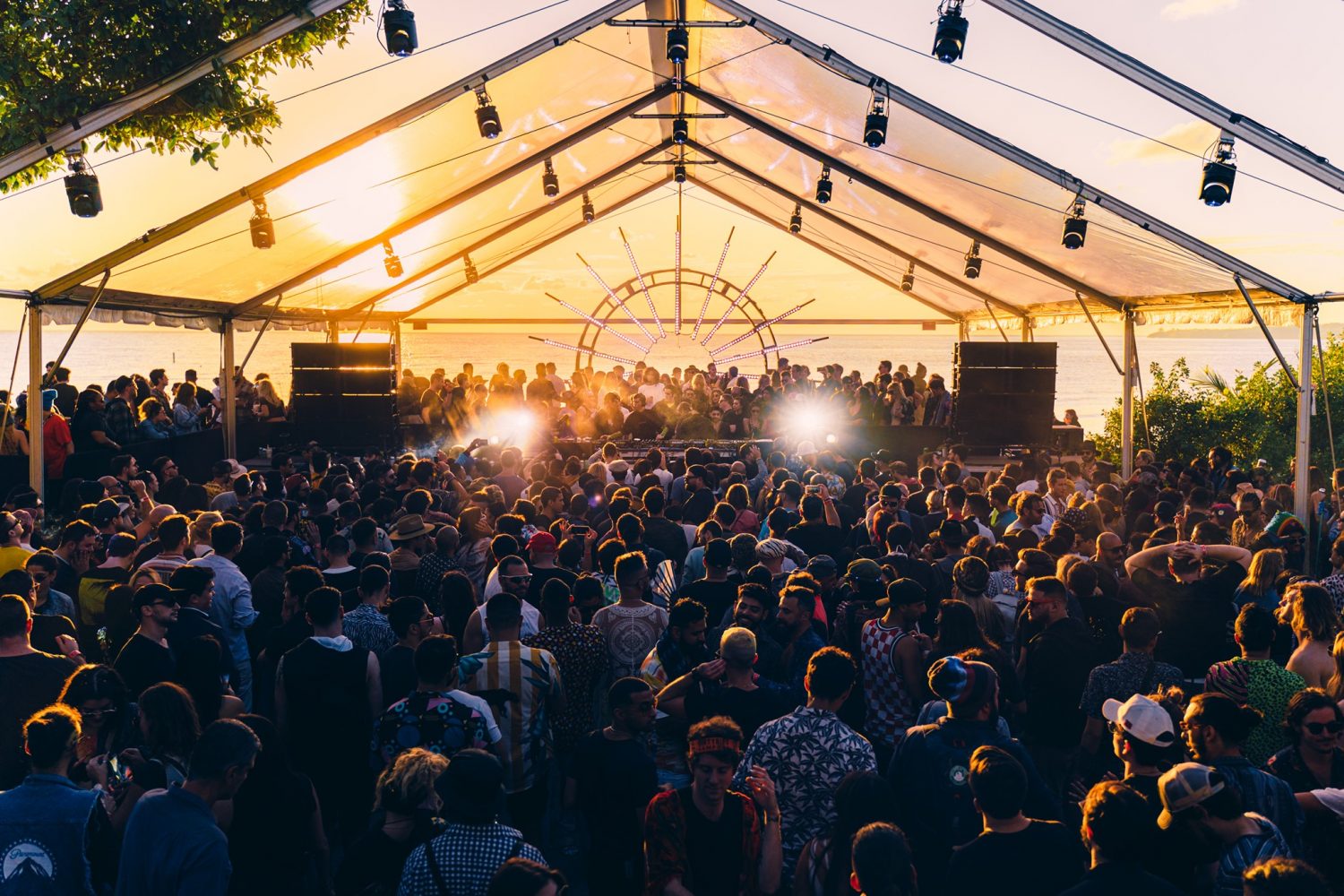 Let’s face it: Art Basel in Miami is getting as big as Winter Music Conference. Miami’s best venues have endless parties and galleries showcase the most high end and often confusing art on the planet (look no further than the $150,000 banana piece). However, if Art Basel truly wants to outshine WMC, it must have a music festival; and that festival must be unique and please the hoard of art hipsters flooding the already crowded streets of Miami.

Rakastella answered this call and had the third edition last Saturday at the Historic Virginia Key Beach Park. Rakastella, meaning “to make love” in Finnish, opened their doors at 3 p.m. and was set to close out at 7 a.m. the following day. The lineup was expansive—with many artists from the record labels Life and Death and Innervisions—and was the talk of the town for techno and house lovers. The sun had already disappeared along the horizon and a clear, dark sky was looming overhead.  A cool breeze kept the mood light as the beach area was full of attendees taking quick breaks from dancing.

The three stages, Marjory, Julia and Where Are My Keys, each provided a distinctive thump that bounced between straight funk with fat bass lines and deep, in-your-thoughts techno. Jadya G was playing Julia, a tent with a clear awning, lights and a collection of LED panels behind the DJ. Jadya G brought a level of funk that Miami has not seen in some time. Her style made everyone dance in a euphoric boogie with some classic disco moves to match. She swayed the audience for an hour and a half as she danced like a machine in her silky onesie. Ben UFO followed with a pure mental, fast-paced hodgepodge of breakbeat and techno that may have forced some of us to take a break.

The VIP area held tiny cabins that were decorated with avant-garde art and mementos, each giving the cabins their own identity and flare. An old Volkswagen bus was converted into a DJ booth where local Miami DJ, NII Tei, was playing a deep sound. Nii Tei often traces his Ghanian roots in his music and creates something uniquely groovy and melodic.

It is difficult to recall a festival so focused on keeping their environment protected. Virginia Key was littered with “Keep Her Wild” signs persuading the audiences to recycle their cans of beers and water and avoid littering. I too did not know of canned water. No plastic straws were used and patrons wanting to buy merchandise were asked to return the proactive plastic lining instead of risking the chance of it ending up in the water. The food booths—all tasty and chic—made sure to leave no trace with their delicious flair of foods and herbal teas by utilizing such things as paper straws. The festival hosted a beach cleanup on Tuesday to drive their devotion to “leave no trace” even further.

Over at Where Are My Keys, the tent brought a more intimate vibe with a smaller stage chock-full of both international DJs and local Miami talent. The mighty Danny Daze–a hybrid of global status combined with being a Miami native–destroyed the stage in his typical fast-paced sonic sound while he wore a classic Adidas tracksuit. Danny Daze and his impact on Miami cannot be overlooked. Just a little up ahead was the Hi-Fi Teagarden; an area full of rugs, vintage chairs, and lava lamps decking out another DJ booth, and made for an excellent chill out area.

Waves dissipated gently when walking to the back of the Marjory Stage. Spain’s John Talabot was playing eerie techno that captivated the crowd and made them dance in a snakelike rhythm during his journey of discovery through dark sounds. The tranquil motion of the waves rubbing against the sand was heard all around. The sky was spotted with luminous starlight whose alignment was as if the stars moved just to watch over Rakastella.

Only halfway through Talabot’s set, Kink was already setting up for his live performance. Kink’s setup is expansive and every techie’s dream. The coils of wire from keyboards and mixers were labyrinthian and buttons flickered on and off eagerly awaiting the artist’s touch.

The Bulgarian DJ started with a gentle piano melody that was built upon with kicks, claps and bass— all impromptu and yet, so methodical. Kink would sometimes have a lucky audience member tap some keys on his keyboard to add to his symphony of electronica. 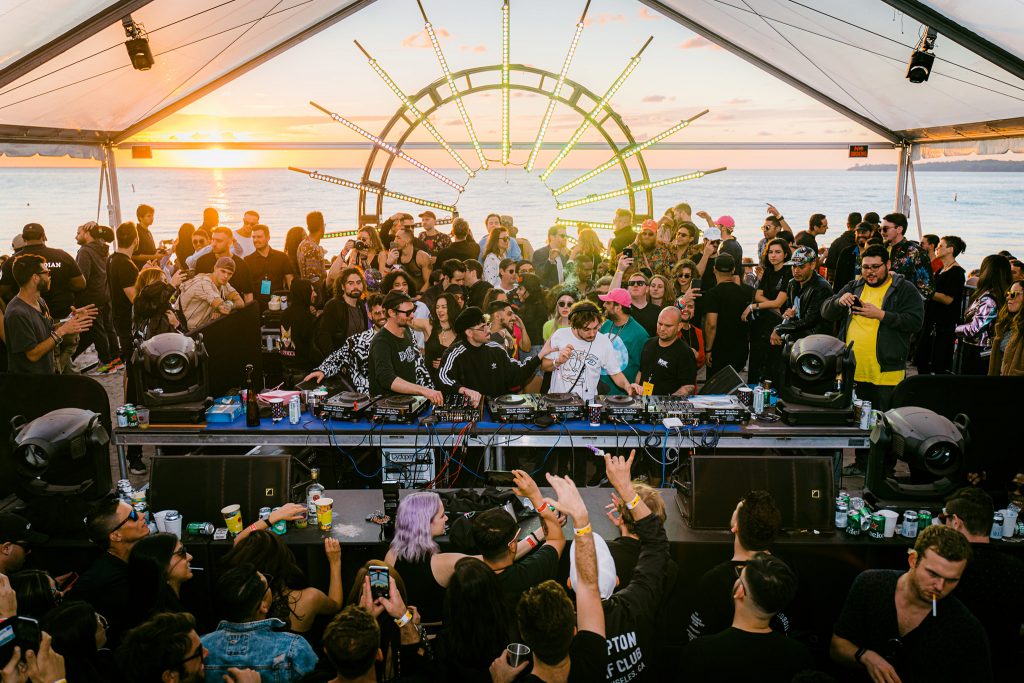 Things were going crazy and then . it all went off. No one knew why, but technical difficulties thwarted the crazed maestro. Kink smiled a smile of frustration that he was maybe all too familiar with; however, Kink made the best of it and started to improvise (even more so) off the fly. By the time his improvisation was over, the system was back running and he closed out his set in a wave of house and melodic pianos. Kink was drenched in sweat from all his dance moves and moving his hands all over his vast armory of technology.

It was 2 a.m. and the night was just beginning for the crowd who strolled to see an extremely rare Motor City Drum Ensemble set. The German DJ brings a rather controlled mixture of breakbeat and house that other DJs cannot easily replicate. The set lasted over three hours and engulfed the crowd into the morning hours. The tent was packed and even John Talabot stayed for a while to check out his colleagues. In fact, it wasn’t atypical for DJs to stick around and cheer on their hard-at-work partners.

The sun was peaking overhead and the Majory tent was like a raving cabana. The serene waters of the Biscayne Bay juxtaposed the lighting and speakers. The crowd was dozing off on the beach; moments of self-reflection were definitely needed for the 17-hour banger.

Rakastella is no longer a festival that revolves around Art Basel. It is a festival that can stand on its own two feet and be successful anytime of the year. The ethos of Rakastella is something so new and refreshing and reflects their bohemian mission. The only question now: what do they have in store for the new decade? 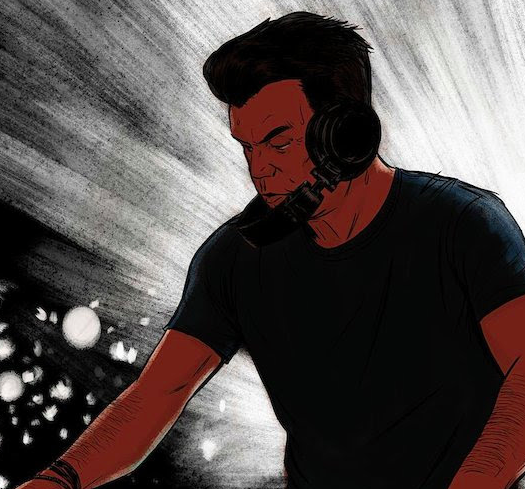 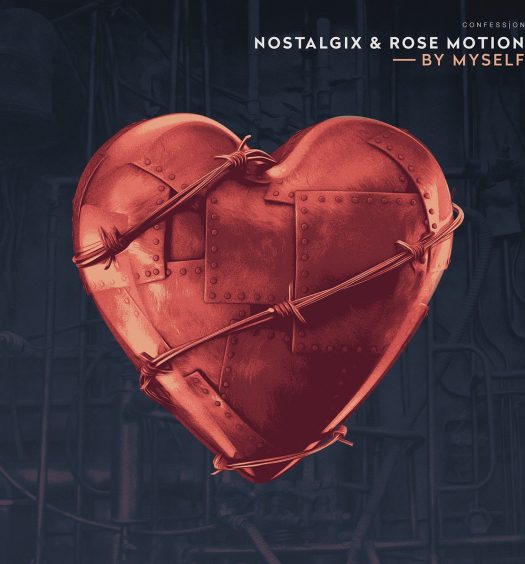 Nostalgix & Rose Motion Channel a Mood With “By Myself”

Read More
Nostalgix & Rose Motion Channel a Mood With “By Myself”