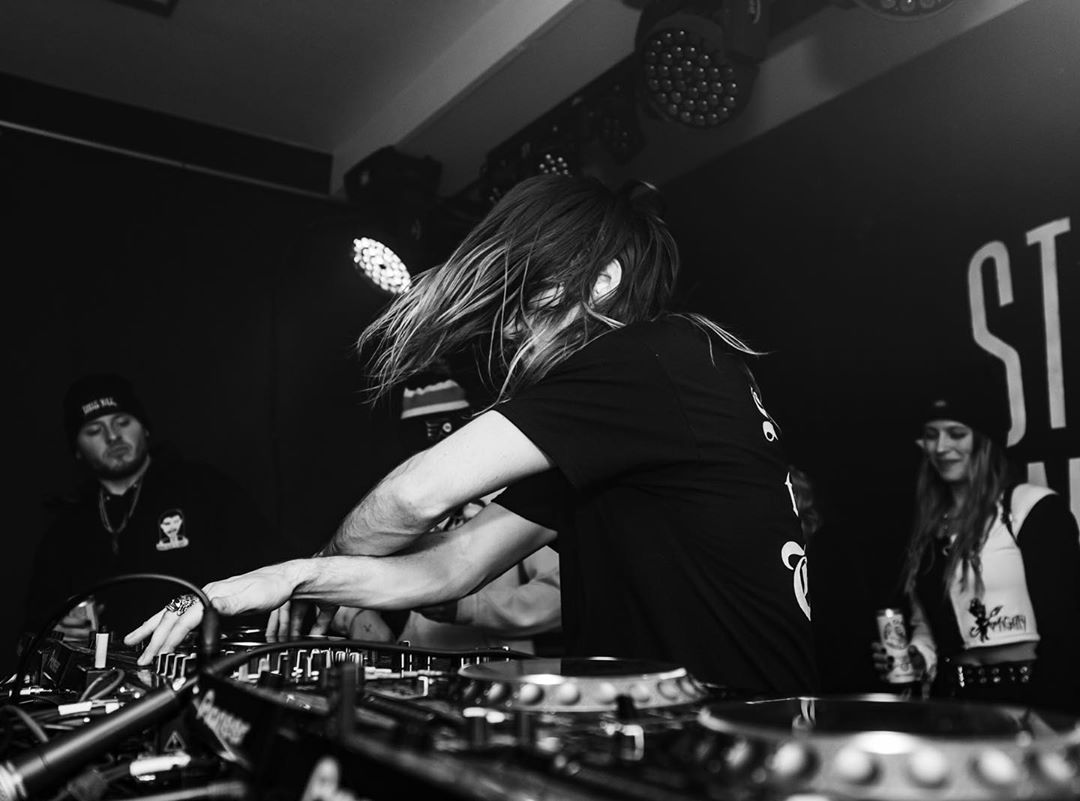 “Have you met Pat yet?” enthusiastically inquired Deadbeats Label Manager Harrison Bennett. I shook my head no then leisurely turned around to find this bright-eyed character towering behind me. Jaenga‘s Patrick McDevitt looked a little bit like Kev from Shameless, a little bit like Hooks from Zeds Dead and a lot of bit like our Lord and Savior from the bible; the resemblances were uncanny.

Outside of McDevitt’s novelesque backstory or thirst for liquid DnB, his magnetic nature and haggard skate deck piqued my curiosity.

One week later, we were giggling on Facebook video chat about his hot-off-the-press Deadbeats EP — LINGUISTICS, Emerica‘s 2003 classic “This Is Skateboarding,” life four years into mission: renegade bus and beyond.

Would you rather shred El Toro with Ed Templeton, Heath Kirchart or Andrew Reynolds?

Well, there’s no way I could shred El Toro — just putting that out there; if I could, it would probably be with Reynolds because I wore his Reynolds 2 shoes for years. He was my favorite skater for a while, and I’d love to see him frontside flip that in person.

If I could do any trick down El Toro, it would probably be something crazy like a nollie kickflip bluntslide. In all honesty, I’m pretty rusty, so I need to get my artillery back. I keep treflips in my back pocket.

What song would Pat use for his skate video part?

The song that was used for my skate part was ‪Jimi Hendrix’s “All Along the Watchtower“; we used to make a bunch of skate videos when I was younger. Now, it would probably be a ‪Motörhead track, something that’s like thrash, you know what I mean? It parallels skateboarding so well.

When did you begin looking like a modern-day Jesus?

I always wanted my long hair, but my parents wouldn’t let me grow it out. The moment they weren’t paying attention, by the time I reached 10 years old, I started growing my hair longer and longer. Eventually, it was long. There was nothing they could do about it at that point.

My hair is all over the fucking place when I play a set. Sometimes, I can’t see what I’m doing because my hair is in my face, but I don’t care. I couldn’t see shit if my hair got in my face when I was skating: same thing, different sport. 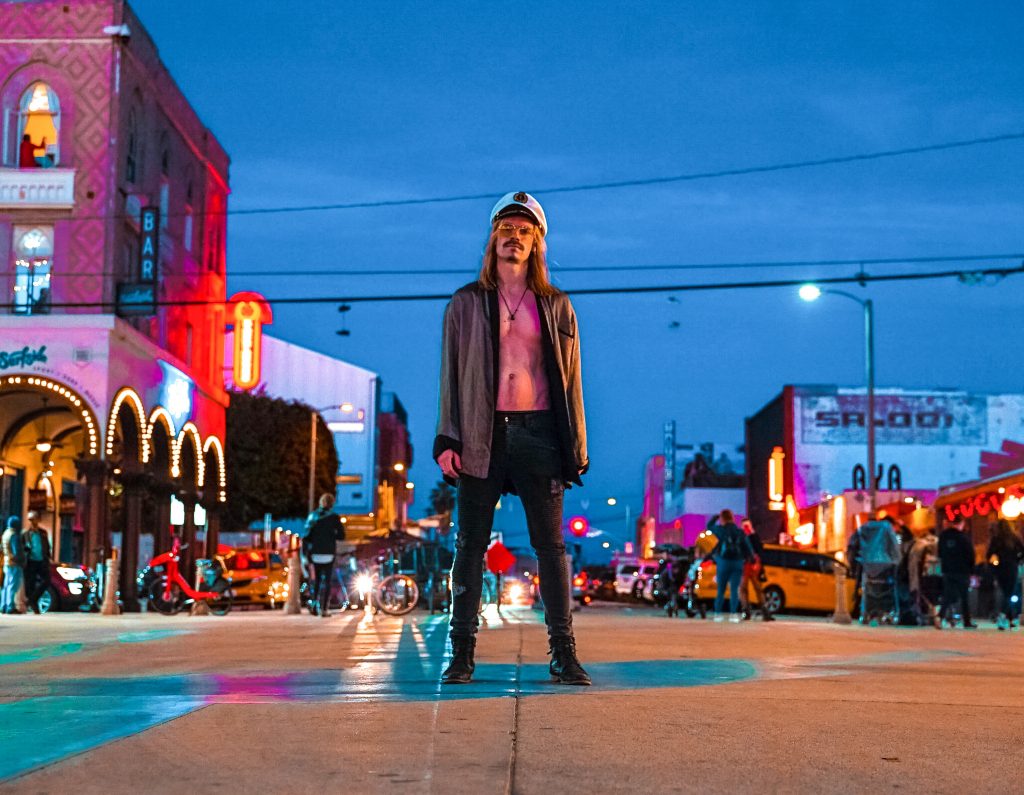 When’s that School of Visual Arts cinematography degree going to be put to good use once again?

I use it pretty regularly for my recap videos. I work closely with my photographers and videographers. We discuss shutter speed and ISO — down to what lens they’re using. Specifically for videos, we get pretty in-depth with planning those. If we shoot in Miami, we’re going to explore what Little Havana’s all about, and we are going to have a drone.

I love film and think it plays a large part in music these days. There’s a lot of people that might not be at a show that wants to know what the energy was like. It’s a great thing to be able to make that product and put it out for everybody that wasn’t there, so they can feel like they were part of it in some way.

Tell me about being an army brat as well as how supportive Mr. McDevitt is.

New York is the only roots I have because we moved around so much. I was born there and went back in third grade. We lived in Virginia, Texas, Arizona and the UK; my dad retired shortly thereafter. Then, I moved back there for good in eighth grade. Whenever I thought of home, if I was in another part of the world or if someone asked me where home was, it was New York.

My dad never pushed me to join the airforce. He never even hinted at it. He was able to see, at an early age, what I gravitated towards. He saw what made me happy, so he pushed me towards those things and actively supported them. I always loved skateboarding, so he would drive me to Vans Skatepark every single weekend, would watch me from the fence and cheer me on. He bought me my first guitar in London because he knew that I really wanted to get into music. He surprised me when we went to Guitar Center by buying me a guitar and amp. By asking if he could hear something new or see a new trick, I received constant encouragement. Having that every day, from somebody in your life, is such a great thing. He’s such a g. I love that dude. 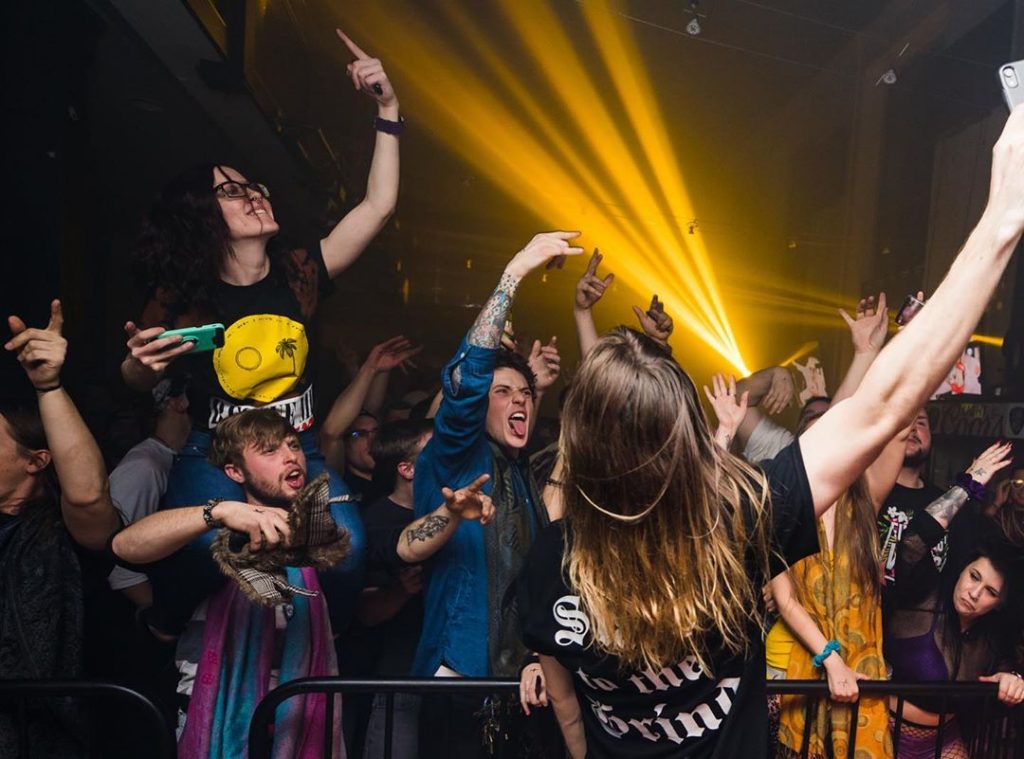 How has your attitude towards the music industry shifted, if at all, since Toulambi began gaining traction?

Nobody ever gave me the time of day, and I was always cool with that. That’s the reason why I pushed the underground circuit as much as I did and tried to grow my own thing with friends in New York. If somebody’s not going to put me on a lineup or release my music on their record label, I don’t hold that against them.

There are far more logistics and deadlines involved. You start seeing it as more of an industry. Before, we were off with the wind doing whatever the fuck we wanted to do. As long as we had a generator to run the sound, a keg and all of our friends showed up, we were Gucci. I still want to push that culture, but I understand that when you are a part of someone else’s entity, there are more responsibilities.

Who is the most tell-your-grandchildren-worthy person you’ve ever met on tour?

GRiZ is the coolest dude. He came on my bus, at Camp Bisco, the first year I brought it there. I pirated the RV lot and thought I was going to get kicked out of the festival. GRiZ came to my bus, because of a tweet, and brought the whole festival with him. It was like three in the morning. I had three tracks out at the time; I was just trying to DJ parties and have a good time. Then, there comes this headliner who wants to play my bus.

At the time, there were like 100 kids on the bus. The first question he asked, when he came on the bus, was “Whose bus is this?” I was like, “Oh, hey. What’s up, man? It’s mine.” He shook my hand, said “cool bus dude” and proceeded to destroy his set. It was incredible. It was a heavy set too. He played some heavy dubstep. There was no saxophone. He was the catalyst to that bus becoming a staple at Camp Bisco. He gave it value.

We’re out here in the parking lot, being nuts; it almost felt like two different worlds. You have headliners that are making a shit ton of money, and they have so many fans. For a while, I thought it might have been below the headliners to come through. For them to come out, made me feel a lot closer to the music scene. As I started becoming friends with a lot of them, it made me realize that we are all pretty similar — here because we love music and connecting with people.

Which new and sexy production techniques did you try out on LINGUISTICS? 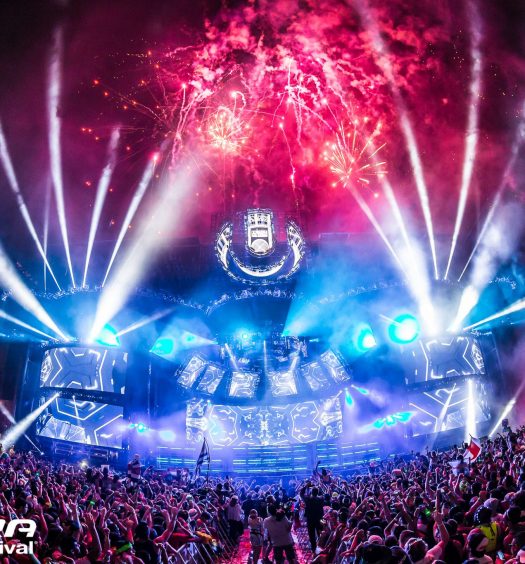 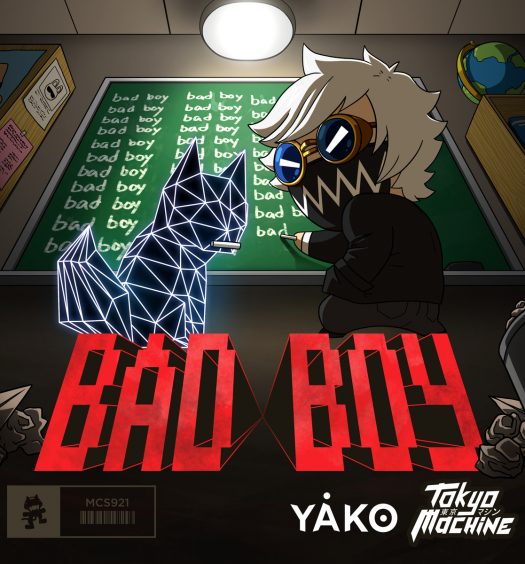 Tokyo Machine & YAKO Team Up for “BAD BOY” on Monstercat