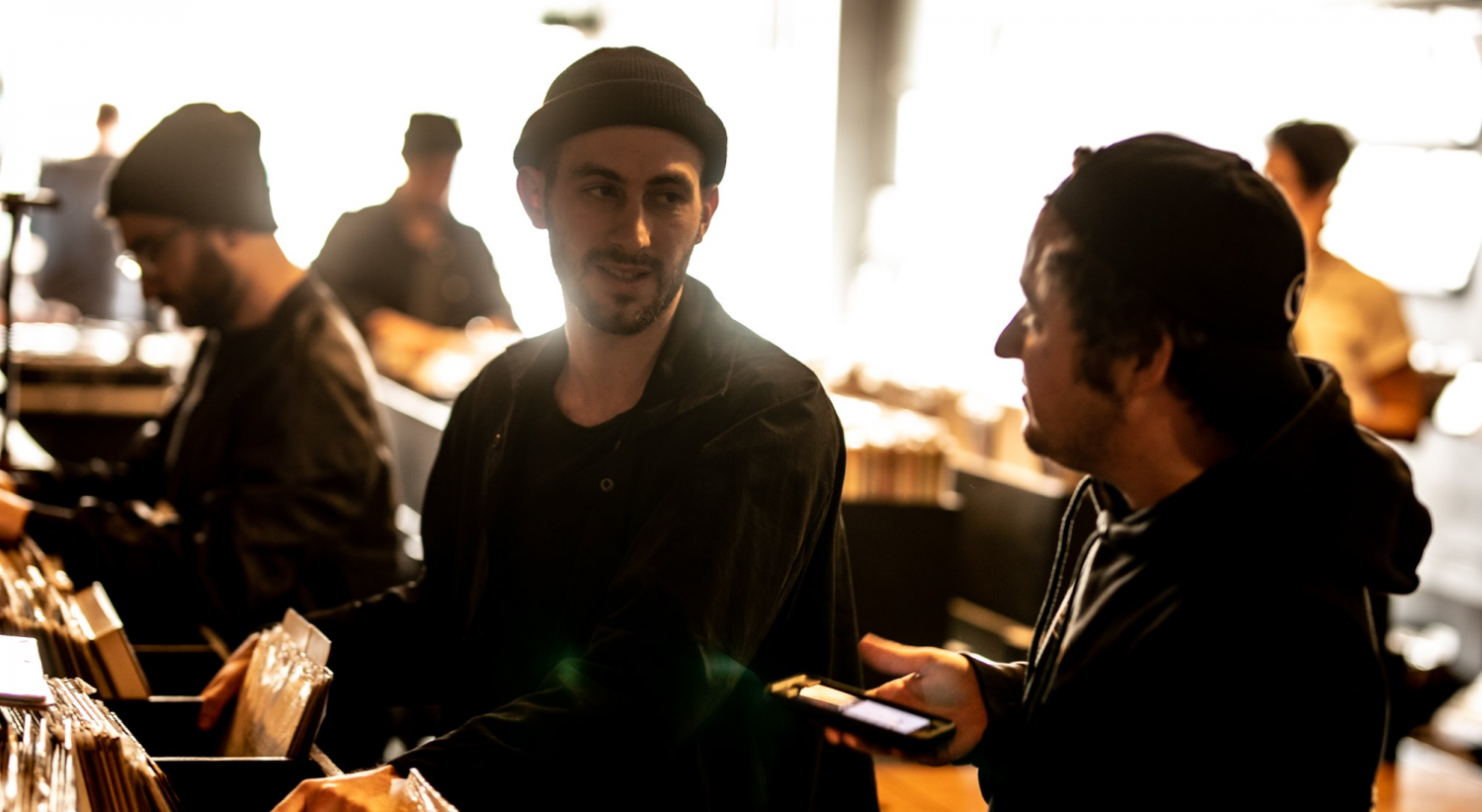 Even though I’m 31 years young, when I grow up, I want to be like Angeleno Harry Levin — Led Zeppelin lovin’, middle school band nerd, ska enthusiast. At 27, Levin is ICON Collective College of Music‘s Marketing and Events Coordinator in addition to a freelance journalist for Billboard, Beatport and Dancing Astronaut. Prior to that, he was a Dirtybird Records Social Media Marketing Intern as well as Infamous PR‘s Publicity Intern. As a marketing professional myself, Levin bestowed his wisdom on me; like his, my purpose in life is to share ideas. I hope that you walk away, after reading this interview, seeking yours.

Tell me, in detail, about your position as ICON Collective’s Marketing and Events Coordinator as well as what you’ve learned over the past year in this position.

The goal of marketing is to manifest an experience. In this case, we want people to sign up for our school. The thing about ICON is that we don’t want just anybody to sign up. We have about a 40% denial rate. We need money to keep the school going and expanding, but the way to do that isn’t by focusing on making money. The way to do that is by focusing on making the best program and finding people who want to make music for the right reasons.

I’m not a producer, but part of the admissions process is an in-person interview with an admissions representative. Graduates of the program make up the entire admission department. My boss, the marketing director, used to be ICON’s admissions director. One of the things I asked him to do when he took over as marketing director, was to conduct the admissions interview on me as if I was attending the school. One of the questions he asked me was, “What do you want people to say about you at your funeral?” That’s basically asking, “What kind of life do you want to lead, or what is your purpose?” Our goal at ICON isn’t to curate a roster of alumni who are rich and famous. We want to train artists who are fully in love with their craft.

My values align with ICON because that’s how I’ve always treated journalism. When I started in journalism, I didn’t think about money at all; I thought about going to shows and writing about them. It’s fucking magic. If you are truly committed to making art, the glamour doesn’t matter. We have graduates from ICON like JAUZ, and we also have graduates from ICON that nobody’s ever heard of before who are writing music for Selena Gomez.

Something that happens all the time is people will come to ICON, and all they want to do is make dubstep bangers. It’s [ICON] only a year-long thing. At the end of that year, they’re like, “I don’t even care about dubstep. Just because it’s good party music, it’s not a reflection of the art that I want to make.”

When people talk to their friends about ICON, the first thing they say is, “This place changed my life for the better because it made me understand myself. It made me realize that music means more to me than I ever realized before.”

What would you say to producers who they think can do it by themselves?

Think about the way you like to learn. Part of the reason ICON does the interview process is because they want people who work best in that collective environment: being surrounded by other people, learning on a school-type schedule and having assignments.

There are people where that learning style just doesn’t work for them. Whereas sitting at home, watching YouTube videos and learning entirely at their own pace, perfectly works for them. Neither is right or wrong. If you don’t make it into ICON, that doesn’t mean you are never going to reach your goals. It doesn’t mean that we are saying you suck at producing. We’re not saying that you are a bad person. We’re just saying, “Look, we’re being honest with you that we just don’t think this will be the best choice for you.” The admissions rep who interviewed them would be like, “Look, really think about your interview answers. Really work on your productions. Give it six months, and then reapply.” Admissions will have people email them, “I’m thankful I didn’t reapply because I started working on music through this other route. I already feel so much better about it.”

Being in the school, I’d hear, “How do I find my sound? How do I make music that doesn’t sound like everybody else.” The way you do that is by making music you authentically love because every fucking house track in the universe sounds like every other house track. Cut through that, and don’t hold yourself to the standard that your sound is gonna be some groundbreaking thing that nobody’s ever heard before. What makes your music original is you.

What’s the secret to getting a byline for publications like Beatport or Billboard?

I didn’t set out to write for Billboard. That was never a goal I entertained. Everything I’ve gotten through journalism was based on the idea that I love to write. I love to share ideas, and I’ve been doing what I love — actively — for six years. After working my way up through the 90% free work aspect, for five years, the most I got paid for a single piece was $15. Obviously, I’m not going to forget to mention all of the festival and show tickets I got for free; that was definitely a huge factor in deciding to go down this path. After five years of not giving a shit about being paid and just doing it for the love, people recognized that. Then, the people I knew gave me opportunities that would get me paid. With Billboard, Infamous PR has a stronghold on all the southern California/southwest festivals and dance music brands; they’ve got Dirtybird, Desert Hearts, Symbiosis, Lightning in a Bottle and Do Lab — in addition to super cool artists. Being in SoCal and wanting to go to those events, I kept working with them through emails. From there, I was meeting them in person at events. Five years later, we became really close friends. I did an internship at Infamous PR in 2018.

This is all while I’m still doing excellent journalism. Then, Holy Ship! Wrecked came around, and I was going for Dancing Astronaut because they run that event too. A week or two before the event, Infamous asked if I wanted to cover it for Billboard; the person they are going to ask to go is the person they know, the person who has done great work for them.

Beatport was the same thing; a friend of mine who used to write for Mixmag in L.A. I got to know him through going out and all that good stuff. I told him, “I’d love to expand my portfolio. Let me send you some pitches.” I sent him six or seven, and they all got shot down. He became familiar with me and what I like to write about. Then, he got hired at Beatport. I saw all this cool stuff he was doing. I said, “Yo. I’d love to be involved. I’ll send you pitches.” He said, “Actually, I know you like features. That’s your thing, so we do this artist of the month feature, and that’s usually something we tap freelancers for. “Do you want to do GRiZ?” I was like, “Yeah?” What I tell people about interviews is that they give me faith in humanity.

So, how do you get bylines in those places? Develop relationships with publicists, actively reach out, and do good work. If there’s an artist that puts out a song you love, try to find their press contact; ask then, “Can I do a quick email or phone interview? I loved their song and would love to talk to them about it.” People are so receptive to this kind of thing because it’s a big pontification. The publicist will like that because you put in the effort. You have the power to make changes in your life. That’s the long and short of it.

You are a renaissance man, having professional experience in public relations, journalism, marketing, event coordinating, social media and even broadcast. Which specialty are you most drawn to and why?

It’s not about any surface-level specialty. It’s about finding a job and doing things that align with my purpose, and my purpose is to share ideas: both mine and other peoples. Marketing for ICON allows me to share ICON’s ideas which in turn helps me to share the students’ ideas.

It’s not about what I’m doing. It’s about why I’m doing it. It comes down to the old, classic paradox: “If a tree falls in the forest, and no one is there to hear it, does it make a sound?” Not really. There might have been a better guitarist than Jimmy Hendrix, but nobody knows who he is, so it doesn’t matter. It’s about getting people to hear that tree fall because that’s how the world moves forward.

I want to work with [record] labels because I believe that is the best way for me to serve the music industry as a whole. In my opinion, independent labels are the paragon of integrity in music. When I find a new label based on a cool artist or album, I can pretty much guarantee that I’ll be into 90 percent of that label’s catalog. What that tells me is that the people curating the releases are committed to putting out consistently great music.

My taste in music is an extension of my purpose, and I have pretty good taste — if I do say so myself. I can’t wait until I am using that taste to help discover artists and share their ideas with the world while using my own in service to the larger force that is the label itself.

Working at Dirtybird definitely contributed to this point of view because Barclay [Crenshaw] maintains that same level of integrity in running it. I know for a fact that he listens to all the demos submitted to Dirtybird because I have seen it with my own two eyes. He’s at the point in his career where he certainly does not have to do that anymore, but he does because he cares about Dirtybird, and he cares about the next generation of house music. He wants to put out the weird stuff. He wants to give the artists making weird stuff a chance. I want to do the same just under a wider genre umbrella.

When did music become a significant part of your life?

It was like hitting my peak, in a certain way, at the beginning. Finding Zeppelin was the peak and also the bottom. It was the best way to start. I was like, “Holy shit! It doesn’t even matter that there is never going to be any music better than this ever to me. Wow, music can be this awesome? Let me just find as much other music as possible.” I will mend that statement; when I was younger, my tastes were much narrower. I got into electronic music probably last out of all the main, five or six genres. I still haven’t heard anything that’s better than Zeppelin, but the fact that there’s so much out there, and it’s all unique in its own way, is thrilling. 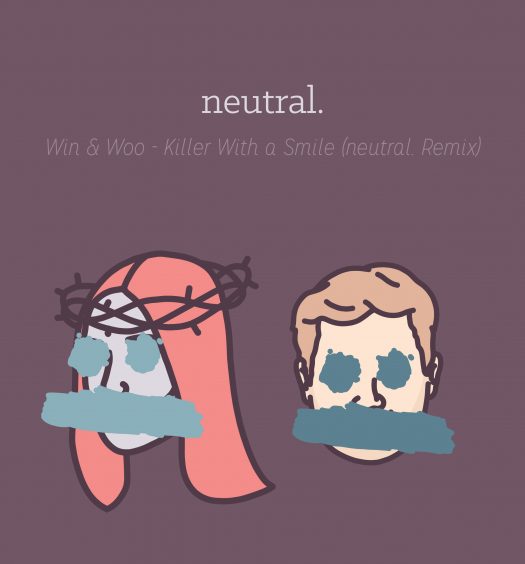 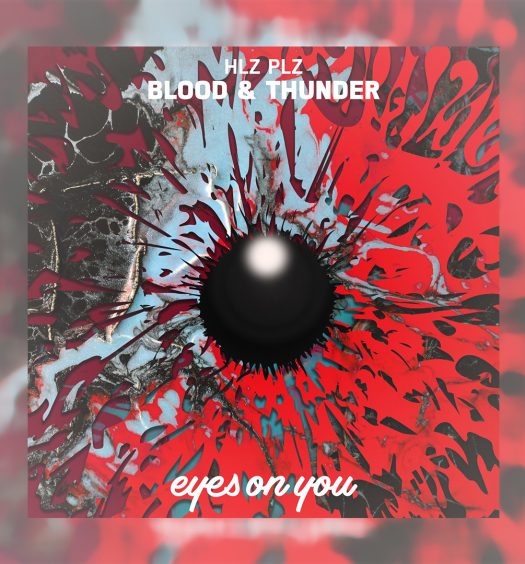